Why Apple Will Never Make A Game Console - AppleMatters

The prospect of Apple making a game console has been discussed before, but if Apple were to do such a thing it would entirely kill what the company is aiming for and thus become a failure.

When Microsoft released the Xbox in 2001 it was a new contender in the video game market. Many were accustomed to the already big names such as Nintendo, Sega, and Sony. Entering and dominating the console market was no easy task, but Microsoft pulled it off and was able to create a console worth playing while focusing on media capabilities.

This trend is continuing today with consoles focusing not just on game play but networking, media playback, and becoming what computers already are.

As time goes on consoles will become multi-core consumer supercomputers with the potential to pose a threat to the PC market not only because of the power, but also because games are made specifically for that hardware configuration and operating system so the need to upgrade won’t be for another couple years at the very least.

Now let’s say Apple does decide to enter the console market. How would it compete with Sony, Microsoft, and Nintendo? Nintendo is in the lead and their strategy varies greatly from its competitors. Instead of focusing on HD graphics, next generation drives, and extended media capabilities, the Wii focuses on a cheap, family-oriented console, forgoing the use of high-end hardware to create a 300 dollar gaming device. The inclusion of a next-generation gaming controller has also led to its dominance in the market, encouraging users to just enjoy the game. 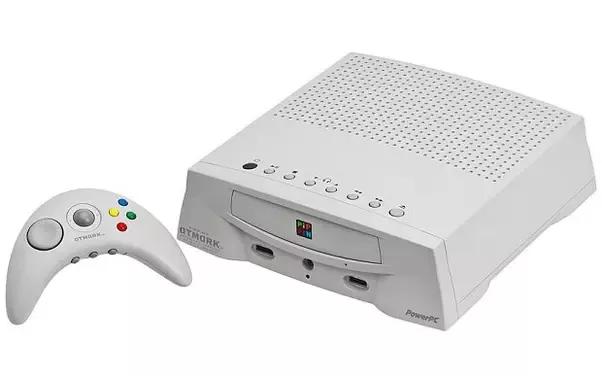 This is something Apple cannot do, the cheap end of the console market. The sweet spot is focusing on casual players and forgoing hardware that would force Nintendo to sell the console at a loss just to get close to a price point the consumer would like. The PlayStation 3 is sold at a loss in order to promote Blu-Ray, and the same goes for the 360 but Microsoft is relying on making a profit later as the cost of hardware goes down.

How would Apple penetrate this? No doubt their pricing would be close to a thousand dollars and the hardware would be close to the specs of a current Mac and include a Blu-Ray drive with media capabilities meant to stream from iTunes.

Hmm, media capabilities…sounds a lot like the Apple TV, doesn’t it? Apple already has that in place to promote its iTunes/iPod/iPhone campaign so let’s subtract media capabilities. That will leave us with high-end hardware (for a console) that is close to the specs of a Mac if they decide to go with Intel for the CPU, which would be likely due to Apple’s great partnership with the company.

If this console is so reminiscent of a Mac, why even create it? Apple needs to focus its efforts on gaming on the Mac, which compared to what Microsoft can offer with Windows is very weak. Instead of creating a console with specs that won’t change for about 3-5 years (with the exception of faster disc drives and increased storage), focus on enhancing gaming on the Mac. This can be done by piggybacking off of Windows in some way to play the many games available for the competing operating system until game producers become drawn to OS X and what it can offer with gaming.

Another crucial aspect is hardware upgradability. Despite what Apple and Mac users may think about big box towers, you have to admit they are very accessible and upgrading a component can be done in under a few minutes; this is something Apple either lacks or excels at which is only exclusive to the Mac Pro and the Hard Drive/Ram in the MacBook.

Going with a console would kill any chance Apple would have at offering the Mac as an all-in-one machine, placing it further from the reach of consumers. Apple already has started on its plans of incorporating iTunes content into every aspect of your home and lifestyle, so creating a console with media capabilities would be redundant because the iPod/Apple TV can do the same thing.

Even with handhelds, Nintendo dominates with the DS and DS lite. The reason for this is the same as for the Wii. Focus not on high-end hardware but on what can be done to enhance gameplay. This is something Sony did not learn with its PSP. Even with its capabilities and enhanced graphics and upgradability it could be considered a luxury, and if Apple implemented similar functions then it would compete with the iPod as the iPhone will. This creates too many devices consumers will have to decide on, which is why you shouldn’t expect Apple to enter the gaming market any time soon.

Tags： is apple making a game console
Latest： Game console: Apple is working on a gaming device - Insider Paper
Next： Forget PS5: An Apple console could be gaming's next big thing
Popular Articles/span>