What Are the Classic Editions of Retro Game Consoles?

Retro gaming consoles, such as the NES, Playstation One, or Sega Genesis, have seen a rise in popularity over the years. This has led quite a few of the companies who created these consoles to remake them into smaller novelty editions, usually called “Classic” or “Mini” editions.

Although these consoles look similar to their original counterparts in many ways, they are different in how they function. If you’re trying to decide whether to buy a Classic edition of a console or to buy the actual retro console it is emulating, you should know the differences before you buy either one.

Both console versions have pros and cons. In this article, you’ll find the differences between each type of console, as well as a rundown of the features of the most popular classic consoles.

The Differences Between a Classic Edition and Original Console

The main thing you should know about Classic edition consoles is that they don’t operate like an actual console. Instead, they are plug-and-play systems that come with preloaded games.

This means you’ll only be able to play the games that come loaded onto the Classic edition console, and you can’t buy any more. The Classic console doesn’t have any of the same operations as an original console in this regard. (People have figured out, though, how to add more games to the NES classic console digitally.)

The following are the key differences between the original consoles and the classic edition consoles that manufacturers offer.

Here are some of the most popular Classic edition consoles that have been released, and the features each one of them has compared to their older console. 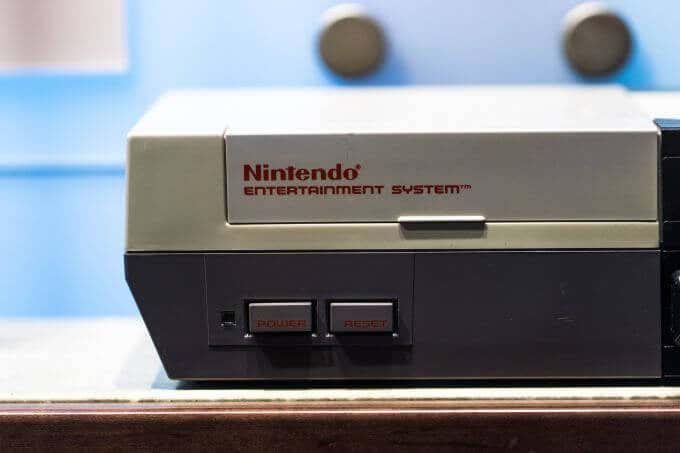 It’s a decent console if you’re just looking to play the popular NES games of the time and want a cheaper option than buying the full original console.

This Classic console is pretty much the same idea as the Classic NES, with just a few differences. There are 20 pre-loaded games you can play on the SNES Classic, and instead of just one Classic controller, this one comes with two. This is to allow you to play some of the multiplayer games that come on the system.

DifferencesExclusive to the SNES Classic are some display options such as being able to rewind your game, or setting a themed frame around your screen. The buttons on the Classic console (except the power button) perform different functions compared to the original console, and the cartridge holder is non-functional.

The SNES Classic version is likely going to be a cheaper buy than an original SNES, so if you want the SNES experience, it’s a good choice.

Sony also decided to get in on the Classic console bandwagon with their own version of the PS1 console. It’s also miniature-sized, and works like a plug-and-play system with 20 pre-loaded games.

DifferencesLike other Classic consoles, it has a very different interface to the original system, where you choose from the multiple pre-loaded games available. This Classic console is not able to play any physical Playstation games. The buttons on the console don’t do exactly the same things as the original, besides the power button. The disc tray also isn’t functional.

When it comes to the Playstation Classic, there are some mixed reviews. It’s more expensive than the NES or SNES Classic counterparts, yet some reviews of the console state that it seems not much attention was given to it as it runs rather cheaply.

Instead of being called a Classic console, this iteration of the SEGA Genesis is simply called the Mini, which is a bit less confusing as it accurately describes at least the size difference between the two consoles. This console typically sells for $79.99, about the same as the Playstation Classic and a good bit more expensive than the Nintendo Classic consoles.

You may be able to find an original SEGA Genesis for the same price or cheaper, so it’s up to you whether you want the authentic experience or just want an easy way to play some popular SEGA titles.

Are They Worth Buying?

When it comes down to it, it depends what exactly you’re looking for. There’s no beating the nostalgic feeling of playing the real original consoles, and using physical cartridges or discs. However, as it becomes more and more difficult to find these retro consoles, Classic editions become more appealing.

The main drawback is the limited library of games, as there are definitely plenty of hidden gems you can only play with the original consoles. Yet if you’re just looking to relive some popular favorites, the Classic editions are great for this.

The smaller sizes can also be a plus to save space on your TV stand, as well as already having the library of games included digitally, so there’s no need to store physical copies.

Classic edition consoles are a legitimate way of playing old favorites, so they can certainly be worth buying if that’s the most you want out of them.