The coronavirus pandemic can be blamed for the immense shortages the Nintendo Switch has experienced recently, although scalpers looking to turn a quick profit serve as progenitors to the ever-lasting crisis. In the past, these shortages have served as a driving force for some tech-savvy Redditors to purchase and assemble their own homebrew versions of the Nintendo Switch console from scratch using easily bought parts.

Although not nearly as risky, one Reddit user shared a picture of a 1:1 Nintendo Switch made entirely out of paper and foam. The user, PandaWalkWithMe, revealed in the title that the endeavor was the result of his girlfriend's latest project. His girlfriend is a university student currently studying Product Design and created the piece for her class.

The paper Nintendo Switch doesn't come with a guide attached to it, but the image of it really does bear a striking resemblance to a Switch. Even more interesting, the Redditor revealed that the paper Switch comes with detachable Joy-Cons and a Docking Station, making for an extremely convincing replica.

Perhaps the most interesting question to arise among Redditors as the result of the ambitious project is if the paper design somehow eliminates any possible Joy-Con drift. Longtime owners of the Switch will be more than familiar with the Joy-Con drift saga, and soon, PS5 owners will be lining up for their own battle against DualSense drift issues. With more students utilizing their skills to create prototype versions of their favorite consoles, and those already on the tech-savvy end of design, it's plausible that in the near future the Joy-Con drift may have a permanent, DIY fix.

On the other hand, any potential advances towards a DIY fix should take caution not to venture too deep into any patents currently held by Nintendo. In the past, the company hasn't hesitated to send cease and desist letters to third-party makers of custom Joy-Cons, even for charity reasons. That said, it's more than likely that the company won't take any legal action against a paper-mâché version of its handheld console, even if it happens that the paper version has enough technological components to run a game like The Origami King. 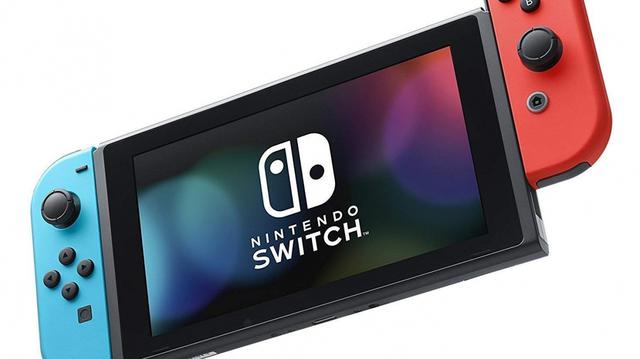 Some have seen the design project as a waste mainly due to the fact that the paper console is essentially a fancy prop, though minor projects like these can serve as the stepping stones for improvements on future console designs. As of recent, the Switch Pro has been trending on Twitter, and although Nintendo doesn't plan to release it any time soon, the company may be open to any potential improvements on its console design.

The Nintendo Switch is available now.

MORE: Planned Nintendo DS Lite Feature Would Let It Function Like A Switch

With Halloween fast approaching, Amazon features a full mask of Sonic the Hedgehog from the live action movie that may leave fans with nightmares.