Can You Play Xbox Series X Games On Xbox One?

Microsoft Studio Games allows for up and down compatibility between consoles like Xbox Series X and Xbox One thanks to its Smart Delivery feature.

Those curious about upcoming Xbox Series X titles may be wondering if they'll work on the Xbox One, which was released back in 2013. The short answer is: yes; however, there's a little more to it than that.

Lately, Microsoft has been decently generous when it comes to interchangeable Xbox compatibility. Consumers have been aware for a while now that the Xbox Series X and S will be able to run an extensive list of older titles - including ones from the original Xbox - on the newer systems, allowing for faster loading times, higher resolution, and more stable frame rates for classic games dating all the way back to 2001. 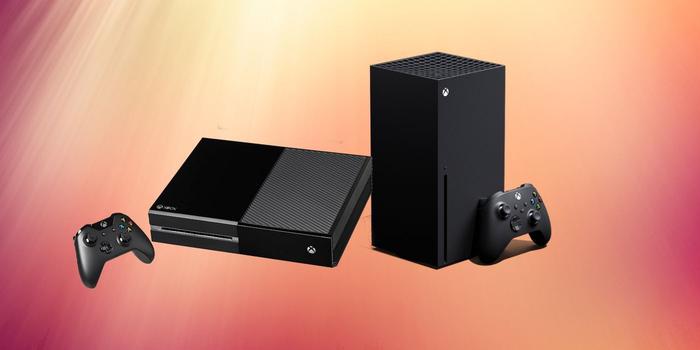 Allowing a new generation console's games to be played on an older one is a major change to how the video game industry has traditionally done things, as Microsoft is now putting the focus back on the games themselves. Essentially, it's rewarding faithful fans who've previously invested in Xbox products to be able to enjoy new content without dropping hundreds of dollars on an Xbox Series X right away. It allows for fans to feel confident they've made a good investment in the Xbox brand, as they will not have to repurchase a game to experience it on a different Xbox console.

Naturally, Microsoft is still excited to flex its new Xbox Series X system, which will be one of the fastest and most powerful consoles to date. Yet there is no pressure for fans to buy it right away, as they don't have to fear missing out on the latest and upcoming game titles simply because they do not have the most up-to-date version of the Xbox. The main benefit to having the latest console is that the games will run more smoothly and look a bit better. Some of the many games that will support Smart Delivery include Halo Infinite, Cyberpunk 2077, and Gears 5.

Additionally, Smart Delivery-supported games' save data will also carry over across systems. This means if a user has been enjoying a game on Xbox One and they purchase an Xbox Series X, that data will be available for them on the new console. Similarly if a household has one version in the living room and another in a bedroom - they can hop on either and pick up where they left off. Smart Delivery will also support both digital and physical Xbox Series X and Xbox One games.

Fortnite: How to Unlock Lexa (Season 5)

About The AuthorAlexandria Turney(193 Articles Published)

Alex is a lover of video games, animals, and the arts. She received a BA in English at the University of Central Arkansas. Since then, she has worked in a tax office, has been a bookseller, receptionist, studio coordinator, and Licensed Massage Therapist/pain management specialist. Based in Colorado, Alex continues to pursue her passion for writing in her downtime.