How to use Teleparty (or Netflix Party) to watch TV and ...

If you want to watch TV or movies with your friends or loved ones online, you're in luck, because Teleparty (formerly known as Netflix Party) makes that possible.

Teleparty lets you sync movie or TV show playback with friends or family - it used to only work on Netflix, hence the name Netflix Party, but now also works on Disney Plus, Hulu and HBO websites too.

Other things to do online

You only need a computer to use Teleparty, and all members of your viewing party can be in remote parts of the world, making it a great way to watch beloved movies or new episodes of TV shows if you can't gather in one place to do so.

Syncing playback means that you'll be starting and ending a movie at exactly the same time as your friends – with a sidebar for real-time chat throughout whatever you're watching.

Want to scream in capital letters together as Barb is dragged to The Upside Down in Stranger Things, or weep over the moving scenes of self-realization in Queer Eye? You can do that, without having to take your eye away from the screen.

How to set up Teleparty

First things first, Teleparty is not an official feature of any of the streaming services it works with. It's supported by a Patreon, so if you enjoy the way you can do this, you may want to sponsor the developers there to ensure it keeps going.

Secondly, you'll need to have Google Chrome for this feature to work. You can use it in other web browsers like Safari, Firefox of Microsoft Edge, plus it won't work when you're watching on a TV or a phone either.

Whoever wants to watch will need to have Google Chrome running on their computer, and they'll want to download the extension to their browser here. That shouldn't take long to install, and then whoever is logged into the streaming service of choice will then want to set up a party.

You'll have to decide what you're going to watch before you set up the party. You can't scroll through the storefront of Netflix to choose what you'll be binging together, so you'll want to find the TV show or movie first and then follow the steps below. 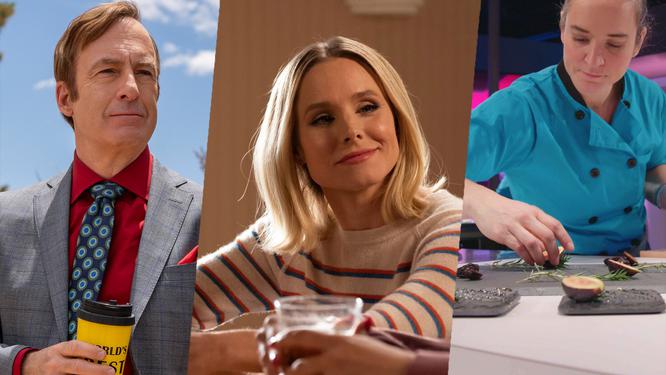 You'll then be greeted with a link that you can send out to whoever you want to join. This is a long URL, so it's likely you'll want to send this through another messaging service to find the right people.

Those with the link can then join the party, and you'll see them appear in the box on the right hand side. This is a chatroom so you can talk to people throughout, but this is only for text.

If you want to be able to talk to your friends, you can always use a separate video calling app at the same time. For example, we Skyped some friends at the same time as watching a TV show so we could talk along like we were sat on a sofa.

Now you're in the party, you can choose to play the TV show or film. Whoever is hosting the party will have control over where you're at, but everyone should follow along at the same time.

Not everyone watching has to have a subscription to Netflix for this to work, either, so it's a great way to show your new favorite TV show to a friend who otherwise can't watch it with you at your house.

You'll have to redo the party every for new episode of a TV show you want to watch, which can be irritating, but if you follow the steps above you should be able to do it quite quickly.

How to set up your Teleparty nickname

Every time we've used Netflix Party or Teleparty, we've been given the icon of a cookie as our profile image. If you press on that in the top right, you'll be given the option to change your nickname.

Then people will know who you are within the basic chat window that appears to the right hand side of what you're watching.

Are there Teleparty alternatives?

When we tested Teleparty back when it was still Netflix Party, we have found that it could be quite temperamental for some. If that's the case for you, the good news is that this isn't the first time we've seen something like this for Netflix.

We've previously reported on the social streaming app Rave, which lets users sync Netflix or YouTube videos over mobile (or certain VR headsets) with other users of the app.

But Teleparty looks like it will have a far wider user base by virtue of being a browser add-on, rather than being limited to smartphones and tablets. It also covers a huge number of streaming services compared to its rivals.

In this self-isolating society, having more social features in our content services is a great thing. Having tried out Netflix Party ourselves, it's both non-obtrusive and simple to use, with a neat sidebar stuck on the right side of the screen, and options to set an icon and nickname for every person joining the synced stream.

Tags： how to put netflix on tv without game console
Latest： How to Clean Xbox Games | DoItYourself.com
Next： 'We all felt disrespected:' Franklin HS students accused of ...
Popular Articles/span>