www.therichest.com Passing Go: Inspiration Behind The Board Game "Monopoly"

Much like the conniving essence of the game itself, the history of Monopoly is one plagued by treachery, deceit, and long-winded manipulation. For decades, the game has been a parable of American capitalist ingenuity. The great family-man Charles Darrow had overcome his struggles at the height of the Great Depression through creativity and a scrupulous eye for business. He patented and sold an 'original' board game to Parker Brothers, making him the first millionaire game designer in history. But this is just the surface story behind the game that turns children into bloodthirsty robber barons willing to destroy their family ties in a matter of hours.

Monopoly was originally titled the "Landlord's Game" and was patented some 30 years prior to Darrow's version by a woman named Elizabeth Magie in 1903. Magie was a revolutionary renaissance woman by all accounts. She worked as a stenographer at the Dead Letter Office in Washington D.C., a depository for the nations lost mail which might serve as the inspiration for a children's book itself. She wrote poems and short stories, performed in plays and comedy shows, crafted board games and furniture, and supported herself financially, not marrying until the age of 44. She was also a political activist, known for hosting progressive meetings after her work as a secretary where she taught the political philosophies of anti-monopolist Henry George, who believed the greater the wealth of the individual, the more significant the tax burden should be. Her fascination with George's politics are what eventually led to her designing, crafting, and patenting the Landlord Game, at a time when women made up less than one percent of patent applicants.

RELATED: Here's How To Win A Game Of Monopoly In 21 Seconds

When Elizabeth Magie first designed the Landlord's Game, it had several innovative ideas that deviated from traditional board games popular at the time. Instead of a linear path, the game utilized a cyclical format that allowed players to dizzy themselves in what seemed like a never-ending spiral of consumerism. It also featured two separate sets of rules: a monopolist set in which the goal was to crush opponents - resulting in one winner, and an anti-monopolist set in which all players were rewarded when wealth was created - ending only when all the wealth had been extracted. The game was intended to be played both ways, showcasing the duality of financial incentive and the length by which people could survive based on the structural financial rules set in place. 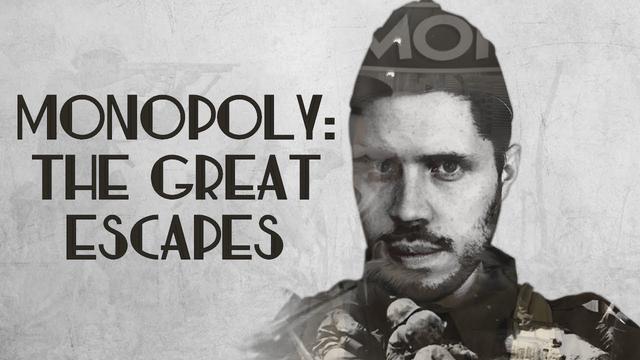 The game featured many iconic spaces that persevered through history onto both Darrow's edition and the one familiar to us all today. Each row was still broken up with a Rail Road section in the middle, a commanding "Go To Jail" space was still on the corner, Luxury Tax spaces existed, and a "public park" space was later replaced by "free parking" a-la Joni Mitchell's Big Yellow Taxi. But one significant difference was the "pass go" space. In Magie's version, the space was titled "Labor upon Mother Earth Produces Wages." The concept was intended to signify that the hard work and contributions made across the board were ultimately rewarded.

After publishing her first editions through the Economic Game Company, the board game spread like wildfire throughout college campuses and eventually the quaker communities near Atlantic City who replaced the spaces with familiar landmarks and properties that are still printed on the game today. The board game then eventually made its way to Philadelphia where a quaker-modified version landed in the hands of Charles Darrow. After playing the game several nights at his friend Charles Todd's home, Darrow quickly hatched a plan to create written rules, make adjustments to the spaces, and market the game to Parker Brothers, who had already showed financial success from producing several board games including Banking, Klondike, and War in Cuba.

The Parker Brothers purchased and distributed the game, ultimately selling millions of copies for which Darrow received residuals throughout his life. Magie, too, received money from Parker Brothers after the company approached her in a movie to collect all similarly-patented games. She received $500 dollars with no royalties.

Much of Magi's story was forgotten throughout history. She passed away in 1948, with no husband or children, and no mention of her game design noted in either her obituary or headstone. Instead, she was remembered through her last job at the US Office of Education where fellow staff members recalled her as a elderly typist who talked about inventing games. Her story was rediscovered, in part, due to Ralph Anspach, a fellow left-wing academic who learned of her story in 1973 while trying to undermine Parker Brother’s hold on the game’s intellectual property. Anspach won his case and much of Elizabeth Magie's story and contributions became public knowledge. But despite the research, Hasbro still continues to cite Darrow as the founder of the game, going as far to exclude all mentions of Elizabeth Magie from their website's retelling. It goes against the story of what New Yorker columnist Calvin Trillin referred to in 1978 as a "“nice, clean, well-structured example of the Eureka School of American industrial legend.” Where sometimes a myth can become more powerful than the truth.

Another historical moment worth noting in the history of Monopoly is the game's unlikely role as an ally during WWII. A number of British airmen found themselves trapped as Prisoners of War in Third-Reich camps in 1941. When trying to figure out a means to facilitate an escape, the British began to think of creative ways to provide supplies for the troops.

At the time, "games and pastimes" was a qualified item category for 'CARE packages' dispatched by the International Red Cross to Prisoners of War. Employees of John Waddington Ltd., a map printing company who also happened to own the British distribution rights to the board game Monopoly, began printing and composing alternative editions of the game in a secret warehouse facility.

The 'games' included hidden maps beneath the game board keyed to each region of Germany or Italy where Allied POW camps were located. They also added playing tokens that contained a small magnetic compass, a two-part metal file that could be screwed together easily, and genuine high-denomination German, Italian, and French currency hidden in piles of Monopoly money. A small red dot on the corner of the ‘Free Parking’ space signified the secret boards to troops that used the materials to escape. It is estimated that of the 35,000 troops that successfully escaped the camps, one third of them had done so using the covert Monopoly boards. The story wasn't officially declassified until 2007 in the off-chance that the British government would utilize the same technique again in the future.

Magie's version of the Landlord's Game intended the pieces to be household objects, things that could represent an individual's character that would come straight from their lives. To Darrow's credit, he, too, had a similar approach when designing the pieces. He traditionally wanted the game to be accompanied with buttons, not only to save money on tokens but to offer them to players who needed a quick stitch on their own clothing.

The original pieces for the game were first introduced in 1935 which included the iconic top hat. The game's businessman figurehead, now known as Mr. Monopoly, was originally called Rich Uncle Pennybags, rumored to be based on a caricature of corporate banker from the Gilded Age J.P. Morgan. The thimble is also an original piece from 1935, a nod to Darrow's original idea for the buttons. The boot is based on a design from a 1930s work boot and has evaded any remodelings, becoming a symbol of hard work and durability. That is, until 2017, when the piece was retired alongside the thimble, the iron, and the wheelbarrow. A symbol of the end of the working class? The tokens have now been replaced by symbols of status and wealth including the racecar from 1936, the Scottie Dog from the 1950s, and a house cat later added in 1999. The game has also seen adjustments for real-world inflation including an Electronic Banking edition which allows players to use Monopoly debit cards to keep track of their currency.

Monopoly has transitioned from the socialist educational tool originally designed by Elizabeth Magie into a world-wide franchise that has spawned feature film deals, a national and world championship tournament, a McDonalds partnership, and hundreds of variants that include over 37 languages available in 103 different countries around the world. Monopoly is one of the main contributing properties to Hasbro's net worth which is now estimated at over $12.87 billion. While Magie might be ecstatic by the game's relatable nature to so many around the world, she might also get a good laugh at the corporate enterprise that her Landlord Game has become.

READ NEXT: 6 Enormous Monopolies, Past And Present

ShareTweetEmailThe Gautam Adani Story: How He Became The Fifth Richest Man In The WorldRelated TopicsAbout The AuthorGrant Phillips(103 Articles Published)

Grant Phillips is a writer known for his coverage of tech, social media, finance, crypto, and the influencer culture. He works as a reporter for the Ojai Valley News and has been published in press outlets such as MovieMaker Magazine, FamousBirthdays, IvyCollege Admit, and Ojai Magazine. He is also an animator and illustrator who specializes in stop motion. You can follow both his written and artistic journey through instagram at @hopelessdoodles.

More From Grant Phillips
Tags： how to play monopoly electronic banking game
Latest： What a Monopoly board would look like if it was set in Bedfordshire
Next： Monopoly Voice Banking isn’t that smart, but it makes the game tolerable
Popular Articles/span>