Posted on
by Gavin Sheehan
| Comments

Focus Entertainment and Saber Interactive have released a brand new free update into World War Z: Aftermath with "Cut & Mend". This update is a bit of a blessing as there haven't been too many updates to the game as of late. This new update adds some awesome additions to the gameplay like the unlockable Sword and Advanced Combat Weapon variant that will give you some new ways to slay the undead. As well as new class perk loadouts to aid in your run, an added adrenaline boost, bandage kits for healing on the go, new trinkets, and more. We have the rundown from the devs and the new trailer highlighting the additions below.

Players can grab the new Sword melee weapon and ACW rifle variant, both special rewards for collectible hunters that offer powerful perks in a firefight. The update also adds the ability to quickly swap between different perk loadouts for each class, new items for the medkit slot like adrenaline, which boosts your stamina and can be used to self-revive, and bandage kits, which can be used to heal teammates, plus all-new cosmetic trinkets. 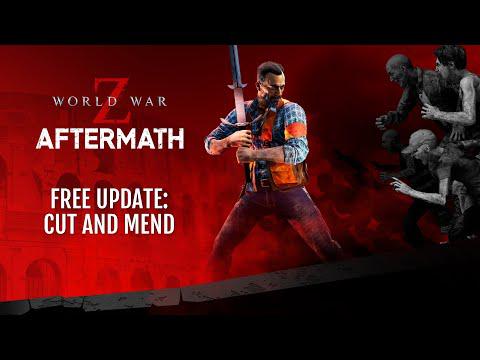