When kids’ games get serious: the adults competing at tag, conkers and hide and seek

Steve Max has no memories of playing Simon Says as a kid. He probably did – the centuries-old command game is beloved by adults who need children to be quiet (and put their hands on their head) for a little while – but Max only recalls playing Duck, Duck Goose and kickball at summer camp. No matter. At the ripe old age of 59, Max now plays Simon Says at least two or three times a week.

Max is one of a handful of professional Simon Says callers across the globe. He leads the game after First Holy Communion ceremonies, in the middle of corporate all-staff meetings, and even during America’s National Basketball Association (NBA) games. “If you think about it, there’s really only one rule: only do it if my command is preceded by ‘Simon Says’,” Max says over the phone from New York, “And yet people are just terrible.”

Earlier this year, as summer ended and the leaves began to turn brown, a South Korean drama dominated television sets and became Netflix’s most-watched series to date. Over 142m households sat down to watch Squid Game in just one month, following characters as they competed in murderous children’s games for a chance to win £28m. From tug of war to marbles, the show shone light on games that many of us haven’t thought about for decades. But while the dystopian, life-or-death competition was purely fictional, in reality, a small number of dedicated individuals do play children’s games for money.

“People are truly envious of what I do for a living,” says Max, who has been playing Simon Says professionally since the 1990s. Often, he has to show people pictures on his phone to prove that this really is his job – initially, most people think he’s teasing them when they ask. It all began in 1982, when he was a waiter at Grossinger’s hotel in the Catskills Mountains and would watch activities director Lou Goldstein lead guests in the game.

“It was just remarkable,” Max says, “There was so much laughter.” Max had been experimenting with entertainment since he was a teenager – performing magic and balancing acts for Boy Scouts and church groups. “I started incorporating Simon Says into my show – and what I found was my audiences liked it much more than my magic and juggling.”

In 2003, Max contacted the New York Knicks after watching a pitiful half-time performance during a basketball game – he now plays Simon Says to as many as 20,000 people in arenas. He’s mastered a series of “sneaky moves” to catch players out – the faster you go, the easier it is to fool people, and you can also touch one body part while asking people to touch another.

A move to Zoom during the pandemic has made some of Max’s tricks harder to pull off – he can’t really issue any below-the-waist instructions, and lagging video has slowed the game down. But it’s when he visits summer camps and plays with teenage counsellors who’ve been watching his act since they themselves were kids that he has to get the sneakiest. “I say something like, ‘Simon Says don’t smile’, and they’ll just burst out laughing. They just can’t control themselves, you know?”

Of course, the real money is where the real money always is – in the corporate world. Max has kicked off conferences for a number of companies, “waking everyone up before they start their four-hour session in a ballroom somewhere watching a slideshow.” It’s not all fun and games: many bosses like the unexpectedly serious message of the game.

“With the advent of mobile phones and all the electronic distractions that we have in the world, you have to stay focused,” Max explains, “And another one of the points I say is how important it is to be a good listener and let people finish before you respond. If you anticipate and move early, you’re gonna make a mistake.”

Not every professional children’s game player can apply such serious messages to their work, but that doesn’t mean they don’t take their work seriously. “Winning that third competition was probably the best feeling I’ve had in my life,” says Greg Ball, 25, captain of the Marrero Gang, a UK-based team of seven who won the international World Chase Tag championship in 2016, 2017, and 2018. 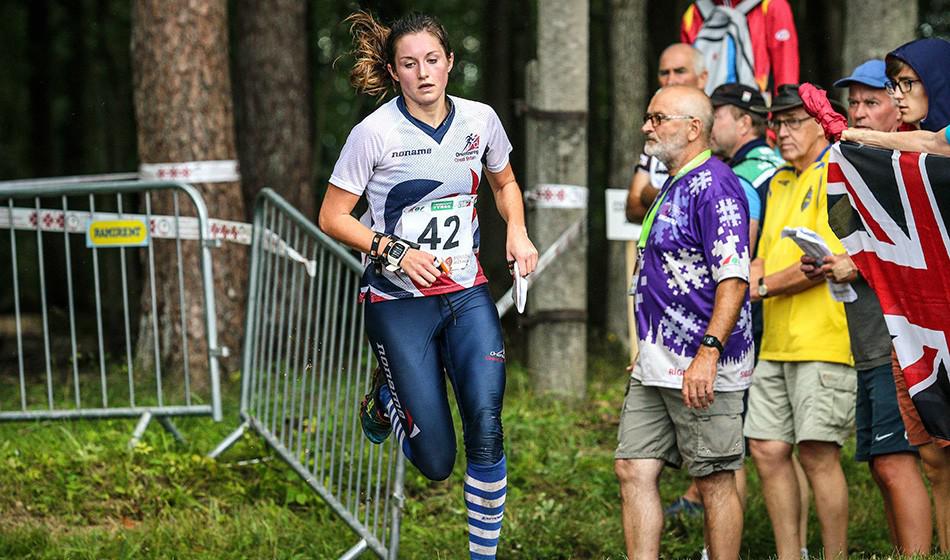 Whether you called it tig, tag, or it, you undoubtedly played the game as a child. Yet Hertfordshire-based Ball now plays at least twice a week in order to train for the annual competition that has been broadcast on Channel 4 since 2019. Contestants pursue each other around a quad filled with obstacles and have to tag each other with their hands (feet don’t count).

Ball grew up in South Africa, where everyone played rugby – meaning that as “a very skinny and small kid”, he was constantly getting hurt. “I prefer the idea of running away from people than trying to tackle them,” he laughs. As well as competing in World Chase Tag, he also works as a sales rep for the competition, securing sponsorships.

“I think there was a massive doubt when I said I actually want to do tag for the rest of my life and make a career out of it. There was obviously laughter here and there,” Ball says. But three wins and a strong online audience (the competition’s official YouTube channel has accumulated 115m views) mean Ball’s work is increasingly taken more seriously. And much like Max, Ball has perfected his tactics.

“Herding, like how a shepherd herds sheep, is when we herd opponents into areas of the court where it’s easiest to tag them,” Ball explains. “Reverse herding” is when you herd the target somewhere it’s harder for them to catch you. “Duking” is when you bluff about going one way before swapping to the other. And as captain, Ball always makes sure his team are “physically and psychologically ready” to play.

“I think my life completely changed on that third victory,” Ball says, explaining it “instilled so much hope that I can actually do something with my life besides just working a meaningless nine-to-five job.” Yet the prize winnings themselves, regrettably, weren’t life-changing – just a trophy the first year, £1,000 the next, and then £1,500 split between the team in the third year.

“The hope is that within the next five years, we’ll start to see a lot more money flooding into the sport, which means that athletes can take it a bit more seriously,” Ball says. “In the same way something like UFC [Ultimate Fighting Championship] has developed over the past 50 years, I honestly reckon in the next 50 years, World Chase Tag will be on a similar playing field with some of the big key sports.” The same can’t be said for the World Conker Championships.

“I’m there to win, right? Most people are there to have fun. But there’s no doubt about it – I am turning up to win,” says Jasmine Tetley, 28, an environmental scientist from Nottingham and the defending champion of the World Conker Championships for the past two years running.

Amazingly, Tetley never played conkers as a child – but since 2018 she’s taken part in the 56-year-old competition, in which hundreds of contestants swing to smash each other’s horse chestnut seeds. “About five years ago, I said, ‘I want to become a world champion. It doesn’t matter what it’s in.’ So that’s what I set out to do,” Tetley says. While other players don fancy dress and silly wigs, she wears athleisure. “It’s just doing all the things that other sports people do: it’s thinking about hydration, food, making sure you’re warm, you’ve got layers, but you’re not restricted.”

Tetley has devised a set of tactics using maths and statistics and notes: “You need to play to your wind condition.” But alas, there’s no prize money, meaning she might have chosen the wrong sport – in 2006, the champion of the USA Rock Paper Scissors League took home $50,000. Still, Tetley enjoys the trophy and crown, which she wore during the last competition, prompting children to ask for her autograph. When asked how it feels to have mastered a children’s game, she laughs: “I don’t think it’s a children’s game, because I never played it when I was young.”

The organisers of these kinds of events concur that they’re more than just child’s play.

Giorgio Moratti is the founder of the Hide and Seek World Championship, which he launched in 2010 in his home town of Bergamo, Italy. The game, he says, has a strong underlying philosophy, “It’s really important not to forget to live and to have fun.”

Here’s how it works, roughly. On Friday, teams are welcomed to the arena with concerts and food – there are no sign posts for the former, and people have to “seek” them out by following the sound. On Saturday, the games begin. There’s normally around 400 players split into 80 teams (Moratti says in 2018 there were players from every continent in the world). There are a bunch of short 10-minute games to help eliminate losers, and then a final in which 20 teams compete on the Sunday.

A lot of the winning teams are mixed gender – Moratti says men might be stronger and faster, but women have “amazing ideas for hiding spots”. Take one year, for example, when a woman brought a camera with her to the event. “There is a lot of television and press, so she just took a camera and pretended to take photos… That’s really intelligent,” Moratti says. She won that round.

“The prize is the glory, of course,” Moratti says when asked what exactly the winners get. “You’re winning a game that has been played worldwide since the dawn of time, so that’s not really a small thing.” Winners also receive a medal engraved with a golden fig leaf, reminiscent of those that Adam and Eve used to “hide” their naked bodies. There have been no repeat winners, so theoretically anyone stands a chance. “They have to be a bit crazy as well… That’s really one of the skills required to participate.”

Whether it’s Simon Says, tag, conkers, or hide and seek, the champions of children’s games all believe in the power of fun. Steve Max, the professional Simon, recalls asking a room of veterans to stick their right hand in the air – one man got confused and stuck up his left. “So he put up his left hand by mistake. But he didn’t have a hand. He had lost it in the service,” Max says – he decided to let the man stay in the game and everyone cheered. “I consider myself very lucky and very fortunate that I’m able to do this for my career,” he says. “How does it feel to spend my life playing a children’s game? Simon Says: It’s bloody excellent!”