Video game workers found their voices in the pandemic. Could unions be next?

With Christmas a few weeks away, Onah Rongstad had been working around the clock to prepare for the release of new content in “Call of Duty: Warzone,” an entry in the bestselling first-person-shooter franchise.

The 26-year-old was a quality assurance tester for Raven Software, a Wisconsin video game studio owned by Santa Monica gaming giant Activision Blizzard. She and her teammates were responsible for ensuring everything in the game ran smoothly for players — every weapon, animation, character, map and event.

For five weeks, Rongstad placed her life on the back burner. From Monday through Saturday, she worked at least 10 and sometimes more than 12 hours; on several occasions, she worked Sunday as well. Unable to find the time to go to the grocery store or cook, she subsisted on takeout.

Then, on Dec. 3, nearly a third of her department was laid off.

Gathering to support one another, Rongstad and her colleagues cried, commiserated and talked over their situation. Gradually, they came to a consensus: It was time to go on strike.

The following Monday, more than 60 of Raven’s QA testers stopped work. Several weeks later, they kicked off 2022 with a vote to unionize.

We “realized that if we came together and demonstrated that our department isn’t disposable and that the people here aren’t disposable, that we might have an opportunity to undo what was done,” Rongstad said.

For decades, workers in the video game industry have endured conditions like the ones that preceded Rongstad’s layoff. Known as “crunch,” the brutal stretch leading up to a game’s release is an industry rite of passage. Workers have described working as many as 20 hours a day, sleeping at their offices and scarcely seeing their families — all without getting paid overtime.

But lately, a growing segment of the industry’s workforce has made it clear they’re not willing to abide by the status quo. In a bid to change it, they’ve begun taking up the traditional tools of labor organizing, including petitions, walkoutsand full-blown unionization.

To the extent these developments represent a movement, it’s one in its infancy. But even a small shift of power into the hands of workers would be historic for an $85-billion industry that has long relied on contract labor and exploitative practices. And the conditions for it to happen are increasingly favorable, some gaming observers say.

“We’ve got a confluence of events and factors that make it possible for this to happen now that are maybe different than 10 years ago,” said Dmitri Williams, a USC professor who researches technology and society. “It’s not a slam-dunk. But between the significant labor issues that have been in the press and the ones that have always been in the industry, there’s always been a need and desire for the workers to have more power relative to management.”

An industry in turmoil

The video game industry’s labor awakening has roots in the #MeToo movement of 2018. As women in entertainment and other professions spoke up about their abusers, employees at Riot Games, developer of “League of Legends,” painted a picture of a workplace rife with sexism and harassment. In the following months, equal pay and gender discrimination lawsuits were filed.

In mid-2020, Ubisoft, the French company responsible for hits including “Assassins Creed” and “Just Dance,” drew attention when employees came forward with allegations of abuse at its studios across the globe. Multiple top executives stepped down, and the company vowed to do better.

At Activision Blizzard, which developed “Overwatch” and “Diablo,” a flurry of news reports in the latter half of 2021 detailed allegations of sexual misconduct and discrimination that led to several worker walkouts, including one demanding the resignation of Chief Executive Bobby Kotick, who the Wall Street Journal reported was aware of but failed to report to the board several alleged sexual misconduct incidents, including an alleged rape. Activision’s woes were reportedly a factor in the company’s decision to accept a $68.7-billion acquisition offer from Microsoft in January.

After layoffs and a PR disaster, some Blizzard employees are dreading BlizzCon

BlizzCon is usually like Christmas for Blizzard employees. That’s not the feeling this year amid layoffs and protests.

This month, the parents of an Activision Blizzard employee who took her own life during a work retreat filed a lawsuit against the company alleging wrongful death and sexual harassment.

“It’s been in the public consciousness so long that people can’t just pretend it’s a one- or two-studio problem,” said Stephen, a member of Game Workers of Southern California who declined to provide his last name out of fear of retaliation from his employer. “Everybody knows now.”

As in other creative fields, the desire of many workers to be involved in making the products they love has long played a part in their exploitation, with studios able to fill jobs despite low pay and little security.

But the pandemic altered that dynamic, causing workers of all stripes to question their working conditions as the global health crisis took its toll on the most vulnerable segments in society. As the economy rebounded, a widespread labor shortage provided the leverage to begin pushing back.

“We have a fairly tight labor market right now and low unemployment,” said Jessie Hammerling, a researcher at the UC Berkeley Labor Center. “And I think that helps give workers greater confidence to stand up.” 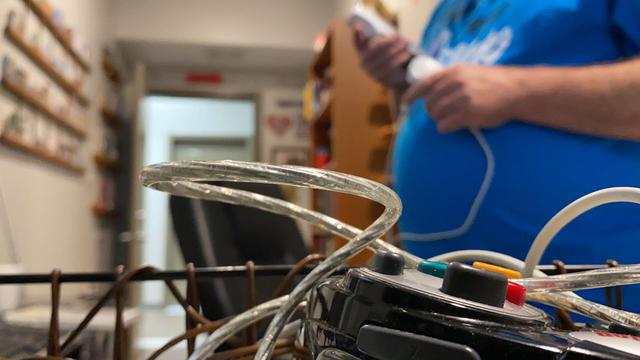 She pointed to a wave of high-profile strikes and union drives in the last year, at companies including Starbucks, Amazon, REI and John Deere.

An annual survey conducted by the International Game Developers Assn., an industry group formed in the 1990s, has found interest in unionization surging. In 2009, the survey found only a third of game workers would support a union at their company. In 2019, that number was 47%, and by 2021, it had climbed to 78% in favor of unions and just 9% against them.

It’s a long and winding path to actual unionization, however. “Union is like, one of the last steps on a very long fight,” Stephen said.

An offshoot of Game Workers Unite, a workers’ advocacy group that formed in 2018, Game Workers of Southern California mainly helps workers access the resources they need to organize or facilitate conversations about workplace abuse and workers’ rights. It has about 160 members at 25 studios in the Los Angeles area.

In the last three years, ad-hoc worker organizing groups have formed at several major studios, with the list now including A Better ABK (Activision Blizzard King), A Better Ubisoft and Rioters for Change.

North America saw its first video game union form at the end of 2021 at Vodeo Games, an indie studio of about a dozen employees. Despite the company’s small size and relatively worker-friendly practices — including four-day workweeks and unlimited vacation days — producer Myriame Lachapelle, who helped organize her workplace, said she believes all workers deserve a union.

“We love working at Vodeo Games, and we want the studio to succeed and be the best it could possibly be,” Lachapelle said, “which is why we believe it’s vital for us as workers to have a seat at the table.”

Technology and the Internet

But so far, Vodeo is an anomaly.

Activision Blizzard did not voluntarily recognize the union formed by the Raven QA testers, forcing workers to file a petition with the National Labor Relations Board, which could eventually facilitate a union election. The NLRB hearing on the petition began last month.

Activision Blizzard said its discussions with the group seeking union status did not produce a “mutually acceptable solution” that would have led to immediate recognition.

“We believe that all Raven Studio employees should have an opportunity to vote and have their voice heard,” a company spokesperson said in a statement, appearing to indicate the company would push for a full studio vote rather than allowing a union to form in just one department.

The company also pointed to changes over the last couple of years, including raising minimum compensation for Raven QA employees by 41% and transitioning more than 60% of temporary staff into full-time employees.

Arguments against unions in creative sectors touch upon concerns about innovation, flexibility, individual compensation and effects on the bottom line.

“A union doesn’t do anything to help us produce world-class games, and the bargaining process is not typically quick, often reduces flexibility, and can be adversarial and lead to negative publicity,” Christian Arends, vice president of quality assurance, said in a screenshot of a company Slack message posted on social media after the Raven unionizing news. “All of this could hurt our ability to continue creating great games.”

QA testers bear the brunt of cost-cutting measures at game studios, working some of the worst crunch hours — often without the benefits of being full-time employees — and earning an average of about $50,000 a year nationally, according to Glassdoor. They’re responsible for trying out every possible way a player could interact with a new release or game feature to catch bugs before players encounter them during gameplay.

One QA worker organizer with A Better ABK, who asked to remain anonymous due to being a temporary employee, said she experienced routine 12-to-14-hour days with only one day off every few weeks. As a fixed-term contract employee, she must continually reapply for new positions within the company whenever her contracts end.

Rongstad described the crunch periods of her life as traumatic, saying she and many of her colleagues “don’t have memories from that time because all we did was work.”

When Raven QA testers walked off the job, A Better ABK created a strike fund that accepted more than $200,000 in its first day and passed out union authorization cards for employees to sign. More recently, with the fate of their union still up in the air, Rongstad and her remaining co-workers have resumed work.

In the longer term, labor organizers in the gaming industry see the entertainment business as a model for what’s possible.

Hollywood workers also took decades to organize, and there are still pockets that are nonunion, such as visual effects workers, said Emma Kinema, an organizer for Communications Workers of America. Though the earliest recorded union in Hollywood was recognized in 1926, it wasn’t until the 1940s and ‘50s that they took root in the industry.

The rise in organizing activity in the video game industry may be part of the natural maturation of a relatively young industry.

“The game industry is much younger,” Williams said. “It really only started in earnest in the late ‘70s, early ‘80s.… And the game industry only became a large corporate industry over like the last 30 years really. And only in the last 10, 20 years did it get super big” — bigger than movies and sports combined, according to one analysis.

Video game workers on the other side of the world are organizing too. In the United Kingdom, any worker can join the Independent Workers Union of Great Britain’s Game Workers Unite branch, which launched in 2018. South Korean online gaming company Nexon Korea formed a union in 2018, and Paradox Interactive in Sweden signed a collective bargaining agreement with twolabor unions in mid-2020.

As organizers learn from successful and failed campaigns — at video game studios, and also in the tech sector, where similar efforts are underway at Google and other companies — they will prove increasingly effective, Kinema predicted.

She described a worker who was part of an unsuccessful union drive at Mapbox, a location data startup in Silicon Valley, who then went on to help workers unionize at tabletop game publisher Paizo.

“That’s the point of organizing at an industrywide level because, you know, whether the fights are smaller or big, they’re all connected.”

Tags： how does the electronic software association organize games
Latest： PSA: You Can Say No to Face Scans for Airplane Boarding
Next： E3 isn't happening in 2022. But cloud gaming can bring previews to the people at home.
Popular Articles/span>