Vampire: The Masquerade – Swansong offers an impressively flexible story, but that can't save it from its mediocre writing and scattershot game design. 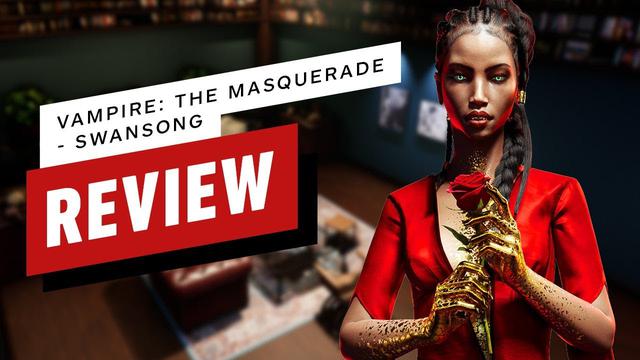 The virtual legacy of Vampire: The Masquerade is patchy to say the least, but the tabletop RPG did inspire one of the best-written video games of all time. 2004's Vampire: The Masquerade – Bloodlines was a sultry, humorous, and delightfully twisted portrayal of Los Angeles' undead underbelly, filled to bursting with weird and wonderful characters. Cackling bikers, deranged nightclub hostesses, smouldering late-night radio hosts, and even murderous prosthetics experts. It may have been buggier than a rotting corpse, but it excelled at making vampires seem sexy, scary, and above all, strange.

Vampire: The Masquerade: Swansong does the complete opposite. Its cabal of backstabbing bloodsuckers are painfully boring, frequently stupid, and exhibit all the charisma of a Nosferatu living in a bin. Big Bad Wolf's narrative RPG has grand ambitions and spots of potential, but it all falls apart in a mess of half-baked ideas and a script sucked dry of personality.

Setting its vampire story in Boston, Swansong sees you play as three different vampires, all high-ranking members of the Camarilla (a sort of cross between a governing body and the Mafia). Emem is a politically ambitious vampire who struggles with authority, while Galeb is a suave and loyal Camarilla henchman. Finally, there's Leysha, who has recently awoken from three years in hibernation due to the debilitating mental illness that commonly afflicts her Malkavian clan.

The Verdict50Read our review policy Vampire: The Masquerade - Swansong

Vampire: The Masquerade – Swansong offers an impressively flexible story, but that can't save it from its mediocre writing and scattershot game design.