A decade after Evan Ramsey sneaked a 12-gauge shotgun into his Alaska high school, where he gunned down a fellow student and the principal and wounded two others, he described how playing video games had warped his sense of reality.

“I did not understand that if I…pull out a gun and shoot you, there’s a good chance you’re not getting back up,” Ramsey said in a 2007 interview from Spring Creek Correctional Center, in Seward, Alaska. “You shoot a guy in ‘Doom’ and he gets back up. You have got to shoot the things in ‘Doom’ eight or nine times before it dies.”

Since Ramsey’s 1997 rampage, several other mass killers, including Columbine shooters Eric Harris and Dylan Klebold and Norwegian mass murderer Anders Breivik, have been linked to violent video games. And some experts worry that as the games get more violent and more realistic, so does their power to blur the line between fantasy and reality in alienated gamers.

Editor's Note: This is Part One in a series exploring the connection between video games and violence.

Part Two: 'Frag him:' With today's ultraviolent video games, how real is too real?

"Doom," the computer video game Ramsey described, was all the rage in the 1990s, but primitive by today’s standards, where gamers can play first-person shooters with movie-like graphics on high definition televisions.

“More than any other media, these video games encourage active participation in violence,” said Bruce Bartholow, an associate professor of psychology at the University of Missouri, who has studied the issue. “From a psychological perspective, video games are excellent teaching tools because they reward players for engaging in certain types of behavior. Unfortunately, in many popular video games, the behavior is violence.” 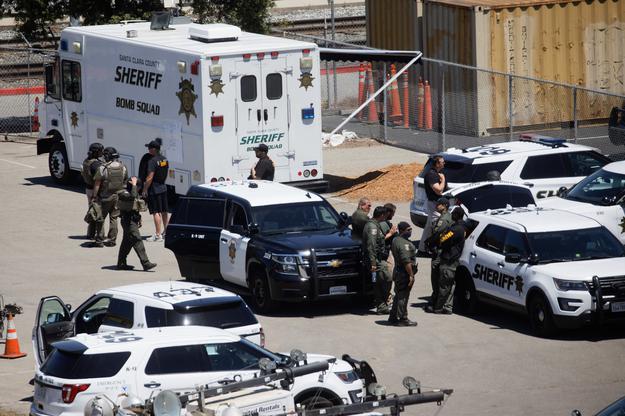 Harris and Klebold, who killed 12 fellow students and a teacher in 1999, were reportedly obsessed with “Doom.” Seung-Hui Cho, the 23-year-old who killed 32 people at Virginia Tech University in 2007, was, according to the Washington Post, a big fan of violent video games, specifically “Counterstrike.”

Adam Lanza, the troubled 20-year-old behind last December’s school shooting in Connecticut which left 20 children and six adults dead, was an avid player of violent video games. In some cases, murderers appear to have been reenacting specific video game episodes when they killed in real life.

“Anders Breivik said he actually used his video game ‘Call of Duty’ to train for mass murder,”Dr. Paul Weigle, a child and adolescent psychiatrist at the Joshua Center, in Enfield, Conn., told FoxNews.com. “He called it training simulation. And certainly there were some reports Adam Lanza saw Breivik as a rival, and he was also engaged in shooting games and even the same one.”

Wiegel also cited the case of Devin Moore, an Alabama teen with no history of violence when he was brought in by police on a minor traffic violation. Once inside the police station, he took a gun from a police officer and shot three officers, then stole a police cruiser to make his escape.

'It’s quite possible that playing this script out numerous times in the game influenced his decision-making -- and that is in fact what he said.'

"Life is a video game,” Moore, who said he was inspired by the game ‘Grand Theft Auto,’" told police later. “Everybody's got to die sometime."

“It’s quite possible that playing this script out numerous times in the game influenced his decision-making, and that is, in fact, what he said,” Wiegel said.

Advocates of victims of mass shootings have taken aim at the companies turning profits in the multibillion-dollar gaming industry. The parents of the victims killed or injured by Michael Carneal, a 14-year-old who fired upon a group of classmates at Heath High School in West Paducah, Ky., in 1997, filed suit against a host of video game manufacturers in relation to Carneal’s obsession with violent games including “Doom” and “Mortal Kombat.”

The case was dismissed in 2001, with the 6th U.S. Circuit Court of Appeals ruling that it was "simply too far a leap from shooting characters on a video screen to shooting people in a classroom."

Several experts agree with the court decision, telling FoxNews.com that the link is either inconclusive, or that playing violent video games can at most be just one of several causes that prompts people to kill.

“I think it’s the wrong question -- whether there is a link between mass shootings and violent video game play,” Dr. Doug Gentile, a research psychologist and associate professor at Iowa State University, told FoxNews.com. “I understand people want to look for a culprit, but the truth of the matter is that there is never one cause. There is a cocktail of multiple causes coming together. And so no matter what single thing we focus on, whether it be violent video games, abuse as a child, doing drugs, being in a gang -- not one of them is sufficient to cause aggression. But when you start putting them together, aggression becomes pretty predictable.”

Dr. Phyllis Koch-Sheras, past president of the American Psychological Association’s Society of Media Psychology and Technology, said the link between fantasy violence on computer or television screens and real violence that leaves people injured or dead needs more study.

“We have to be very careful about saying what causes what,” Koch-Sheras said. “There is a lot of debate on the issue. But this much is certain: We need to definitely be studying this more before the violent video games run amok.”