Amber Lake is fishing well, Silver Bow Fly Shop said, and Rocky Ford and Crab Creek are also options. The Clark Fork in Montana has a couple of feet of visibility and can be good before the spring runoff gathers momentum.

The Yakima River is seeing a good skwala hatch, and conditions are good for the boating anglers. It’s a bit on the high side for fishing on foot, but totally doable if you choose your spots wisely. Focus on the edges and find soft water that is broken up by some rocks, a point, or midriver boulders.

Coffeepot Lake has some big rainbow, but the narrows is dry and low water makes it impossible to get to the lower section. Liberty Lake anglers casting small spoons and plugs have been taking rainbow and browns. Medical Lake, a selective gear fishery, has been good for rainbow, but illegal bait fishermen have been disregarding the selective fishery rule and are leaving unsightly Styrofoam worm containers along the shore.

Friends fishing from shore at Jones Bay on Lake Roosevelt said the trout bite was slow. Trollers on Tuesday weren’t doing that well either, though a few nice kokanee have been landed out of Spring Canyon.

Annual surveys conducted in late summerat Dworshak Reservoir revealed record-high kokanee abundance in the reservoir. The estimated 10 million in 2021 is the highest estimate on record. As a point of reference, the average abundance since 2000 is around 3 million. One downside of having so many kokanee is they grow slower when numbers are high. ByJuly, a 2-year-old Dworshak kokanee will probably average only 8 inches. Lake Koocanusa in Montana is experiencing the same thing with a booming kokanee population resulting in fish that are only about 6 inches long .

Idaho Fish and Game will plant over 41,000 catchable rainbow trout in the Idaho Panhandle during April.

Of these, Cocolalla will get the most – 6,600 April 11-15. Fernan will receive 5,500Monday through April 8 and another 6,500 April 11-15. In addition to plants already made in March, the Clearwater region will receive another 20,200 catchables in April. The most will be planted in Spring Valley Reservoir April 18-22 and Winchester Reservoir and Mann Lake April 11-15. 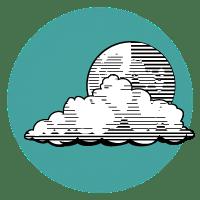 The Idaho Fish and Game Commission has approved spring chinook fishing seasons for the Snake, Clearwater and Salmon river drainages, which will open April 23. Forecast for chinook could be the best return since 2015. Fishing for chinook will be open four days per week in the North Fork Clearwater River, Thursday through Sunday. The other waters will be open every day. Fishing generally will pick up mid-May depending on run timing, and with luck will remain open through the first week of June. This all depends on quota catch andthe actual run. If you’re going with a guide, book your trip early. Since this is the first season in many years, boats will fill fast.

Anglers trolling Lake Chelan for kokanee and lake trout occasionally dredge up a respectable chinook salmon. The kokanee fishing has been decent, they say, but the fish are deep.

Walleye anglers on Lake Roosevelt who put in enough hours, move a lot and keep changing up presentations and colors are taking home decent numbers of fillets. The Spokane Arm has been most consistent. Look for back eddies and current seams. The upper end of the narrows just before Buoy 1 gets good reviews.

Moses Lake is so low the area above Connelly Park is almost dry, but it is possible to launch at Blue Heron Park. Walleye fishing has not been good, and neither has the bass fishing, and with the water temperature sitting at about 40 degrees, anglers need several days of outside temperatures in the mid- to high 60s for the bite to take off. Fishing for walleye has been better at Banks Lake.

Crappie fishing will soon be kicking off in lakes around Spokane and Coeur d’Alene. Lakes such as Eloika, Silver, Newman, Bonnie, Hayden, Hauser and the Chain Lakes are usually a good bet in mid-April into May. Look for water temperatures above 56 degrees, which may take longer this year than last as the ice didn’t go off Eloika until early this week. Gear is simple; a spinning rod and reel, a bobber, 4-to-6-pound line and a few 1/16- or 1/32-ounce curlytail jigs will get you there.

Razor clam enthusiasts can head to four coastal beaches as shellfish managers with the WDFW confirmed the next round of digging can proceed as plannedFriday through Wednesday.

“Diggers who take advantage of these spring morning tides will find plenty of razor clams that are fattening up for the late spring spawning period,” said Dan Ayres, the WDFW coastal shellfish manager.

Digging is allowed during low tide frommidnight through 11:59 a.m. only.

The Moses Lake Carp Classic will be held on May 21 this year. Registration will be at Connelly Park on Moses Lake beginning at 6 a.m. the day of the tournament. This is a one-day bow-fishing tournament in its third year, with monetary prizes in fourcategories including biggest, top 10 and most. The carp in Moses Lake have an extremely negative impact on water quality, and their spawning activities are harmful tothose of bass.

The organizer of the tournament, Ty Swartout (swartoutfamily@comcast.net), said perfect conditions during the first tournament in 2019 netted over 6,000 pounds of carp.

In response to last year’s outbreak of chronic wasting disease in some parts of Idaho, Fish and Game has increased the number of tags allowed in Unit 14. In response to epizootic hemorrhagic disease, primarily in Units 8, 8A, 10A, 11, 11A, 14 and 16, however, white-tail tags will be fewer. Elk tags will increase from 50 tags to 80 tags in landowner permission hunt No. 2165 in controlled hunt Unit 14-1 and the southern boundary of the hunt unit will be extended about 3 miles. The commission approved a mandate that all hunters must submit deer, elk and moose harvested in Units 14 and 15 for CWD testing.

Idaho Fish and Game, in partnership with the Idaho Chapters of Backcountry Hunters and Anglers and National Wild Turkey Federation, will host a Turkey Hunting 101 Webinar onApril 7 at 5:30 p.m. A one-hour presentation will be provided, followed by a 30-minute Q&A. Log in to the webinar: zoom.us/j/96805664863.

Tags： how do you turn off the electronic sport fishing game
Latest： Skyrim's fishing minigame is a reel missed opportunity
Next： As ice melts on reservoirs, trout fishing improves
Popular Articles/span>