The Metamorphosis of Robert Pattinson

The set, on the outskirts of London, manifested as a “bubble within a bubble,” he says. “And the nature of the shoot was so kind of insular, always shooting at night, just really dark all the time, and I felt very much alone. Even just being in the suit all the time. You’re not really allowed out of the studio with the suit on, so I barely knew what was going on at all outside.” They built him a little tent off to the side of the set where he could go to decompress. And mostly he would pass the time getting weird in the bat suit. “I’d be in the tent just making ambient electronic music in the suit, looking over the cowl. There’s something about the construction of the cowl that makes it very difficult to read books, so you have to kind of almost lean forward to see out of the cowl.” 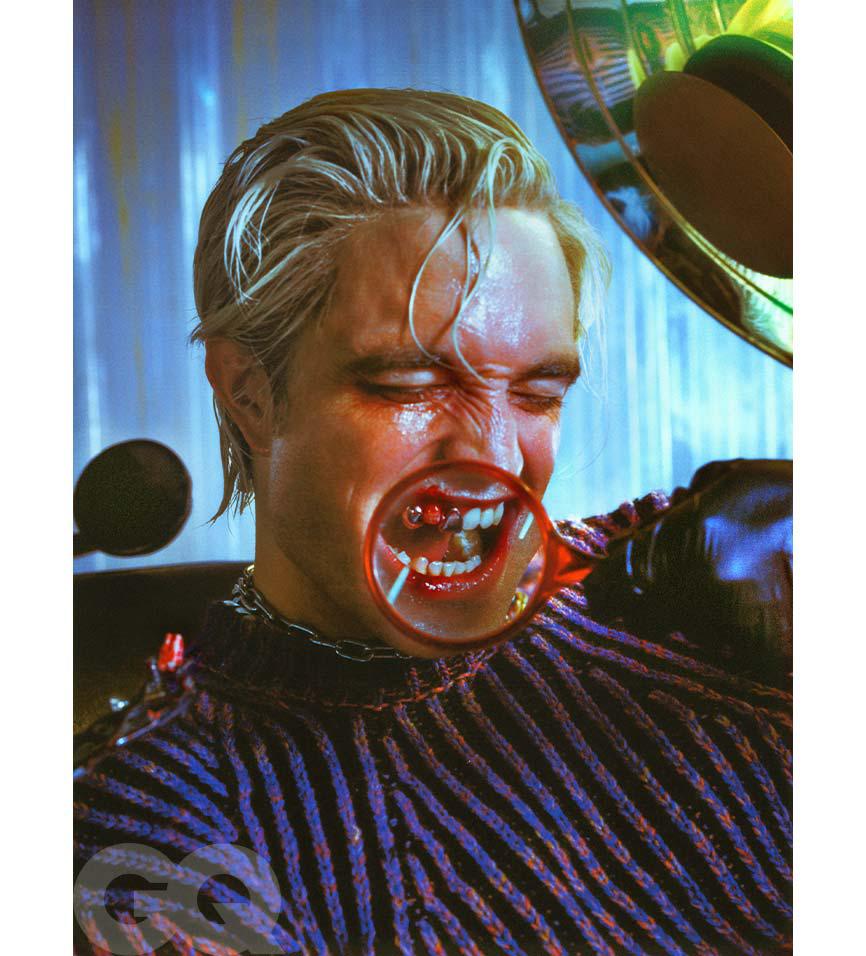 He’d said it a few times, and I had no idea what the hell he was talking about. The cowl?

Though they finished shooting The Batman in April, Pattinson seems to have still only just mentally emerged from the cave. He laughs maniacally when he recalls those solitary hours in the dark: “I mean, I was really, really, really dead afterward. I just looked at a photo of myself from April and I looked green.”

At one point, as we enter a half-crowded restaurant together, his eyes zero in on a private cubby meant to accommodate a discrete party of diners. He’s told that it’s reserved for another guest. You really want back in a cave, I say, and he laughs a laugh of post-traumatic stress.