The video embedded in the tweet quickly garnered almost a million views.

Originally published by the Israeli human rights group B’Tselem on Sunday, the video shows Israeli soldiers rounding up children in the occupied West Bank city of Hebron in October.

Israeli soldiers in Hebron bravely defend themselves from a number of existential threats disguised as defenceless Palestinian children https://t.co/8y8siZqHpf pic.twitter.com/Oc2ghZPUnt

“When kids throw stones they are a public menace. They need to be stopped,” Lerner claimed, without acknowledging that heavily armed Israeli occupation forces have no business invading the cities and lives of Palestinians.

“They should be stuffed into a small cage?” Lineker shot back, referring to a disturbing sequence in the video in which several handcuffed boys appear to be confined inside a wire box.

Lineker stood his ground as Lerner and other trolls accused him of justifying “terror” and implied he may be anti-Semitic.

In 2015, Lineker also came under attack when he tweeted about Israeli abuses of Palestinian human rights.

— Ken Loach (@KenLoachSixteen) December 12, 2017Israel’s damage control operatives will have their hands full, not just with Lineker but with other celebrities who feel more comfortable breaking taboos around supporting Palestinian rights.

Last week, following Donald Trump’s recognition of Jerusalem as Israel’s capital, supermodel Bella Hadid commented to her 16 million Instagram followers that “Watching the news and seeing the pain of the Palestinian people makes me cry for the many many generations of Palestine.”

“Seeing the sadness of my father, cousins and Palestinian family that are feeling for our Palestinian ancestors makes this even harder to write,” Hadid added.

Not content with merely posting her views online, Hadid joined a protest in London last Friday organized by the Palestine Solidarity Campaign. 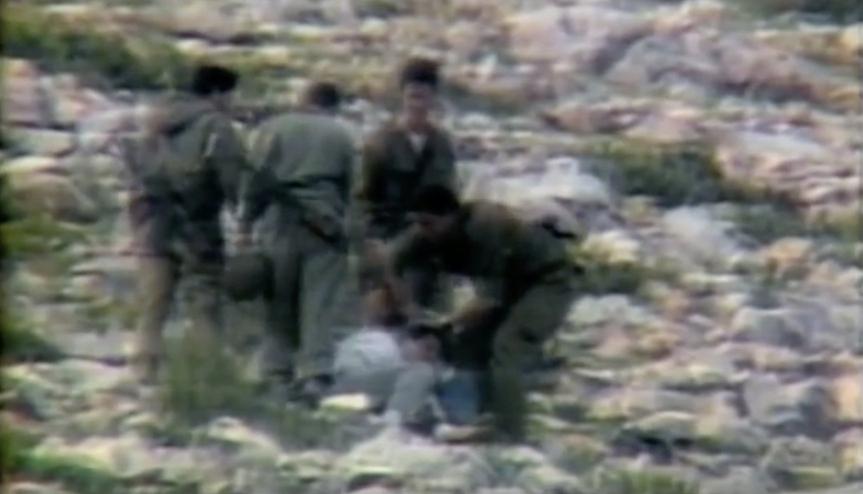 — The IMEU (@theIMEU) December 8, 2017And actors Tilda Swinton and Mark Ruffalo; musicians Roger Waters, Peter Gabriel and Brian Eno; and designer Vivienne Westwood were among more than 100 artists who spoke out against Trump’s decision to recognize Jerusalem.

Tilda Swinton, Mark Ruffalo, Roger Waters, Peter Gabriel and Brian Eno are among dozens of writers, musicians and actors who have condemned Donald Trump’s move to recognise Jerusalem as the capital of Israel. https://t.co/23QtC2PpVD pic.twitter.com/mIGUMmtyVJ

— PACBI (@PACBI) December 12, 2017In a letter published by The Guardian, the artists state that Trump “seeks to achieve through a declaration what Israel has been trying to do for 50 years through force of arms: to erase Palestinians, as a political and cultural presence, from the life of their own city.”

Actress Alia Shawkat, best known for playing Maeby Fünke in the TV comedy Arrested Development, tweeted, “Jerusalem is sacred. Trump’s decision will not be overlooked. Palestine will not be forgotten.”

She added the hashtag #BDS – boycott, divestment and sanctions.

jersusalem is sacred. Trumps decision will not be overlooked. Palestine will not be forgotten. #BDS

— Alia Shawkat (@ShawkatAlia) December 7, 2017She also retweeted a call for a protest outside the White House, as well as a viral photo of Palestinian teenager Fawzi al-Juneidi blindfolded and surrounded by more than a dozen heavily armed Israeli soldiers.

Even American mainstream comedian Bette Midler took an online swipe at Trump, tweeting out a satirical cartoon in which the president is informed by an aide that “The Palestinians have just recognized Dallas, Texas, as the capital of Mexico.”

— Bette Midler (@BetteMidler) December 11, 2017Midler’s intervention may be an example of a Trump effect: some journalists and public figures appear more willing to be critical on an issue when the unpopular president supports it.

Of course these are not the first celebrities to use their fame to bring attention to Palestine – and many who signed the Guardian letter have long records of solidarity – but there’s no doubt that many others stay silent because of career concerns or to avoid attacks from Israel lobby groups.

There are signs, however, that it’s getting a little easier.

In The Nation this week, Dave Zirin revisits the two National Football League players who took a public stance for Palestine earlier this year.

Michael Bennett and Kenny Stills “made global news in February when they refused to take part in a trip to Israel organized by the Netanyahu government, after first agreeing to attend,” Zirin writes.

Along with other players, they “backed out after learning about the propagandistic nature of the trip and being profoundly moved by parallels between the situation for Black Americans in places like Ferguson and the Palestinian carceral existence in Gaza.”

Zirin sees this as an important moment: “It has long been assumed in sports – not to mention in media more broadly – that even recognizing the humanity of the Palestinian people, let alone criticizing the Israeli occupation, is a political third rail.”

Yet both have been nominated for the NFL Man of the Year Award.

That no disastrous consequences befell the NFL players – in a year when Colin Kaepernick paid a very high price for his activism against racist violence by US police – is notable.

People are losing their fear of standing with Palestine, and that’s another worrying sign for Israel lobby leaders who lamented in a secret report earlier this year their failure to stem the “impressive growth” and “significant successes” of the BDS movement.

the walls are breaking down

Americans may not be familiar with Gary Lineker. To a generation of British football fans he was a brilliant player and team captain who then became a noted sportscaster. For someone with his following to speak out on behalf of those children is important. His one-word tweet will resonate with millions. When people who stand on the sidelines realise they're in the game, they have to take a stand, and most will stand with the disinherited, the orphans, the children behind bars. So thank you, Gary Lineker. You've done as good a day's work as you ever performed on the pitch.

I live in Sweden, have around 400 facebook friends and whenever I post something about the grimm injustice palestinians face in their everyday life, by their colonial occupator...I dont get a single like, a single tear, a single comment...just complete silence!
The only thing that might happen and is happening is that I'm losing work, since I'm in the tv-business!
Its a fucking disgrace!