EA introduces a new football game for mobile phones. What can the new game do and when will it be released?

Tactical Football is the name of the latest mobile game from Electronic Arts. We have all the information about the release date, the gameplay and how you can already register for the download. 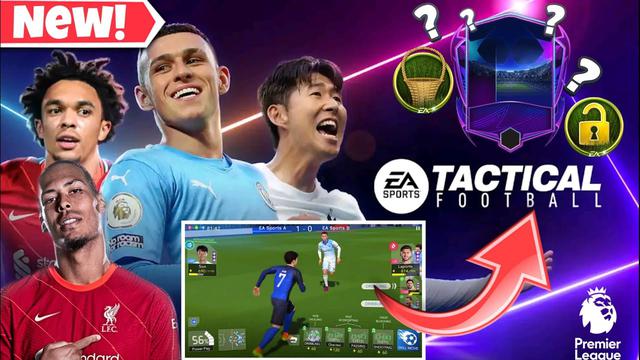 FIFA 22 is almost history anyway, FIFA 23 is getting closer and closer. But forget about the games for the PC or the console, because EA will release a new football game for the smartphone. Tactical Football revolves around the Premier League and will be playable as PvP.

What Is Tactical Football?

Tactical Football is a mobile game by Electronic Arts and not to be confused with FIFA Mobile. The game will feature over 600 licensed players from the Premier League, with no other leagues planned as of yet. In Tactical Football you can build your Ultimate Team, strategically plan your moves and enjoy the thrill of hot PvP matches against your friends and rivals from around the world. Similar to the FIFA Manager series on console, you take on the role of your team's manager and make quick tactical decisions to outsmart your opponents and lead your team to victory.

When Is The Release Date Of Tactical Football?

The developers have not yet announced an official release date. Since pre-registrations are already underway, Tactical Football is not far away from an Early Access release. We can safely assume that Electronic Arts will release the game later this year if everything goes according to plan.

How Can I Register For The Tactical Football Download?

In the meantime, you can pre-register on Google Play if you're an Android user. This way, you'll get Early Access as soon as the game is released. With Electronic Arts as the publisher, it's hard to go wrong when it comes to gameplay, as FIFA Mobile is already one of the best authentic football games for mobile devices.

You participate in timed games and training drills that allow you to gain valuable training experience and learn new skills to improve your players and team. You can view these skills in dynamic cutscenes triggered by your strategic play. Tactical Football promises real-time 11v 11 gameplay with authentic football and close-ups. Hopefully these won't remain promises and the announcements will be put into action.

Tactical Football will most likely be Free-to-Play. On the other hand, this means that there will be a lot of monetization, i.e. the game will be full of advertising. You will also be able to acquire advantages through in-app purchases, you know the drill. We are definitely looking forward to the new mobile game!

Who Will Be On The FIFA 23 Cover?View gallery