Tabletop games continue to represent a significant portion — as much as one third — of Kickstarter’s total annual revenue. But competition is increasing in the tabletop crowdfunding space, and Kickstarter is doing itself no favors with its very public and very confusing transition to the blockchain. Polygon spoke with the Brooklyn-based technology company about its 2021 results and the year ahead.

Pre-pandemic, these in-person events formed major waypoints on the tabletop crowdfunding calendar. Origins, Gen Con, and PAX Unplugged all managed to proceed, although with greatly diminished attendance. Combs was happy to report that it didn’t slow down crowdfunding all that much. Kickstarter’s own data shows the category was up more than 14% over 2020 to a total of $270 million earned for tabletop projects. That’s down from a 32% increase the year before, but still heading in the right direction.

Dollars pledged to successful tabletop versus video games through 2021
Infogram

Combs attributed those gains in tabletop, once again, to the pandemic itself which kept folks cooped up at home searching for escapism in the form of more personal connections with family and friends. That was certainly true over the summer, when declining infection rates and warm weather allowed people to gather together once more.

“I’m really proud not only of the team,” Combs said, “but also of all the creators and the backers who’ve made 2021, specifically for tabletop, just another crazy, wild, fantastic year. We had our best numbers ever.”

The list of 2021’s top 10 highest-earning tabletop game projects includes several notable tabletop role-playing game (TTRPG) campaigns. Magpie Games’ campaign for a game based on Avatar: The Last Airbender and The Legend of Korra broke all existing records for a TTRPG on the platform, raising more than $9.5 million. Dungeon Alchemist showed a promising way to create virtual tabletop terrain on the fly, raking in more than $2.9 million.

Another big storyline on Kickstarter in 2021 was the success of the many independent TTRPG creators it has helped over the years. For example, Possum Creek Games’ Wanderhome, which was successfully funded in late 2020, came out to rave reviews in 2021. Tuesday Knight Games chose Kickstarter to fund the first edition of the well-regarded Mothership in 2021, earning more than $1.4 million. Cy_Borg, from Stockholm Kartell, was also successful to the tune of more than $444,000.

“I think indie RPGs kind of give you that opportunity to exist in a world that you kind of get to curate in the way that you want to with people in a space that is safe,” Combs said, “where you don’t have to jump on Twitter and read about CDC things or politics or anything like that. You can exist in a world where it’s like, ‘I’m going to play Kids on Bikes for a couple of hours and I’m going to figure out what this weird alien is that landed in this small town in Indiana that I’ve created, because I just had the opportunity to do that and create a world that feels safe to me versus the world outside that’s terrifying.’”

or; why we’re making the scariest choice possum creek has ever had to make.
(PLEASE READ THE WHOLE ANNOUNCEMENT!) 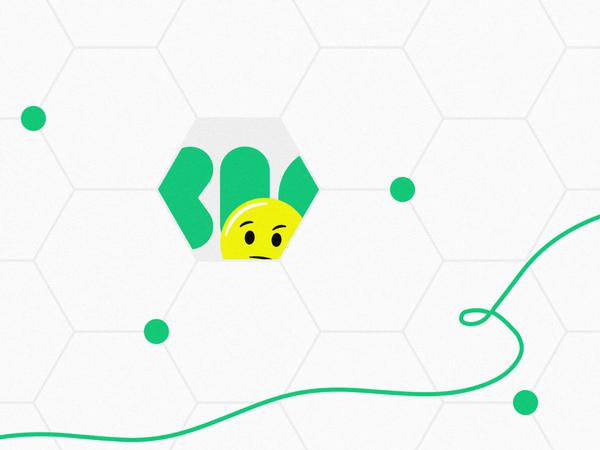 Kickstarter’s planned pivot to blockchain technology, announced in early December, caught nearly everyone in the tabletop games industry by surprise. Dozens of creators publicly lambasted the company for its decision, which many feel is an unsustainable drain on global resources that will contribute to global warming. Several — including Possum Creek — have made plans to use other platforms going forward. Founder Jay Dragon will take future campaigns to IndieGoGo instead. Meanwhile, Polish upstart Gamefound could represent another outlet for dissatisfied users. Founder Marcin Świerkot tells Polygon his platform, which includes a robust post-launch pledge manager, should exit beta in February or March.

Combs declined to comment on the move to the blockchain. Instead, she deferred to Kickstarter’s senior director of communications Kate Bernyk who responded to Polygon’s questions via email. We’ve included Kickstarter’s full response below.

Polygon: What specific benefits does the transition to a blockchain-based technology have for the board game and role-playing game communities?

Kate Bernyk: Ultimately, exploring this new direction is about significantly scaling the number of creative projects that get to show up in the world, and improving the experience for creators and backers.

When Kickstarter was founded, the number and breadth of potential funding sources for creative work increased dramatically—from a few centralized gatekeepers to anyone on the internet. This is what we’ll do at a different scale now.

Over the years, we’ve heard from creators that Kickstarter should offer better ways to connect directly with communities and create more tools to help bring more creative projects of all kinds and sizes to life. Meanwhile, backers have told us they’d like to more easily discover and participate in projects, be able to better control their data, and have more robust tools to assess the trustworthiness and viability of projects. We believe an open source, decentralized protocol is the key empowering people to create innovations and build new technology that can address these kinds of things.

What do you say to those designers and publishers who are upset by Kickstarter’s move to the blockchain and who are actively looking at alternatives?

We’ve heard from members of our community that we could have told the story of why we are supporting a decentralized protocol better. We take our responsibility to creators very seriously and are currently working to paint a clearer picture of the opportunities and possibilities that the protocol will unlock for the community.

Creators are and will always be an incredibly important part of the Kickstarter community. And we are committed to being thoughtful and transparent, and we will be engaging more with creators as plans take shape from here.

What can you tell users who have spent so much time and energy participating in campaigns on your platform who are now horrified at the prospect of the potential for participating in a blockchain-based crowdfunding platform?

Our mission has always been to help bring creative projects to life, and that mission is not changing. The commitments we’ve made in our charter as a Public Benefit Corporation remain constant.

We expect the changes we’re making to result in better tools for creators and backers, more backers getting involved in supporting projects, and more projects finding funding. We’re doing this to benefit creators and to help bring more creative projects to life.

We want creators and backers to know that no one will suddenly be forced to use cryptocurrency. Backers can still use normal credit and debit cards to pledge to campaigns and creators can continue to receive local currency to fulfill their projects.

Games — including video games and board games — have recently accounted for roughly one-third of Kickstarter’s income from successful crowdfunding campaigns. Your data shows that the games space continues to grow, this year by more than $30 million. Given the shift to the blockchain that is on the horizon, and the community’s reaction to it, does Kickstarter project that revenue from games will increase or decrease in 2022? By how much?

In the weeks after the announcement, we’ve seen support for projects continue at the same level as the weeks prior, including for games projects.

On average, creative projects in recent years received nearly half of their funding from backers who came to the project through Kickstarter channels, such as our project discovery pages, newsletters, email alerts, and social media. This is part of the Kickstarter experience that our community has come to expect, and that will not change.

When Kickstarter first launched 12 years ago there was a similar sentiment of anxiety with pockets of creators who were unsure what to make of this new model of going directly to audiences to fund creative projects. As people learned more, that uncertainty subsided.

Meanwhile, Combs says one of her team’s biggest priorities in 2022 is content moderation. In September, the company dealt with a deluge of reports against a campaign that allegedly included white supremacist imagery among its game assets. Kickstarter allowed the campaign to proceed, but only after changes to those assets were made. What followed was a Whac-A-Mole situation in the campaign’s comments, one that shined a light on what many say are the crowdfunding platform’s inadequate moderation tools.

“It’s a huge topic,” Combs said. “It’s something that my team and I are talking about [...] pretty much every single day internally at the company. I am so thankful to have a trust and safety team that is able to see things that I don’t even know [about].”

“There’s a lot sort of going on behind the scenes that we also need to figure out,” Combs continued, “ and we want to make sure that anything that directly impacts our creator and backer community we have everything that is as perfect as it possibly can be. But that’s something my team and I are pretty hell bent on doing our best to improve the experience on.”