There is a lot of debate about the inevitability of more drastic change in store for college athletics. Usually moving at glacier-like pace, the NCAA and the rest of the sports world had to be shocked at the speed of the NIL movement and its widespread acceptance. Is the next step accepting the notion that college athletes are employees in the sport and entertainment industry and perhaps accepting unions to represent them?

I’m not going to make a prediction, but there are some very intriguing questions that will need to be asked and answered before the final form of this issue becomes the “law of the land.”

1. Will there be a minimum wage, and will student athletes be paid for overtime hours?

3. Will there be a wage scale relating to seniority, increasing as the student moves through their junior and senior years?

5. Will paying athletes result in other sports being eliminated?

7. Is revenue sharing a possibility?

8. Will all colleges and universities be held to the same wage standards, or will it be an open economy allowing schools to compete for student athletes with higher wages, exactly the way the open market functions in most employment searches and hires?

9. Will student athletes be permitted to employ agents to negotiate their salaries and benefits?

10. What types of fringe benefits may be part of the compensation? Medical? Retirement? Vacation? Travel reimbursement?

11. Will all student athletes, regardless of their sport, be guaranteed the same minimum wage? 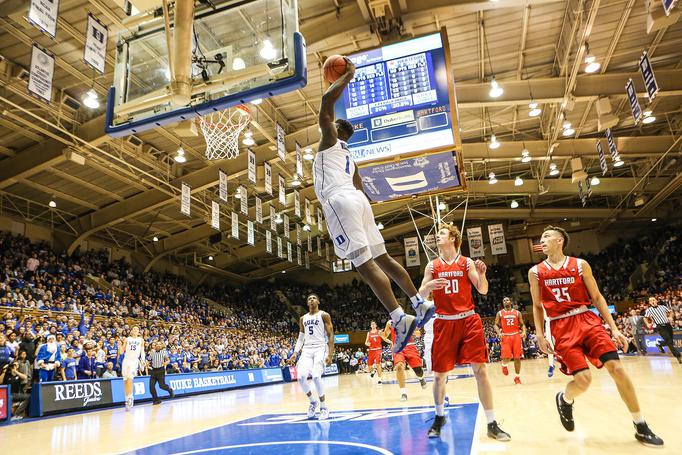 13. What type of labor union(s) will form and how will collective bargaining work?

14. Will Title IX be affected?

15. If athletes are designated as employees, will attending classes be mandatory or optional?

16. Which athletes and which conference will emerge as the trailblazer in the employee movement?

17. Will athletic schedules be expanding to include more regular games and an unprecedented expansion of postseason or playoff competitions?

19. What will this do to the concept of amateurism and how important is that concept to the various publics involved in intercollegiate athletics?

20. Will watching paid athletes perform as representatives of their colleges and universities lessen the interest to watch those games?

These questions are frightening because they not only challenge the status quo, but pose challenges that could destroy the entire system, moving the model from student athletes to athletic students who are employed to provide an entertainment function that generates significant ROI.

Would this be a less than desirable outcome? From my perspective, and I’m sure from that of the majority of scholarship athletes, the answer is no. Our society and our way of life has always intimated that people should enjoy the fruits of their labor. Up until a few years ago, it was an accepted school of thought that the scholarship and related support — room, board, books, etc. — was an equitable exchange. However, the more focus shifted to the amount of revenue being paid by the networks to broadcast games and the related ancillary revenue streams from video games, merchandising, etc., the more that the distribution of that revenue and how it was being utilized came into question.

A shift from student athlete to employee would cause seismic changes in the world of intercollegiate athletics. It may in fact cause a number of athletic programs to cease competing at their current levels, or perhaps to cease competing entirely. Athletic fundraising would also assume much more importance, and athletic departments would need to reexamine their priorities and how they operate to adjust to new rules regarding compensation. Playing more games could become a distinct possibility, and in fact the expansion of the College Football Playoff could become a reality out of necessity. Perhaps March Madness becomes an invitational with every team participating. My point is that the reality will be not be just to share the existing revenue streams, but to generate significantly more revenue to not only pay the “employees” but to provide that the current system does not regress in any way.

For those that argue about the purity of “amateur sports,” I would argue that it has eroded over time and without any real damage. The 1984 Olympics and the subsequent inclusion of professional athletes from the NBA to create the Dream Team were applauded and embraced — the first because the Olympics became profitable, the second because it ensured U.S. success in basketball. We have accepted that amateurism doesn’t equate to being poor and unpaid. Similarly, it’s hard to argue that college athletes are not already employees in some shape or form. While not quite profit-sharing, status as an employee being compensated would be the proper next step, given the enormous sums of revenue being produced by their efforts.

Given the speed at which NIL was implemented and became a common practice, the idea of the NCAA and member schools waiting for state or federal legislation to determine the issue would seem to be a faulty strategy. It is apparent that the courts would probably act before any legislative body. Wouldn’t it be prudent to get ahead of the issue and start sitting down with those parties most likely to push this issue and start having a dialogue that might produce a path to an equitable and manageable situation?

Bill Sutton (billsuttonandassociates@gmail.com) is director emeritus of the Vinik Graduate Sport Business Program at USF and principal of Bill Sutton & Associates. Follow him on Twitter @Sutton_ImpactU.

Questions about OPED guidelines or letters to the editor? Email editor Jake Kyler at jkyler@sportsbusinessjournal.com

Tags： where to buy 20 questions electronic game
Latest： Break the Ice! These 250 Questions to Ask a Girl Will Help You Get the Conversation Started
Next： Michigan Mobile Ticketing Information Michigan Athletics Mobile App
Popular Articles/span>