Should you join the Android 12 beta program?

I ask myself this question quite often. I have one device (a Pixel 4) that runs Android 12 beta 4, and it’s as smooth as butter. In fact, that Pixel phone runs better now than it ever has. I’d go so far as to say my aging Pixel 4 now outperforms my Pixel 5. Granted, that’s not too much of a stretch, given the Pixel 5 was a step down in CPU hardware. Even so, the 4 should not feel nearly as spritely as it does, nor should the battery last nearly as long.

But that’s what I’ve been experiencing since joining the Pixel 4 to the Android 12 beta program. The upcoming release of Google’s mobile platform has injected serious life into that device, so much so that I’m tempted on two levels: First, to use the Pixel 4 as my daily device. Second, to join my Pixel 5 to the Android beta program. And yet, I hesitate.

Generally speaking, I always keep two Pixel devices on hand. I use one for testing purposes and one for everyday usage. And most every time, I’m glad to be fortunate enough to have two iterations of the devices. Otherwise, I’d wind up having to join my daily driver to the beta program so I can experience what’s to come for Android.

But this time it feels different. This time around, I really want to join my Pixel 5 to the beta program and be done with it. After all, I’ve caved to that siren song before. Case in point, Android 11. Soon after joining my previous Pixel to the 11 beta, I joined my default phone. Why? Because the Android 11 beta was rock solid pretty early on.

But that was Android 11, which wasn’t too drastic a change from Android 10. Android 12 is a different story altogether. Material You alone is a big enough change to make me second guess that desire to join the beta program, even though it’s reached Platform Stability and my Pixel 4 is running pretty flawlessly.

Even so, my hesitancy this morning made me wonder what the answer would be for those who only have one Pixel device, are just as curious and maybe haven’t worked much with beta software. Ergo, I thought I’d answer this question for you.

Should you join the Android beta program or not? It’s a question that the vast majority of Android users won’t even contemplate. Why? They either don’t have a Pixel device, or they aren’t aware the program exists.

For those who are aware of the Android beta program, you might only have one excuse: That your phone isn’t supported.

For everyone else, the program is right there at your fingertips. Read my piece How to get the Android 12 beta to find out how you can join the program. 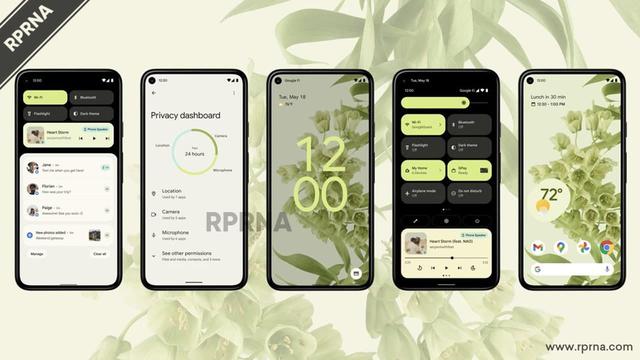 But the big question is … should you? If you have two Pixel devices lying around, you should most certainly join one of them to the beta program. Not only will this give you a first-hand glimpse of what’s to come with Android 12, but it’ll also give you a head start on getting up to speed with the next iteration. Doing this will also allow you to find out which of your installed apps work with Android 12. Once upon a time, this issue tripped me up but good. During the Android 10 beta program, it turned out my banking app did not work with the new OS. Because of that, I had to do a factory reset so I could do online banking with my mobile device.

First-world problems, I know. But once you’ve grown accustomed to such convenience, it’s hard to let go. And when an application you depend on doesn’t work, it can make for a seriously problematic day.

Fortunately, I have found every app I depend on works flawlessly with the beta release of Android 12. And, if I’m being totally honest, many of the apps perform better on Android 12 beta than they do on Android 11. That’s not to slam 11, but to praise how solid Android 12 beta 4 has been so far.

And yet, I haven’t answered the question at hand.

Should you join your daily driver to the Android 12 beta program.

It’s a tough call. If I were to toss all caution to the wind, I’d say, “Heck, yeah, you should join your device to 12 beta.” However, I don’t know your daily routine. I don’t know the apps you depend on. I don’t know how much you gravitate to shiny and new (which Material You certainly is). And given the official release is but a few weeks away, I would say you’re better of holding back. Understand this: I say that as I am officially joining my Pixel 5 to the program (as I type, the apps are being optimized). I don’t mention that glibly, but to share how much I trust this beta release. It really is that good.

But for those who absolutely depend on their devices to do business, hold off. Even though the beta has reached platform stability, it’s still a beta and, as we all know, betas aren’t perfect.

That said, if you’re anxious to get Material You and the buttery smoothness that comes with the Android 12 UI, right now’s the best time to join the beta program. A number of the kinks have been worked out, and it’s as stable as you’ll get, without it being an RC (Release Candidate) or official release.

See how I’m skirting around the question?

In the end, it’s up to you to join or not. If you like having the latest greatest (and don’t mind having to deal with the minor issue now and then), jump on board. If, however, reliability and stability are the things you crave the most, stay with Android 11.

Personally, I’m glad I joined the beta for Android 12. Material You is stunning, and the performance gains have been well worth dealing with a glitch or two now and then. However, being someone who has covered Android for a very long time, it’s almost part of my DNA to want to explore the newest releases. Keep that in mind when making your decision. But, in the end, remember this: If you join the beta program, and you find it too problematic for your daily usage, you can always opt-out and do a system restore to go back to the stable goodness that is Android 11.

If you wind up keeping Android 12 beta on your device when the full release is available, your device will automatically be switched over from the beta and you’ll already be up to speed on what the latest release from Google is all about.

So, what’s it going to be? Will you toss caution through the window and upgrade? Or will you play it safe and wait for the official release?

5G networks and devices, mobile security, remote support, and the latest about phones, tablets, and apps are some of the topics we'll cover.

Delivered Tuesdays and Fridays
Tags： how to reset electronic banking game of life
Latest： Blockchain: The game-changing technology that’s about to disrupt almost every industry Applications of blockchain
Next： Canada: How Does Wordle Save My Stats?
Popular Articles/span>