It’s been a year since Octave Klaba, the founder of OVHcloud, acquired Shadow following a commercial court order. After a stabilizing period, the company is now ready to launch a new plan, a new service and a new B2B offering.

Shadow is a cloud computing service for gamers. People can pay a monthly subscription fee to access a full-fledged computer in a data center near them. It is a Windows instance, which means you can install whatever you want — games, photo editing software, Microsoft Office, you name it.

But the service works particularly well for gamers, as everything has been optimized for video games, from latency, 4:4:4 color support and gamepad compatibility to specifications. Currently, subscribers get the equivalent of an Nvidia GeForce GTX 1080, 12GB of RAM and 256GB of storage for $29.99 per month, or €29.99 in Europe.

This is fine if you want to play Fortnite or Minecraft, but there are more recent GPUs that can improve your gaming experience. That’s why the company is announcing an upgrade for people who want better specifications.

Depending on the data center, users will get an Nvidia Geforce RTX 3070 or the equivalent GPU in Nvidia’s professional GPU lineup. Users could also get a professional AMD Radeon GPU based on the RDNA 2 architecture (AMD Radeon Pro V620).

As you can see, Shadow is partnering extensively with AMD instead of relying exclusively on Intel for CPU models and Nvidia for GPU models. This could help when it comes to sourcing negotiations and supply chain constraints.

When it comes to availability, users will be able to pre-order the Power Upgrade this summer; it will be available this fall. 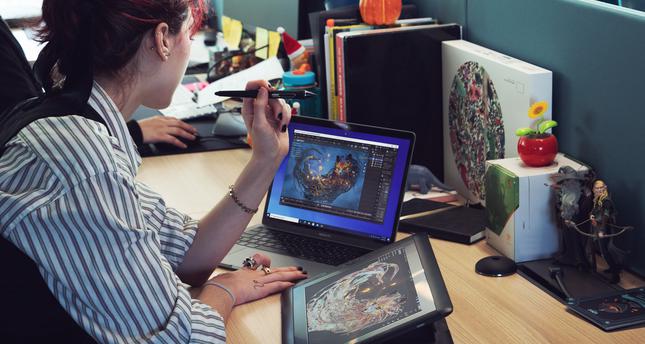 The company is also launching new markets as people living in Canada and Austria will be able to subscribe this fall. As a reminder, Shadow is currently available in France, Belgium, Luxembourg, the Netherlands, Germany, Switzerland, the U.K. and the U.S.

International expansions for a cloud computing service can be a bit difficult, as you want your users to live as close as possible to a data center where you operate (because of latency concerns). There are currently eight data centers with Shadow servers — three in France, one in Germany and four in North America.

From hubiC to Shadow Drive

OVHcloud founder Octave Klaba also owns a cloud storage service called hubiC. For the past few years, that service has been on hold as it stopped accepting new customers and is going to shut down soon. Indeed, hubiC never really managed to compete with Dropbox, Google Drive or Microsoft OneDrive when it comes to features and reliability.

But it doesn’t mean that it was a bad idea. There’s still some room for competition in the online storage space. That’s why Shadow is going to launch a new service called Shadow Drive this fall.

Based on Nextcloud, a popular open-source online storage application, Shadow Drive will store and sync your files so they can be accessible through a web browser, a desktop app or a mobile app. There will be a free plan with 20GB of storage and a premium plan with 2TB of storage for $8.99 per month (€8.99).

Expanding to business use cases

From the very beginning, Shadow has always been thinking about B2B use cases for its cloud computing service. Essentially, if the company can make the service work for gamers, it will be perfectly capable of running productivity apps and other professional software.

The company is now accepting customers for its new division called Shadow Business Solutions. Clients will be able to create, manage and share access to several virtual machines running on Shadow servers.

Crypto gaming is growing, but can it reach people outside of the web3 world?

For instance, Bandai Namco worked with Shadow for the Elden Ring press campaign. The company shared a login and password with video game journalists so they could play and review the game on a powerful computer and in a secure environment.

In many ways, Shadow hit the reset button last year with Octave Klaba’s acquisition of the company. While the company might not attract millions of users with such a premium positioning for its cloud computer, it sounds like Shadow now has a strong foundation for future iterations.