Saudi Arabia expands its sportswashing ambitions to the world of gaming

Saudi Arabia has grand plans to become a powerhouse in the world of eSports and gaming.

The kingdom’s sovereign wealth fund – a $500bn entity chaired by Crown Prince Mohammed bin Salman – announced a new gaming company in January 2022 with the intention of staking its claim in the booming industry.

The Savvy Gaming Group went on to purchase ESL Gaming – one of the largest independent eSport entities in the world – from Sweden-based Modern Times Group in an all-cash transaction of $1.05bn. It also purchased FACEIT, one of the biggest tournament organizers in eSports, for $500m, and later merged the two entities to form the ESL FACEIT Group.

“ESL and FACEIT have both been fundamental to the incredible growth of eSports and competitive gaming globally, with over 30 years combined in the industry,” the newly-formed ESL FACEIT Group said in a press release. “Together, they will form a new driving force in the fast-growing but fragmented eSports landscape at a critical time in the evolution of the industry.”

Weeks later, Saudi launched a new billion-dollar initiative to transform the kingdom into a leading digital entertainment hub. The initiative, aptly named Ignite, is expected to fund the development of new games, as well as infrastructure for gaming studios and arenas. The kingdom also revealed plans to establish a big budget games studio in Neom, the proposed futuristic $500bn mega city in the Saudi desert. The studio, which is expected to produce and distribute games by a major publisher, would be the first of its kind in the Middle East.

Saudi’s latest investments in gaming come on the heels of the kingdom’s acquisition of Japanese game company SNK in 2020, and its $3bn investment in shares of game companies such as Electronic Arts, Activision Blizzard, and Take-Two Interactive Software.

Gaming has grown tremendously in popularity across the Middle East and North Africa region. Gaming consumption in the kingdom is projected to reach $6.8bn by 2030, according to the Boston Consulting Group, an entity that has worked closely with the Saudi crown prince to enhance his image. 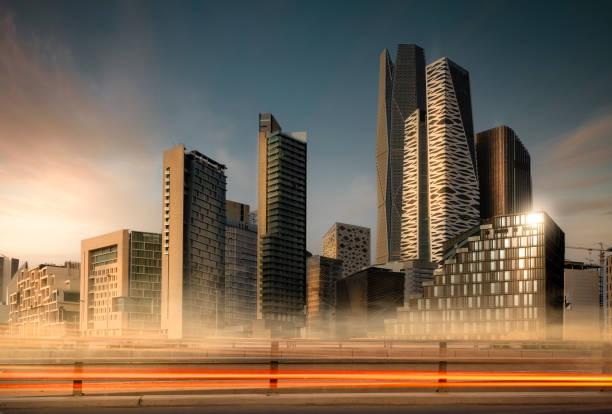 By zeroing in on the burgeoning eSports market, Saudi Arabia has added a new layer to its soft power strategy in an attempt to polish its public image on the international stage. The process is known as sportswashing, a term popularized by Amnesty International to describe the use of sports by oppressive governments to legitimize their regimes and distract from their human rights abuses.

Saudi Arabia’s strategic investment in sports and entertainment events dates back to November 2016 when Mohammed bin Salman ordered the kingdom’s General Sports Authority to set up a fund to bolster sports activity in the country. The objectives of the fund were to diversify the kingdom’s investments as part of Vision 2030, a proposal intended to reduce Saudi’s dependence on oil.

Since then, Saudi Arabia has transformed into a global hub for sports events, having signed a 10-year, $650m deal for a Formula One motor racing event, invested millions in a Saudi International golf event, established a long-term partnership with WWE and hosted some of the biggest boxing showdowns in recent memory. The kingdom has also hired the Boston Consulting Group to help lobby its interest in hosting a World Cup event in the not-so-distant future.

Last year, a group led by Saudi’s sovereign wealth fund purchased Newcastle United. It is arguably one of the kingdom’s most significant investments, as it offered Saudi Arabia an influential position in English football, as well as an international platform to upgrade its public image and distract from its recent abuses, including the infamous assassination of dissident journalist Jamal Khashoggi, its devastating war in Yemen that caused a humanitarian catastrophe, and its crackdown on intellectuals, reformers, and women’s rights activists.

And while the kingdom has managed to make strides in its eSports ambitions, it has also faced opposition from critics uncomfortable with its entry into the industry. In July 2020, Riot Games’ League of Legends European Championship withdrew from its partnership with Neom less than a day after first announcing the deal. The decision was taken after fans threatened to boycott the league over the Saudis’ anti-LGBTQ+ laws.

Other Gulf states also faced backlash as they attempted to pivot to eSports. Last month, Ubisoft moved its Rainbow Six Siege eSports tournament from the UAE after 13,000 fans signed a petition that called the decision “insulting to our identity.”

It is also possible that Saudi Arabia may face renewed scrutiny for its sportswashing tactics in the wake of Russia’s invasion of Ukraine. Over the past few weeks, various international sports organizations and governing bodies have imposed sanctions on Russia and its athletes as a direct result of the war. This has, in turn, led to a revival in the discussion about how other authoritarian regimes have weaponized sports for political gain.

Nonetheless, it is more than likely that Saudi Arabia will continue to forge ahead with its ambitious sportswashing strategy, expanding its scope of influence to not only include traditional sports and entertainment but digital space and its endless potential, as well.