Users will be able to play games available on GeForce Now, Google Stadia, and Utomik. 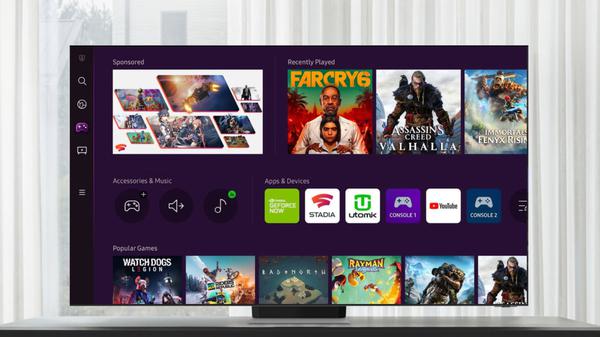 By Otto Kratky on

Currently, Samsung Gaming Hub is planned to give users access to the game libraries available on Nvidia's GeForce Now, Google Stadia, and Utomik, though other streaming platform partnerships are planned. "We developed the Samsung Gaming Hub with our incredible content partners to benefit all gamers, and we plan to continue our collaboration to grow the ecosystem," said Samsung Electronics' corporate president Won-Jin Lee.

While it's not clear how users can expect their games to perform, Samsung claims that any titles streamed through the Samsung Gaming Hub will have "console-like performance." Players will also seemingly be able to use any controller they want, although they'll need to have the right TV to actually use the service. Samsung Gaming Hub is only coming to a select group of 2022 Samsung smart TV models.