Ubisoft has released the patch notes for Rainbow Six Siege Crystal Guard. Y6S3 of Rainbow Six Siege launches sometime in September, but the new season is now available on the PC public test servers, with the new operator Osa coming on August 18.

The main addition in Crystal Guard is the brand-new attacker, Osa. Rainbow Six Siege's first transgender operator, Osa's gadget is the transparent Talon-8 shield, which can be carried or deployed. The shield can be placed on the floor, or in windows or doorways, allowing her to observe the enemy while in full cover.

The Crystal Guard update also includes reworks of three maps; Bank, Coastline, and Clubhouse. All three maps have received technical overhauls to match modern standards and Bank has received an art overhaul. The new update now allows players to mix and match elite headgear and uniforms with any other headgear and uniforms, as long as it's for the same operator. 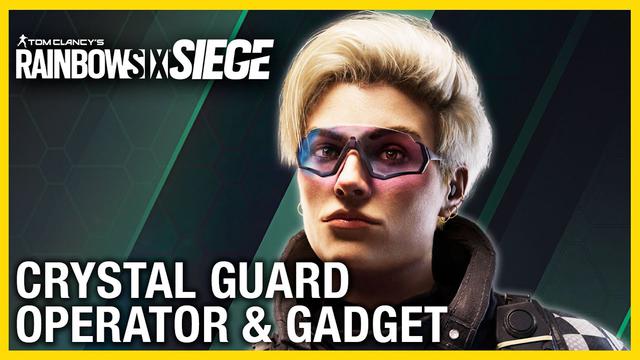 While the alien-infested PvE spinoff game Rainbow Six Extraction was delayed until January 2022, the Rainbow Six Siege event inspired by the game, Containment, is still live through August 24.

Rainbow Six Siege's Crystal Guard update also includes a number of operator adjustments and fixes. You can read the full patch notes on Ubisoft's website or below:

These changes will be broken down and explained in detail in our upcoming Designer's Notes blog post.