The July 2021 lineup of PS Plus’ free PlayStation games has been revealed, and it includes Call of Duty: Black Ops 4 and three other games. Leaks about PS Plus’ monthly free games are common in the weeks leading up to each announcement. Last month, leaks correctly guessed the three games for June, with Star Wars: Squadrons as the headliner. It was the second of EA’s more significant titles coming to the service this year, following Battlefield V in May. However, the leaks only got one of the three games correct this time.

PS Plus has offered a great selection of free games since the launch of the PlayStation 5, but several PS Plus games with PS5 upgrades available haven't been eligible for download on PS5. This is true for the PlayStation 5 versions of Greedfall and Final Fantasy 7 Remake, which both received enhanced ports after being offered for free through PS Plus. The July free games break this trend. 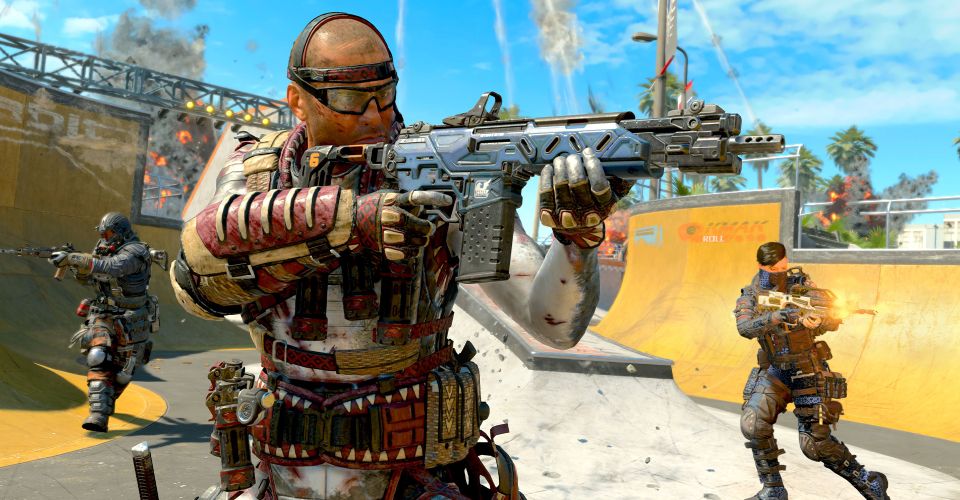 The most significant of July’s free games is A Plague Tale: Innocence. According to PlayStation, players can use PS Plus to download the enhanced PS5 version announced earlier in June. PS4 owners won’t be able to play the game for free unless they secure a PS5. In addition to A Plague Tale, the PS4 versions of Call of Duty: Black Ops 4 and WWE 2K Battlegrounds join the service. Black Ops 4 is considered one of the weaker entries in the COD franchise, offering only multiplayer game modes. It also introduced the Blackout battle royale mode, the predecessor to Warzone.

Battlegrounds replaced the annual WWE 2K series following the glitchy mess that was WWE 2K20. Instead of simulation-style gameplay, Battlegrounds has arcade action, complete with power-ups and special abilities for the wrestlers on the roster. July’s PS Plus lineup also has Virtua Fighter 5 Ultimate Showdown, which carries over from June’s selection on the service. Ultimate Showdown is a remake of the original Virtua Fighter 5. The new free games will be available starting July 6; June's selection of games is available until July 5.

The track record of PS Plus has arguably outshined the offerings on Xbox’s Games with Gold over the last several months. However, Xbox has Game Pass, which decreases the need for high-profile games offered on its free monthly service. PlayStation CEO Jim Ryan suggested it could also be gearing up to launch its own version of Game Pass, likely bolstering its PS Now service to offer a similar deal to Game Pass.

Latest： Dead by Daylight Surpasses 100,000 Concurrent Player Peak
Next： Redfall Has Been In Development Since Before Prey: Mooncrash Launched
Popular Articles/span>