The 90s were a glorious time filled with POGS, classic Nickelodeon and of course, pop culture’s beloved virtual pet. The handheld dot matrix toys were practically everywhere, so it was little surprise that a more refined and robust creature-raising video game like Pokémon, or Pocket Monsters as it was known then, eventually materialized in Japan in early 1996.

While North American Game Boy owners wouldn’t get a localized port until 1998, PlayStation gamers were treated to platform-exclusive Monster Rancher (Monster Farm in Japan) in the interim. Launching during the second half of 1997, Tecmo’s glorified digital pet simulator shared much of Pokémon’s basic DNA, including head-to-head battling, monster collecting and a grind that consisted of copious training and leveling up. Lighter on the traditional RPG elements, though.

What really set Monster Rancher apart, however, was how it harnessed the PlayStation’s emerging CD technology. To obtain fresh monsters, you’d visit the in-game shrine, swap out the Monster Rancher game disc, and pop in any other compact disc you might have lying around. That could include music audio CDs, computer encyclopedia discs, other PlayStation games or even one of those AOL trial samplers. The game would scan your CD and out would pop a unique monster. For the time, it was downright enthralling.

Mind-blowing CD tech aside: Was Monster Rancher, at its core, a Pokémon rip-off? I’m not certain anyone knows for absolute sure, minus its original team, who probably wouldn’t admit it even if it were true. I don’t think it’s common knowledge which title technically entered development first.

Obviously, Pokémon was first to market and went on to become the money-printing multi-media juggernaut we know it as today. Monster Rancher, while spawning an anime and enjoying many sequels across multiple generations of consoles, eventually faded into a sort of virtual pet obscurity. That is, until today. 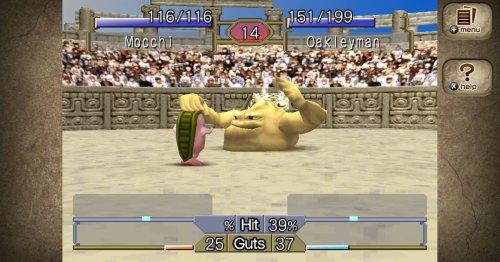 Earlier this morning, Koei Tecmo announced the cult-anticipated worldwide re-release of both PS1 Monster Rancher games. Monster Rancher 1 & 2 DX will be available on the Nintendo Switch, iOS and Steam starting from December 9, 2021. And it’s about time, because Monster Farm fans in Japan have had access to these re-issues for a few years now. Bizarrely, the dual pack won’t be available on any contemporary PlayStation platform.

You can check out the official announcement trailer below, in which series executive producer Kazumi Fujita discusses how excited fan messages helped convince the team to bring the new Monster Rancher versions to the rest of the globe:

According to an enthusiastic Fujita-san, Monster Rancher 1 & 2 DX will have “re-balanced monsters” and “features to allow you to play with players in Japan as well”. Perhaps this alludes to some sort of online play? The other big question revolves around the original games’ popular CD swapping feature and how that might be translated into today’s interactive ecosystems.

Some clues show up via the video’s description:

The Monster Rancher series originally launched with a unique feature that allowed players to use physical CDs to generate monsters in the game, with each CD having a unique ID that would spawn a different monster. This feature has been re-worked in Monster Rancher 1 & 2 DX, allowing players to search a database to find their desired CD and generate a monster from its data. Enjoy searching a vast database of songs from around the world and generating monsters based off of some of your favorite music!

So while you won’t be able to jam your old scratched copy of Nirvana’s Nevermind into your Nintendo Switch to extract a sweet new monster, you should be able to find ‘Smells Like Teen Spirit’ by way of electronic database and go from there, however that process will end up working. Not nearly as exciting as experimenting with physical media, but at least they’re trying to bring the retro magic into the current internet/gaming landscape.

I, for one, anticipate this throwback re-release. The Monster Rancher series holds a special nostalgic place in my 32-bit heart, and even though the original PlayStation titles probably haven’t aged in the best way, I look forward to reliving those memories of raiding my parents’ massive CD collection and obsessively scanning every single disc to uncover the monstrous treasures hidden inside.