FORT LAUDERDALE, Fla., Sept. 3, 2021 /PRNewswire/ -- Leading sports media and talent management brand, Playmaker, announced today the launch of 'Playmaker Betting', a new content vertical that will include sports betting content, events, games, and more. Renowned poker player, Jeff Gross, is the company's latest high-profile investor. Collaborative content will be rolled out over the coming months including Jeff's podcast and a series following his World Series of Poker journey will live across all Playmaker platforms including Instagram, Facebook, Twitch, TikTok, Youtube, and more.

With more than 25 original series and podcasts on their 2021 slate, Playmaker will play a larger role in the professional poker & sports betting space, taking fan and player engagement to a new level. The company soft-launched its sports betting vertical in early August, partnering with top sportsbooks/casinos including BetMGM, CircaSports, and others. Their unique approach to sports betting content is aimed at the 21-34 demographic of new sports bettors and existing sports bettors. 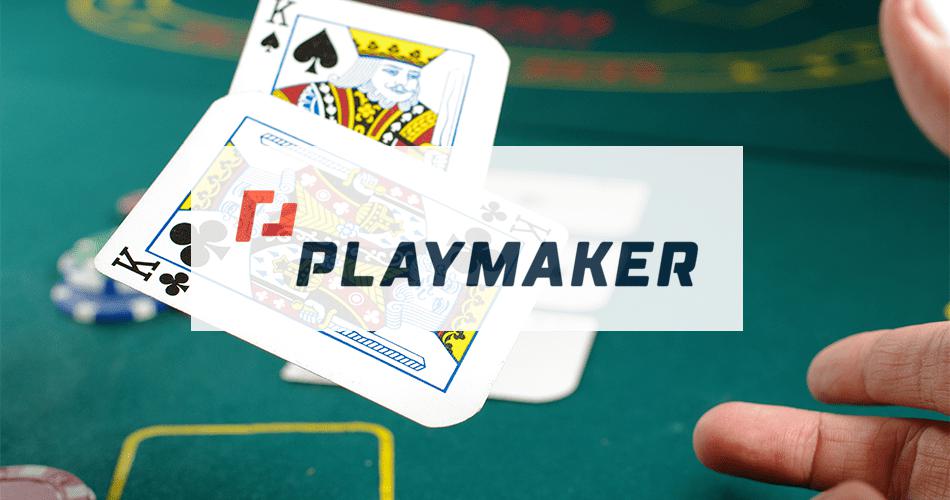 "We see the future of sports betting content being short-form, snackable video & audio content, as well as two-way, conversational live experiences, from events to SMS, streaming and everything in between," explained Brandon Harris, Playmaker CEO. "We will create content & experiences that are fun, engaging & informative first, and naturally introduce sports betting into the conversation," continued Harris.

Playmaker has also partnered with the AFFL to introduce their Speed Survivor SMS game which will run throughout the NFL season. It is a two-way conversational free-to-play game played entirely over text message- the player is texted and must answer correctly within the amount of time to move on until only one player is left standing. The first game launched during the NBA draft where players were texted before each pick to make their prediction and a lucky winner was awarded the $1000 grand prize.

"We are thrilled to bring on Jeff Gross as not only an investor, but an advisor as well. Jeff has already provided us several valuable alignments with his existing network and portfolio and will be announcing those partnerships later this month," said David Woodley, CCO and CRO at Playmaker.

"Playmaker was a perfect fit. One of my close friends, Phil Hellmuth, introduced me to the guys. We have some cool things coming up for the World Series of Poker," said Jeff Gross, Professional Poker Player. "The sports industry is growing so quickly. Betting is becoming less taboo and legalized at a federal level. Poker is coming back online in many states. People are gonna do it anyway, you want to show them good value spots, just do it responsibly."

About Playmaker
Playmaker is a sports-focused media, merchandise, and management company with over 10 million followers on social media, shows on Snapchat Discover, and more than 50 athletes & creators under management. Playmaker is focused on the come-ups & comebacks, helping athletes, artists & influencers share and monetize their stories at scale through shows, brand partnerships, merchandise, and more.