But recent research lends new complexity to the dispute, and suggests violence and immorality in video games can lead to boosted moral awareness when players put down their controllers.

The study—helmed by University of Buffalo assistant professor Matthew Grizzard, PhD, and titled “Being Bad in a Video Game Can Make Us More Morally Sensitive”—is slated for publication in the journal Cyberpsychology, Behavior and Social Networking. Grizzard’s findings contradict the notion that, in the case of violent video games, life always imitates art.

“Rather than leading players to become less moral, this research suggests that violent video game play may actually lead to increased moral sensitivity,” Grizzard said. And when coupled with findings from previous morality research, the elevated sensitivity may encourage positive, “pro-social” behaviors like generosity, Grizzard told The Daily Beast.

At the foundation of Grizzard’s study is the emotion of guilt.

In his research, Grizzard had a slate of participants perpetrate “immoral” acts while playing video games, like opting to fight as a terrorist rather than a UN Peacekeeper. The research was carried out using a modified version of the game Operation Flashpoint, equipped with a customized map and characters. The game has a history of being used in similar studies, Grizzard said.

When participants’ gaming sessions were completed, Grizzard worked to identify and assess players’ feelings of guilt. And repeatedly, players who acted “immorally” on screen reported higher levels of guilt and heightened sensitivity toward concepts like fairness, loyalty, and purity, according to the study. Grizzard notes that while the study does pinpoint these feelings of guilt, it doesn’t suggest outright that individuals are likely to act on their heightened sensitivity in the real world. Still, Grizzard says there’s certainly potential, and he intends to explore further. 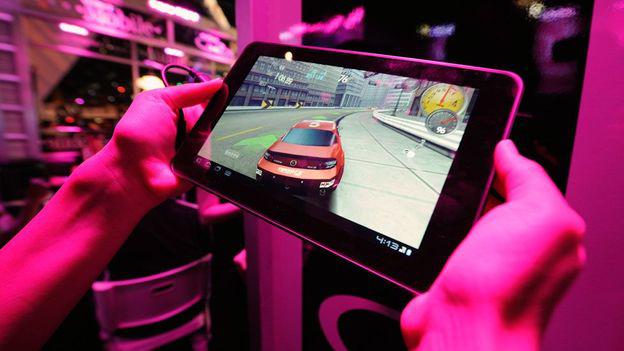 “Guilt itself can be an important motivator, so there’s no real reason to think guilt elicited by games wouldn’t act similarly,” he said. “[It] wouldn’t be unexpected if we did observe that kind of evidence. It’s something we’re getting ready to look at.”

The research hasn’t quite swayed other professionals currently examining the effects of violent video games, though. One study can’t provide closure to such an intricate debate, according to Dr. Jim Taylor, author of Raising Generation Tech: Preparing Your Children for a Media-Fueled World.

“It does go against a large body of research about violent video games,” Taylor told The Daily Beast. “This is one study that needs replication to see whether the effect is real.”

Taylor noted past studies have demonstrated frequent participation in brutal games can lead to desensitization to violence and an increase in aggressive thoughts. Taylor also said the contrarian nature of the study will likely bring added attention to a field still very much being charted.

“I’m not going to say violent video games cause violent behavior; there’s definitely an association, but it might not be causative,” Taylor explained, noting the field possess “many shades of gray.” “It’s going to be years before we really tease out whether [these games are] good, bad or neutral,” he said.

Grizzard said he knew early on that the study might be received as polemic.

“When you do any kind of work on video games, I think you run the risk of angering both sides,” he added.

Tags： do video games boost aggression fox news
Latest： The 10 Worst Video Game Consoles (& The Best Game For Each One)
Next： How to Delete the Installed Games on Xbox One Hard Drive?
Popular Articles/span>