Gamers are present in all forms and they enjoy the artistic medium of video games in different ways. Some consider gaming an essential part of their life and want to experience every good video game that releases. However, some people just consider playing video games as a casual pastime. They don’t dedicate a lot of time to this activity and just play the most popular games.

When we talk about these popular games that even a casual player is aware of, a few names come up. Call of Duty, Fortnite, and Grand Theft Auto are some famous games everyone knows. However, one name that almost everyone is aware of is FIFA. Football (or soccer) games from this widely popular series are quintessential for nearly everyone who has ever played games.

Even if you aren’t interested in sports games, there is every chance you have played FIFA as a couch multiplayer with a sibling. When you hear the FIFA name, you think of the very popular football game that you can play with friends. It is familiar to almost every person. However, Electronic Arts is surprisingly losing this name.

News about Electronic Arts dropping the FIFA name came out for the first time in October of last year. The General Manager of EA SPORTS, Cam Weber, said in a letter that the publisher of football games may get a name change. The reason for this shocking change of name was the negotiations hitting a wall. Both of the parties, apparently, wanted different things after the current 10-year cycle, which ends after the 2022 FIFA World Cup. 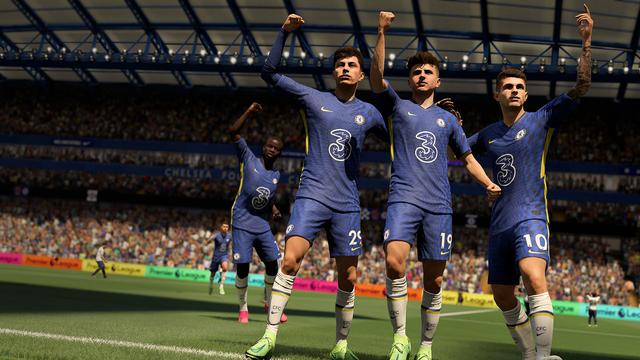 FIFA wanted more than double the money they currently get, almost $1 Billion every 4 years. Electronic Arts, on the other hand, wanted control of some other rights from the football federation. NFTs and other ventures were a part of the company’s proposal but the talks weren’t successful. Speculation about whether this groundbreaking change would happen or not continued for months. Finally, Electronic Arts announced the final result of this drama this week.

Both the parties could not agree to a renewal of the licensing deal of the FIFA name and a decades-long collaboration between the companies came to an end this Tuesday. Electronic Arts has already announced its next plan after this break-up, with EA Sports FC becoming the new FIFA. It still has all of the player and league licenses and is a more independent entity now, but will this change actually be good for EA SPORTS? Not really!

Why Renaming FIFA Is A Bad Move:

Players of the series, analysts, and industry experts, all have different opinions about this re-brand. Some think that it is actually not a bad thing for the franchise at all. The FIFA license is just one of the many authentic deals that the game has, so it won’t have that much of an effect; players are still getting the same product. However, others think that this will actually harm both FIFA and Electronic Arts. However, this change might impact Electronic Arts much more than FIFA.

Andrew Wilson, the CEO of EA SPORTS, said in a meeting back in November that FIFA is just “Four letters on a box.” This unveiled quote from the CEO got a lot of attention and unsurprisingly so. It technically might be true; FIFA is just the name that Electronic Arts licenses for its games in addition to an exclusive FIFA World Cup. However, this name has become much more than just a title; it’s a huge cultural phenomenon now. The company had made this series the dominant football franchise and people recognize it from the FIFA brand.

Like it or not, when the average consumer purchases FIFA, they search for the label and not the publisher, and publishers can change very easily. Rumors suggest that FIFA is already in talks with developers, like 2K Sports to license the title and make a video game. So, the industry will still have a FIFA game, just not one from Electronic Arts. Therefore, the company isn’t just losing a single name, it’s losing a staple of pop culture.

People who aren’t hardcore players are more familiar with the FIFA trademark. Hence, they are obviously going to opt for the familiar name and not the never-heard-of EA SPORTS FC. More seasoned and up-to-date players will definitely stick with the rebranded Electronic Arts game. However, more casual players will most probably go for the new FIFA and they make up a huge number of sales.

FIFA Is Just Too Popular:

The FIFA name has just become so common in everyday gaming that a lot of people won’t care about who the developer is. Electronic Arts will lose a lot of players by not renewing this license and the new name doesn’t roll off the tongue either. FIFA, on the other hand, will probably get an even bigger deal than its current one. Publishers recognize the potential that this namesake has and will want to make the most of it.

The gameplay of FIFA 22 is already being criticized a lot, so any half-decent game will sell a lot. One argument in Electronic Arts’ favor is that it still has licenses for all the leagues and players. However, even when FIFA didn’t have this much exclusivity, the game sold like hotcakes. Some even say that the older games, like FIFA 14, were the best ones. Players who are just buying it for the couch multiplayer also won’t care that much for exclusive partnerships.

Electronic Arts’ proposed plan for the franchise also wasn’t very good. The publisher wanted to make NFTs of the FIFA namesake and get more rights in the new deal, while most of the gaming world has a huge dislike for NFTs, so the deal falling through is probably for the best. Only time will tell who becomes more successful, between FIFA and Electronic Arts, but having competition isn’t bad.

For players of the FIFA series, this break-up does hurt. Perhaps, if they get to enjoy two football simulations instead of one, it’s not such a bad thing. Electronic Arts’ new rebrand will definitely still be successful, as they have an eminent product. However, Electronic Arts losing the FIFA name is more than just a minor sentiment.