On the trail: Don't wait around to try fly-fishing

I met a guy once, one of the best casters I ever saw. He could put a fly in your pocket at 65 feet and then put the fly in his own pocket on the next cast without stripping any line. He had learned to fly-cast at a city-owned casting pond, then perfected his craft in the backyard. It was 15 years, he told me, from when he first picked up a fly rod to when he decided he was good enough to go fishing. It was some time after that he caught his first fish. Hey, it worked for him.

Last spring a friend of mine that I started in fly-fishing came out from Alabama to fish with me again. He brought his son along and it was fun to watch the 25-year-old putting his southern fly-fishing skills to work in Oregon. They worked on their presentations and their attitude toward the water and they started to catch fish — rainbows and brown trout.

The beauty of fly-fishing is it gives you exactly what you demand of it. The art of the angle can be complex or simple, technical or sublime.

Last year, over a Zoom presentation to a fly-fishing club, I talked to a guy who said he was going to go fishing again as soon as COVID was over. Meanwhile he was going to sit in on video fly-tying and travel discussions. I’m guessing that is what he wanted from fly-fishing, for the time.

A friend of mine was treasurer for a fly-fishing club in Portland. I invited him once on a dry fly trip to Chile and he was ready to buy his airline ticket when his fear of being found out kicked in. He was not as skilled as he wanted to be, he said. He confessed his casting skills were sub-par and his knowledge of bugs was lacking.

“I’m just not ready for a trip like that, Gary,” he said. “Invite me next year. Maybe next year I’ll be ready.”

I tried to point out that if he went on the trip I proposed, and that he was well able to afford, he would acquire the skills he wanted with the help of the guides and the fish. Along the way he would catch big trout and medium size trout and even a few small ones. 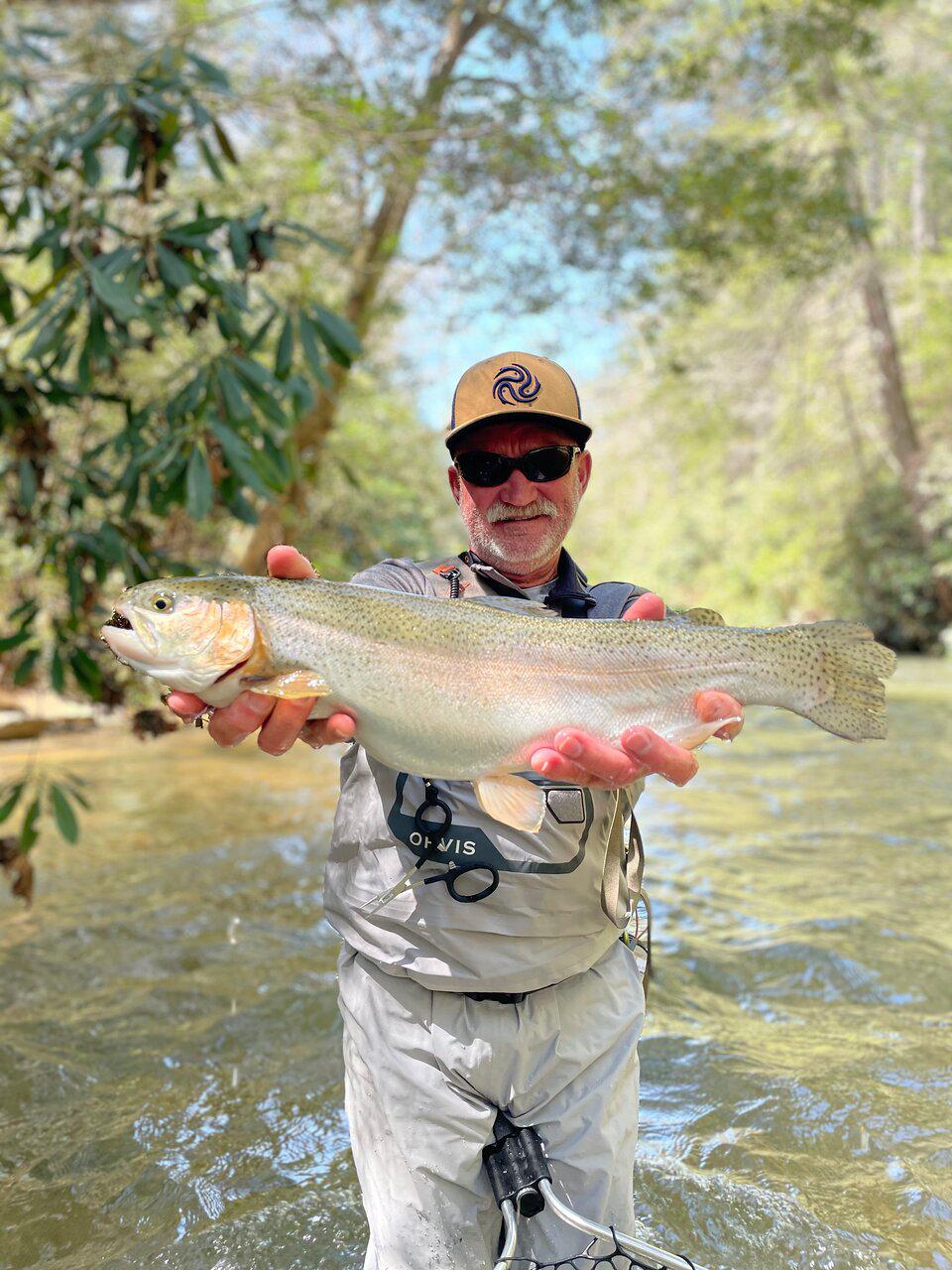 “Maybe I’ll go on a trip around here and get the skills, I need,” he said.

Do you think he did? I don’t either.

There are always people that will tell you not to go fishing. I got grounded from fishing when I was in ninth grade because my algebra scores fell off. I got up earlier in the morning than my parents on a Saturday morning and went anyway.

Ask my dad if you bump into him on the river this season. Was it more important to Gary’s future that he improve his grades from Cs to Bs in algebra? Or was fishing more important? Dad will say I did pretty good in geometry, especially the part that deals with the angle.

One time I was on the Kalama River in the middle of an epic steelhead bite and the office called my grandparents’ house and wanted me to come in. Do you think I came off the river before dark? No. Did they fire me? No. I quit a month later. No one needs that kind of pressure.

I am not a fly-fishing guide but I find myself in the position of teaching people to fly-fish every season. Lots of times it’s 11-year-olds or spouses of friends or people who show up on trips I’m on. The thing I spend the least amount of time on is the casting. Truth is, anyone who can pick up a fly rod and keep it off the ground is equipped to catch fish on small streams or still water. What they need is work on presentation, on theory, on line control. If they like fly-fishing, they can get a casting lesson next week. Think I’m wrong? Watch someone with a 7-foot tenkara rod. They can’t cast more than 12 feet at best, but they can catch fish all day long on good water.

People pick up fly-fishing for a lot of reasons. Catching fish may not be at the top of the list, but it is important enough a person should go fishing when they want to.

What do you want from fly-fishing? Are you getting it? If not, go out and demand it. Want to be a better caster? Go fishing. Then get a casting lesson. Want to learn more about bugs? Go fishing and turn over rocks. Want to multiply your fishing skills? Hire a guide.

If someone tells you not to go fishing for whatever reason — your health, your grades, their status or their money, you are better off going fishing anyway. Just get up earlier in the morning.

Success! An email has been sent to with a link to confirm list signup.

Error! There was an error processing your request.