On NFTs, and why Ubisoft hates video games (and you)

First off, what the hell is an NFT anyway? Conceptually, an NFT is a digital asset with authenticity that can be verified in an incorruptible cryptographic code known as the blockchain. NFTs are traded using cryptocurrency, which were envisioned as a way to liberate people from the banking establishment. The utopic (and potentially naive) vision of cryptocurrency is actively being perverted by establishment entities, like Ubisoft, that are seeing it as a way to make even more money than they already do. 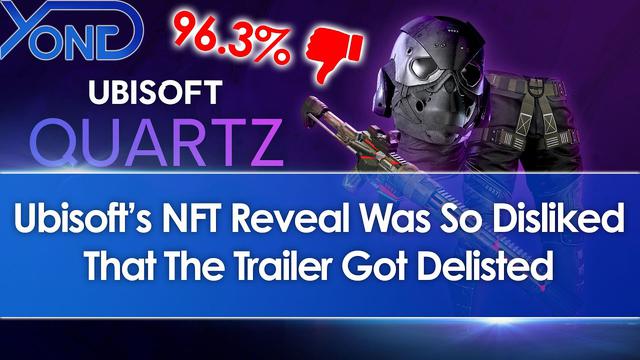 Ubisoft isn't doing this for YOU as it so boldly claims in its Quartz teaser. Ubisoft envisions a world where it's removed from the discussion of a digital horse armor DLC being sold for tens of thousands of dollars — manufactured scarcity will set the value, and players on modest incomes stand to miss out.

Ubisoft's foray into NFTs is hardly surprising. It noted it was interested in it at a recent financial earnings call, alongside other mega publishers like EA. Many publishers have fallen afoul over taking microtransactions too far, with EA's Battlefront II pay-to-win controversy as an obvious example, but this whole NFT thing could potentially obfuscate similar criticisms in the future — supply and demand become an easy scapegoat if people forget that Ubisoft controls the supply.