Gaming takes a whole other meaning inside the doors of the Innovation Lab (iLab) at Naval Surface Warfare Center Dahlgren Division (NSWCDD). Instead of online gaming, leadership from across the installation participated in a wargaming event, Nov. 18.

One of these wargames - Simulated Practice Integrating New Technologies (SPRINT) - is a game which allows users to defend their ships using an array of weapons systems.

“Our mission is to bring the power of the game world to the real world,” said Russ Phelps, the founder and president of MetaTeq, the developer of the SPRINT game. “We develop commercial games and take know-how, innovation and creativity, and move it into an environment which meaningfully illustrates what is important to the [Department of Defense].” 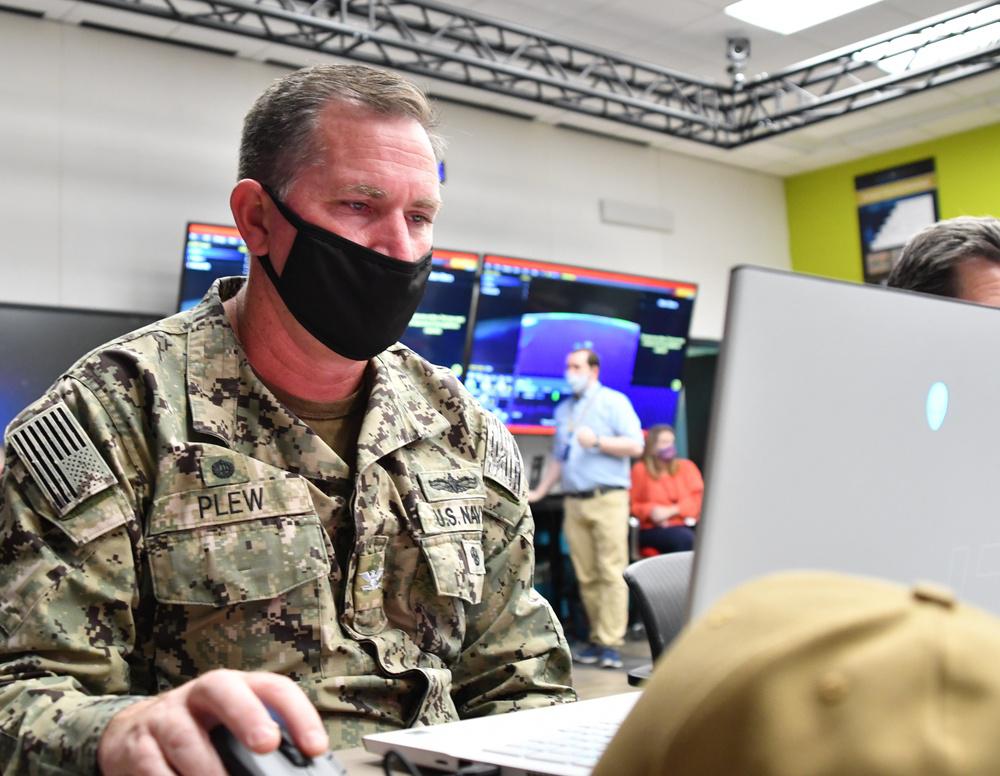 The Navy asked MetaTeq to build a game to help Sailors in the fleet better understand the physics, phenomenology and tactics to better employ an electronic warfare system. That led to the company developing Strike Group Defender.

“We wanted to focus on people first and systems second,” explained Phelps. “We’re emulating a world with an accurate representation of decision making. What it really is, is a highly iterative and economical way to develop wargaming, rapid prototyping and many of the other features of this.”

The company started developing games in 2013. Since then, MetaTeq has created award winning games. The International Serious Games Showcase awarded “Game of the Year” to Strike Group Defender in 2014 and Chain of Command: Capture the Sea in 2019. Another game based on the same Joint Cognitive Operational Research Environment (JCORE) framework, Explore: Tower Defense, is a finalist for this year’s challenge.

“The teams worked together to select upgraded sensors, communications and weapons to get the right balance to beat all attackers and even to take out the enemy’s ship and air launch platforms,” explained Jeanne Campbell, executive assistant for Dr. George Foster, the Navy’s Distinguished Engineer for Combat Control.

SPRINT allows each player to experience three different scenarios to defeat the enemy combatant. The first is to defend their fleet with baseline systems and weapons. The second encourages players to customize their ship’s loadout within a specific budget. The final scenario gives users a much larger budget to build their weapons system.

The team led by Jennifer Clift, NSWCDD’s chief technology officer, won the first scenario, while NSWCDD Deputy Technical Director Darren Barnes’s team won the final two in the iLab. The iLab empowers innovators to test ideas and solve naval warfare challenges; the pairing of the iLab with the JCORE-based wargaming is a natural fit.

Tags： how to play electronic naval battle game
Latest： Conservative Conversation + Podcasts ‘If I Can Find You, I Can Target You’
Next： War games must yield honest results, or we risk wartime mistakes
Popular Articles/span>