Bryan Fox, Deputy Division Manager for Maritime Electronics Warfare (EW) Systems Division, received the award for 38 years of dedicated efforts in developing EW capabilities for the U.S. Navy. In particular, he was recognized for his leadership to support the installation of the AN/SLQ-32(V)6, which is a system that provides significant EW support to the fleet.

The citation reads, “while [Fox has] served in a variety of senior leadership roles in both the Civil Service and the U.S. Navy, [his efforts] have ensured that the U.S. Navy has the best EW capability in the world…The successful implementation of the AN/SLQ-32(V)6 into the U.S. Navy is providing game changing EW capability for the U.S. Navy. [His] work was critical in this success.”

Fox says he is humbled by this recognition.

“After my 22 years in the Navy, it was a logical and easy decision for me to come to NSWC Crane. I could continue my love and passion working Electronic Warfare for our Navy and its Sailors,” says Fox. “Every day that I drive to work or down my road after work I feel like a new employee. I love it; it’s an honor to work here and I am absolutely humbled by this award. The Maritime EW (MEW) team supports our Navy and our Sailors 24/7/365 and our people understand the urgency and importance and what we do for our Navy!”

MEW provides full life cycle support for Spectrum EW activities of Electronic Attack, Electronic Support, and Countermeasures for the US Navy’s Fleet. The group’s mission is to ensure the Navy wields the most lethal spectrum capabilities in contested environments around the globe. This is accomplished by controlling the Spectrum with cutting-edge technology and real-time solutions in support of the warfighter to counter current and future threats.

Fox explains that the previous versions of EW systems were used for decades and that the (V)6 version is a new system.

“Previous systems have been on ships since the late 70s,” says Fox. “The V6 is a completely new and incredible system. It has new capability to take on new threats. This EW system is part of the AEGIS and SSDS Combat System decision process. It’s a game changer! ” 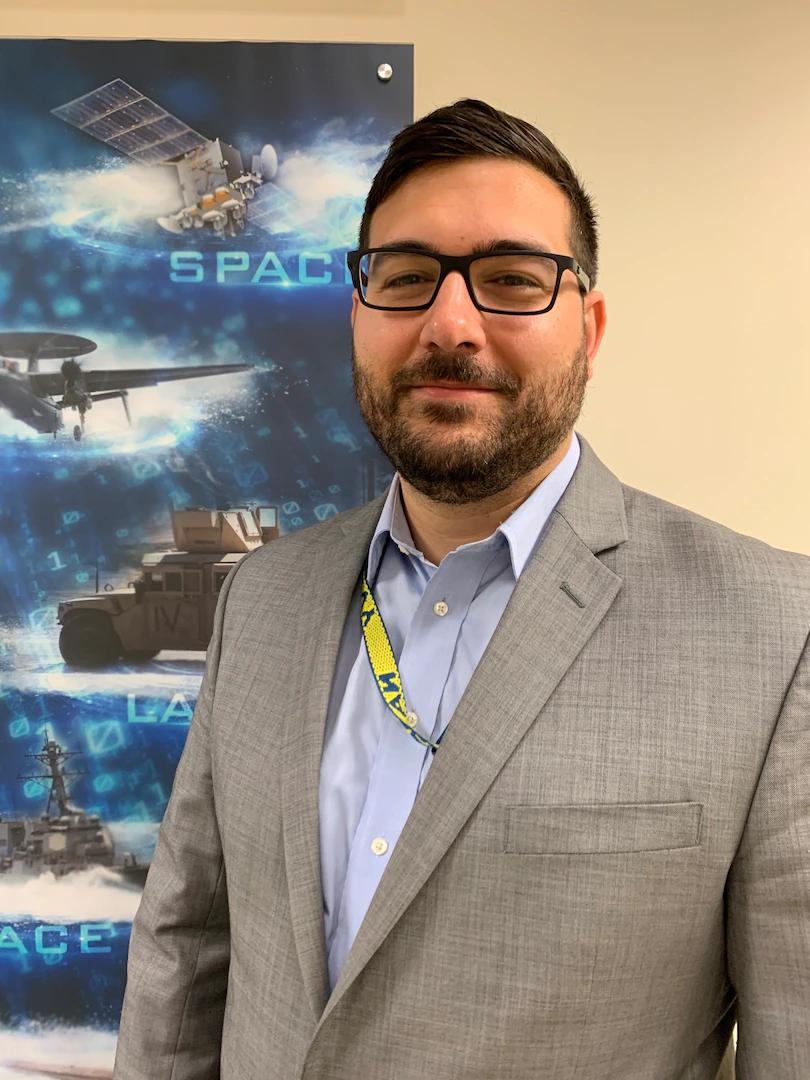 The citation continues, “[Fox] led and coordinated the integrated product support efforts for the AN/SLQ-32(V)6, acting as the single point of contact with both the fleet and the sponsor on system issues and workload execution. Additionally, [Fox] led the distance support, technical assists, engineering support, product support, and sustainment efforts critical to the Fleet.”

When Fox was a sailor in the Navy, he worked on EW systems onboard ships. He began his career in the Navy as an EW Operator.

“I started out as a wrench-turner on the old system. As the In-Service Engineering Agent for the newly installed system, there were many people involved…logisticians and engineers…new systems come with new challenges and it shows the adaptability and flexibility of our people.”

In his current role at Crane, he is responsible for leadership in development, introduction, and support for advanced EW capability for the fleet. Fox says the NSWC Crane team is dedicated to the mission year-round.

“Everyone understands the ‘so what’ factor,” says Fox. “We have people providing global fleet, software, and installation support. This capability is needed out there and we have a global footprint to keep up with the pace; it’s a huge team effort. ”

During his time in the Navy Fox has received the Meritorious Service Medal, four Navy Commendation Medals, three Navy and Marine Corps Achievement Medals, a Joint Meritorious Unit Award, and several other honors and achievements.

He says this award is a team effort.

“The award means everything to me. It’s an appreciation for the effort, not just me. I look back from October ’83 to now …the United States Navy and NSWC Crane has been an awesome place to work. I am most humbled and grateful. It’s been an incredible ride – in uniform and out.”

Join Our Team! NAVSEA employs a diverse, highly trained, educated, and skilled workforce - from students and entry level employees to experienced professionals and individuals with disabilities. We support today's sophisticated Navy and Marine Corps ships, aircraft, weapon systems and computer systems. We are continuously looking for engineers, scientists, IT and cyber specialists, as well as trade and other support professionals to ensure the U.S. Navy can protect and defend America. Please contact NSWC Crane Human Resources at crane_recruiting@navy.mil.