The game of Monopoly, a legendary cash cow for Hasbro, has remained relevant and compelling for more than 100 years by evolving with the times.

Since the first game became a hit in 1903, the company has released specialty editions including Pokemon Edition, Mega Monopoly, Electronic Banking, Star Wars, the Simpson, and Monopoly Millionaire.

With so much success and so many versions, where could the company possibly go next?

A years-old customer insight was the clue. Realizing that more than 50% of players cheat while playing, the creative wizards at Hasbro locked their sights on a bold idea: a Cheater’s Edition of the legendary game.

Set to launch this summer, players will enjoy an irresistible experience.

More:Play to your strengths to be a superhero at work

More:Are these 7 deadly workplace sins robbing you of your creativity?

Game designers studied the 15 most popular cheats, such as moving the wrong number of spots on a dice roll, robbing money from the bank, and stealing another player’s hotel. 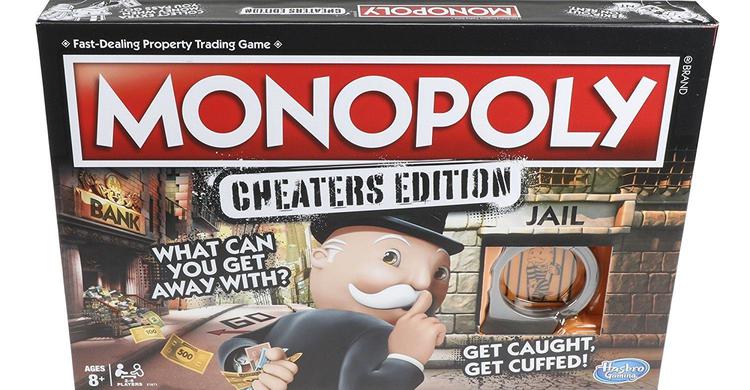 The game takes on a whole new dimension, as participants not only tackle traditional challenges but also try to sneak a deviant move by fellow players without apprehension.

Two years of creative design has helped launch a game that’s poised to be more fun, faster and sure to generate uncontrollable laughter.

While most of us aren’t lucky enough to work in the Hasbro game design lab, we can apply a similar approach to our own business efforts.

These critical questions can be applied to any industry, field, or craft.If we remove the traditional barriers that restrict our thinking, we liberate progress.

The new Cheater’s Edition will undoubtedly be raging success, further endearing millions of fans to the Monopoly brand.

Instead of resting on their laurels, the company continues to reinvent itself, pushing the creative boundaries and delivering relevant and compelling value to their customers.

Let’s follow their lead by reimagining the products, services, and experiences we offer, wandering into unfamiliar territory to enable sustainable success.

And you don’t even have to pull a fast one to get there.