The most recent suit, filed Feb. 7 in the US District Court for the Eastern District of Tenn., alleges that on Feb. 6, 2021 the plaintiff, Christapher Decent, was stomped by Capt. Patel while cuffed and lying face-down on the ground.

After stopping his vehicle, Decent exited and told officers that he was not going to run. He was ordered to lie face-down and he complied. MPD then handcuffed Decent.

“After Decent had been arrested in this manner, had been handcuffed, and was lying on the ground peacefully — i.e., not giving the police any more trouble — Defendant Patel stomped on his face and jaw, and then ground his face into the gravel,” the lawsuit reads, alleging that Patel deprived Decent of his 14th amendment rights.

The suit asks for $50,000 in nominal/compensatory damages, punitive damages to be determined by the courts plus attorney fees and any further relief of the court.

On that same day, Feb. 6, 2021, another chase, this one involving a minor, has resulted in a suit against Pence that also names Police Chief Mark Yother. The complaint was brought by plaintiff Roman Teague White, who at the time of his arrest was 17.

According to the suit filed in October 2021, White was involved in a pursuit by Tennessee Highway Patrol, aided by Manchester Police. The incident took place on Feb. 7, 2021.

After crashing, White was placed under arrest and handcuffed. 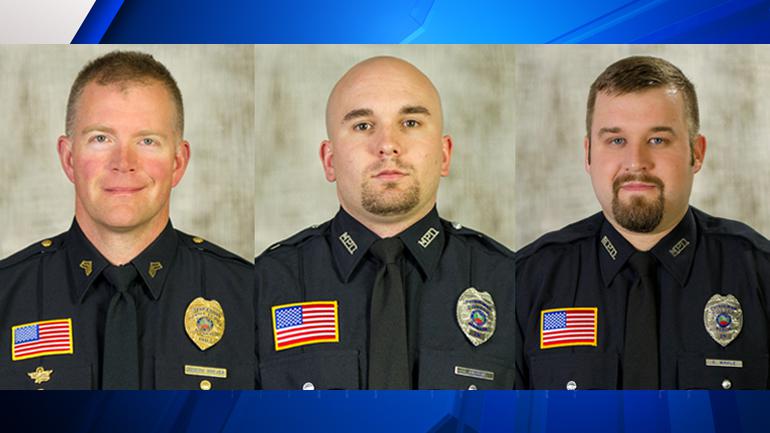 According to the suit, while being escorted to a patrol car, Pence arrived after the crash and pulled his car close to the plaintiff.

Pence is said to have approached White, said to him “my job is to f*** you up,” and then punched White with two fists in the upper chest, knocking the plaintiff onto the patrol car, causing injuries to the then-17-year-old’s head, neck, collarbone and wrists.

The suit says that Pence then picked up White and slammed him on the hood of the vehicle.

The suit says that other officers then intervened.

The suit names Yother in his action as final decision maker for the department.

The suit said that Yother has the duty to properly train his officers on the constitutional use of force.

“The need to train officers concerning the constitutional limitations on the use of deadly force is so obvious that the intentional failure to do so by (Yother) … establishes a deliberate indifference to the constitutional rights specifically of (White) as well as the citizens of Tennessee,” the suit reads.

The suit further states that Yother did not discipline Pence in any significant manner and accuses Yother of having actual knowledge of a “clear and persistent pattern of illegal activity” by Pence.

The suit asks for compensation of $700,000 and punitive damages of $1 million.

The city has filed a response to the White suit, saying that the plaintiff lacks the information to make most of the claims in the suit and adds that White was involved in an armed carjacking and evaded arrest. The response acknowledges that Pence pushed White to the ground but denies further allegations in the suit.

The response says that “the force used by Mr. Pence was de minimis and did not cross the constitutional threshold into excessive force.”

Both sides have requested a jury hearing in this case.

Chief Yother and Manchester Mayor Marilyn Howard have been asked for comments concerning Patel’s separation from MPD and about the department’s policy on use of force. Howard declined to comment on the situation because of pending litigation. She said that she feels that MPD does “plenty of training.”