Is there anything worse in a game of Monopoly than thinking you’ve bankrupted another player only to discover they have a secret stash of cash hidden away? That’s no longer an option with the new Monopoly Ultimate Banking edition that uses a tiny ATM to keep track of every last financial transaction.It’s not the first time that Hasbro Gaming has tried to speed up the game of Monopoly by replacing cash with credit cards and an electronic banking unit. But ironically the company’s past efforts actually slowed the game down because players had to manually type in dollar amounts on an awkward keypad. 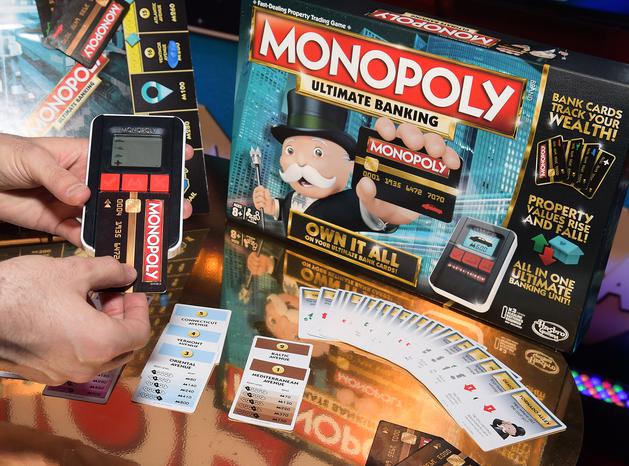 But the compact banking unit in the Monopoly Ultimate Banking edition is able to quickly scan not only each player’s credit card, but all of the individual property and chance cards in the game which now include special bar codes on them.

If a player wants to buy a property they have landed on, they just need to scan their credit card and then the property card, and the price will be automatically deducted from their available funds. It works the same way if another player lands on a property with a house or hotel on it. By scanning both credit cards and the property card, funds can be quickly transferred between players to pay the rent.

The latest version of the game, which will be available in autumn for $US25 ($35), also mixes things up with new chance cards called Life events that can cause rents across the board to fluctuate, or other sudden financial changes that are really only easy to implement thanks to the game’s much-improved electronic ultimate banking unit.