As you play NIS America’s ego-driven game Monark, you will run into students who will give you a few quick psych tests when you talk to them.

These tests typically involve several multiple test answers, each providing different point amounts for a certain personality trait. Typically, one of those answers will provide the highest number points so you’ll definitely want to pick that in order to build that trait faster. Taking these quizzes will also help you unlock the Test-Taking Titan trophy.

Here is a rundown of the various psych quiz questions by person and the points provided by each answer.

I have personally verified all the questions and answers for Tensei Matsushima’s test, which took a very, very, very long time. Tensei is the first quiz giver to appear in the game and initially shows up on the first floor before moving to a higher floor once you start clearing the mist in the game’s first building.

You’re currently at a theater watching a hit play. You turn around and look behind you. How many people are forced to stand in order to watch?

This question is a measure of your cruelty.

You’re at a concert when suddenly, you’re pulled up to the stage, handed an instrument and forced to perform. Lo and behold, you manage to play beautifully. What instrument were you given?

This question lets us know what career might suit you.

You’re walking along the beach when you find something at your feet. It appears someone dropped it. What did you find?

The answer to this question is indicative of someone you find unforgettable.

You’re an extremely capable businessman in a meeting with an important client. You happen to glance at someone at a rival company and notice the rather fashionable tie they’re wearing. What’s the design?

The design you chose indicates your level of self-assertion.

You’re at a revolving sushi bar when the dish you want gets taken by the person next to you.

This question determines what you are deeply attached to.

You’ve gone back to your childhood days and are playing with bubbles. You happen to make one that’s larger than normal and it goes flying up in the air. How far did it go?

Your answer to this question signifies your ability to accomplish your goals.

You or maybe just someone you know ends up running in an election. Right now, they’re getting a large group of supporters. Who is the one running?

I have not personally verified all of Miho Sonobe’s quizzes so this will be based on this Japanese Monark Strategy Wiki.

Let’s say you have a significant other. They want to wear an animal costume. What animal do you think they should be?

You end up on one of those scenic flight tours, seeing the sights of Mother Nature from up in a helicopter.

You end up going on an adventure to the undeveloped wilderness. Before you can set foot there, you are only allowed one piece of modern technology. What do you bring?

When you’re buying something, what do you base your decisions on?

You’re thinking about going on a holiday trip. Where do you decide to go?

When you go out for karaoke with friends, what type of songs do you sing? 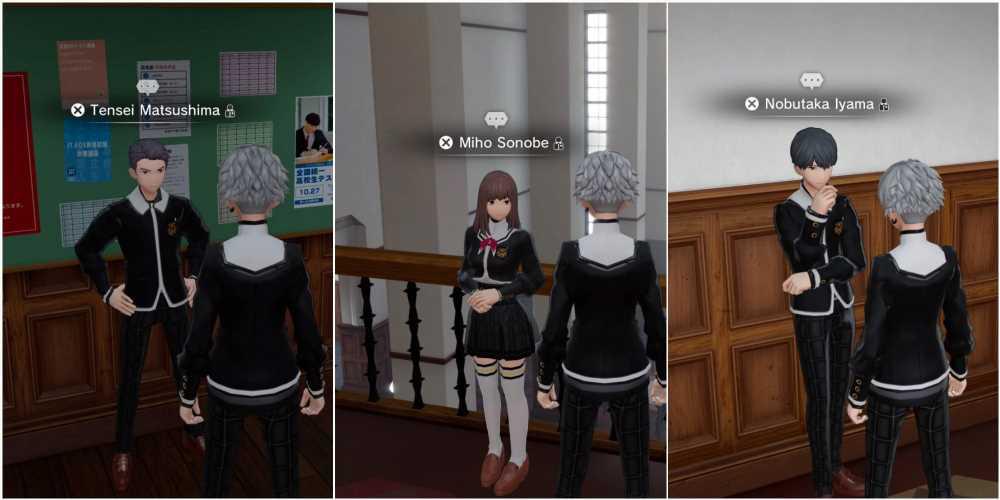 If you could pick the dream you have tonight, what would you want to be doing?

Picture a person who’s on your mind right now. If you got a chance to talk with them, one on one, which seat would you sit in?

You've eaten your fill of a delicious meal, together with your significant other. Just then, your absolute favorite dessert arrives. What do you do?

Your significant other suggests going on a trip over a considerably long holiday. What kind of plan would you propose?

The electricity goes out in your room without warning. What do you do?

Your significant other is on the other side of a lofty mountain. How do you make your way to them?

You mess up an assigned task at your part-time job. How would you prefer to be reprimanded?

A police officer on a bike is rushing toward your direction. What do you think happened?

You’re staying at a hotel with a spectacular view. Which room do you choose to stay in?

You're walking through a dream world with no one else in sight. Suddenly, a young girl holding a stuffed animal appears before your very eyes. What animal is she holding?

You're looking at a photo from the time you went to an amusement park. Coincidentally, someone else is in that photo too. Who is it?

You’re looking at a photo from the time you went to an amusement park. Coincidentally, someone else is in that photo too. Who is it?

You’re browsing the internet when, suddenly, someone’s body parts show up on your screen. What was it that you saw?

You bump into a young boy holding a 100 yen coin at a festival. He was having trouble deciding how to use it, but has finally made up his mind. What does he spend it on?

You’re currently on the phone. What is your free hand doing?

You go into a cafe by yourself. Where do you sit?

When meeting someone for the first time, what do you look at first?

You go to the zoo. There, you are allowed to feed one animal of your choice. Which animal do you decide to feed?

You’re walking down the street when you come across someone collapsed upon the ground. You're the only one around. What do you do?

If you were to put a tail on the bird in the picture, which tail would you choose?

As you’re walking, the road splits into five forks. How do you choose which path to take?

Which of these unintentional habits do you experience most frequently?

A cat and mouse meet in a sudden encounter. What do you think happens to the mouse?

If you had a rocket ship all to yourself, what would you do with it?

Jason Hidalgo covers business and technology for the Reno Gazette Journal, and also reviews the latest video games. Follow him on Twitter @jasonhidalgo. Like this content? Support local journalism with an RGJ digital subscription.

Tags： where to buy 20 questions electronic game
Latest： Should Vanguard SmallCap ETF (VB) Be on Your Investing Radar?
Next： How NFTs are creating a generational divide between platforms
Popular Articles/span>