Growing up, Mia Ginaé Watkins ’16 was surrounded by games, always with her Nintendo DS or Gameboy in hand. She recognized from a young age that gaming was a passion she could never push aside.

Although she loved it, Watkins never considered a career in gaming because the field didn’t include many women, especially Black women.

Watkins, a Cinema and Television Arts major at Elon, now serves as Creative Operations at Riot Games and was recently included on She Plays Games’ top 100 inspiring women in the video game industry of 2022.

At Elon, Watkins was involved in the Center for Race, Ethnicity and Diversity Education (CREDE) as a first-year and sophomore, which allowed her to get connected with various cultures on campus. Watkins said she learned that she had to “speak from my perspective and explore the film world through that same perspective.”

Watkins’ friends quickly learned that she spent more time in the McEwen editing suites than any other place on campus. She looked up to many filmmakers and cinematographers for ideas but developed her own style of trippy, colorful edits.

“As for trippy, I edit fast-paced, ‘to the music’ with effects and overlays,” Watkins said. “There were few people doing videos in that style. I was throwing stuff at the wall and hoping it stuck.”

Watkins remains grateful for the countless School of Communications professors who helped her to succeed at Elon, including Anthony Hatcher, Nicole Triche, Youssef Osman, Naeemah Clark and Bryan Baker.

“They really helped and pushed me to my craft and helped me stand on my own, as well,” Watkins said. “I am very grateful that they were a part of my community.”

Bryan Baker, director of technology, operations and multimedia projects for the School of Communications, witnessed Watkins’ talents during her four years on campus and always admired of her work ethic. 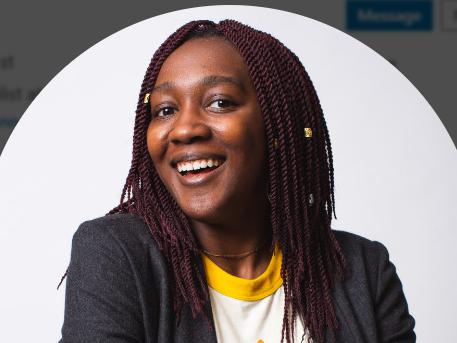 “While at Elon, Mia’s curiosity, creativity and passion were as impressive as any student that I have seen,” Baker said. “Mia’s leadership skills and pleasant demeanor lead to her being chosen to lead production trips in Hong Kong, Washington, D.C. and Nashville.”

Watkins took a chance and applied for an internship in 2016 at PlayStation, which she described as an “absolute perfect wrench in her plans.” The internship allowed her to switch her focus from film to video games.

Watkins worked to grow the Black@PlayStation employee network group during her five years at PlayStation. Her goal with DEI work is to bring more Black and brown kids into gaming.

“I want to expose anyone I can to opportunities because that wasn’t my journey growing up,” Watkins said. “I want to make it as accessible as possible.”

In 2020, Watkins was on the “She Plays Games” podcast hosted by Lauren Kaye to discuss her involvement in the video gaming community and how she was able to succeed.

Two years after the initial podcast feature, Watkins learned she was named in the #SPG Top 100 2022 list of the video game industry’s most inspiring women, a group that’s recognized every year for Women’s History Month.

Watkins didn’t even know that she was nominated for the honor but is incredibly grateful that the award allowed her to reflect on her work.

Watkins recently started a new chapter in her professional journey as she transitioned from a Communications Specialist at PlayStation Games to Creative Operations at Riot Games.

She was able to follow her lifelong passion for video games and turn it into a successful career, and she urges current students to pursue careers that align with their passions.

“We have to dismantle the idea that your dream, achieving wherever you want your future to be, is too far out of reach,” Watkins said. “Learn as much as you can about the professional world while you’re still a student. Take that initiative to step forward, apply for the student opportunities and trust your instincts!”