Not so long ago, Mets reliever Jerry Blevins held forth regarding his top-10 baseball movies. Not among those 10? "Field of Dreams," the omission of which raised hackles all around the internet.

Blevins, meantime, felt moved to defend his distaste for the widely beloved Kevin Costner vehicle, and defend it he did in the electronic pages of SI.com.

Here's an excerpt that gets Mr. Blevins' general point across ... 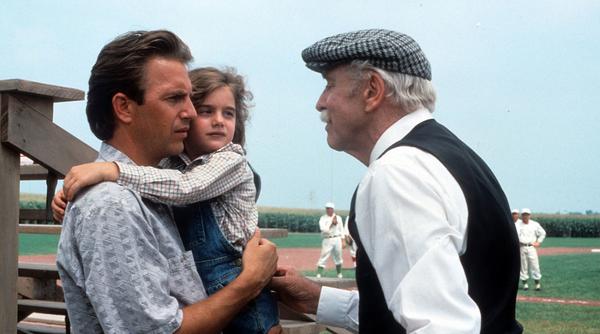 Well, I don't think the movie does a good enough job to call it a father/son movie. I never really care all that much about their relationship. My favorite part of the movie is Moonlight Graham and he gives up his dream to save Ray's daughter from choking. That's true heartbreak for me. I thought this was a reconciliation movie!? Let Moonlight play! Oh, and the big climax of the movie is when Ray got to play catch with his dad. That part is even ruined for me because Ray says, "Have a catch." Maybe it's my midwestern roots, but I've never said anything but "play catch." Nobody says "have a catch" unless they are mocking Field of Dreams.

I'll sign this petition. I'm an inveterate movie snob, and I freely admit that I'm no fun when it comes to consuming mainline movies that are supposed to be good and enjoyable. It's an affliction. You do not cure it. Rather, you treat the symptoms with an off-label dose of Truffaut.

Speaking of all that, I don't like "Field of Dreams" at all. It's schlock. Like Mr. Blevins, I am ushered to nausea by the phrase "have a catch." Also like Mr. Blevins, I'm thoroughly unmoved by the putative emotional summit of "Field of Dreams" and the orchestra swells thereof. I also detest the rank simple-mindedness of the "reminds us of all that once was good, and that could be again" monologue, which causes my eyes to roll out of their sockets like a pull-side grounder.

Baseball movies I like? It's a short list. "The Life and Times of Hank Greenberg" probably tops it. "Sugar" is on there. "The Battered Bastards of Baseball" was enjoyable. That's ... probably it.

Viva la Jerry Blevins, at least on the subject of "Field of Dreams," is what I'm saying.