CHICAGO/BRUSSELS (Reuters) - Having missed out on the hottest new alcohol trend in the United States, Anheuser-Busch InBev ABI.BR reckons it can still overhaul rivals by ramping up innovation, marketing and harnessing its top brand, Bud Light.

But AB InBev is growing fast since launching Bud Light Seltzer at the start of the year, and the world’s largest brewer believes it can become U.S. market leader over time, by growing at twice the industry average.

“The winners are not necessarily those that get there first, but the winners are the ones that manage to scale up their initiatives better and bigger,” U.S. chief marketing officer Marcel Marcondes told Reuters in an interview.

He drew a parallel with light beers, which first appeared around 1970. Anheuser-Busch only launched Bud Light in 1982, but with three other brands and big marketing muscle, it now has more than 60% of the U.S. light beer market.

“That’s how we plan to play the game here as well. We were not the first, but we expect to be the largest,” Marcondes said, adding this would probably take more than a couple of years.

The United States is the company’s largest market and consumers have been steadily shifting away from Bud Light and stable-mate Budweiser.

AB InBev has seen its overall share of the U.S. market, once some 50%, shrink to 42% last year, according to Euromonitor International. In value terms that was 35%.

Its lagers have lost out to craft beers, whose popularity started surging about a decade ago. Late to the party there too, AB InBev subsequently bought 20 craft brands and says it is now the biggest single player in a fragmented category.

The seltzer market took off in 2016 and sales in stores have roughly doubled each year, even accelerating during the COVID-19 pandemic, according to Nielsen data.

AB InBev entered the category in late 2016 by buying SpikedSeltzer, the original hard seltzer dating from 2013. But it was overwhelmed by rivals offering more variety in flavours and packaging, with sleek cross-gender marketing.

This time will be different, AB InBev believes.

Jake Kirsch, vice president of innovation at the company’s U.S. arm, said it had shed a risk averse approach under which it could take 18-24 months to launch new products. 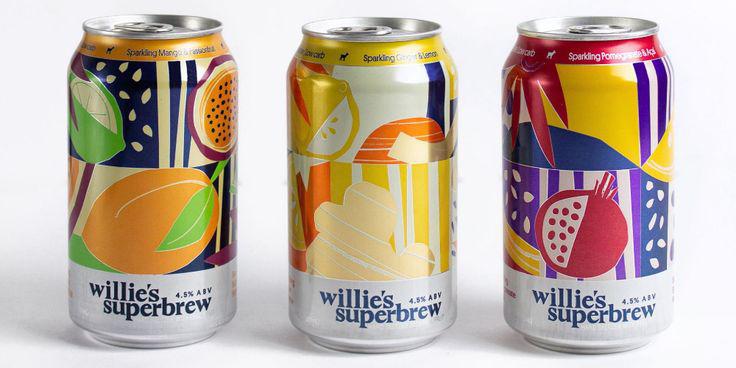 And January will bring a seltzer version of AB InBev’s Michelob Ultra, the No. 2 U.S. light beer brand in dollar terms, according to research firm IRI.

Marcondes said there had been a “meaningful” increase in digital marketing, with sponsorships of e-gaming and music, and vouchers for people to try drinks for free.

The company is also spending $150 million to expand its brewery in Cartersville, Georgia. Rival seltzer makers have suffered from capacity constraints and a shortage of cans.

The signs are promising.

AB InBev has grown its U.S seltzer market share to 14% from 9% in 2019 and, with the help of Bud Light Seltzer, increased its overall U.S. market share over the summer for the first time since the end of 2012.

Like craft beer, seltzer is not just about volumes, but also margins, as its higher production costs are more than offset by the premium that wealthier young consumers are willing to pay.

But it is a crowded space. The number of brands has leapt from 10 at the start of 2018 to more than 100 now, with White Claw still claiming about half the market.

At a Jewel-Osco supermarket in Chicago, 34-year-old liquor aisle manager Chad said the only thing holding back White Claw sales was its ability to secure and fill cans.

White Claw did not respond to requests for comment for this story.

Don Lane, vice president of marketing at Truly, which has about a quarter of the U.S. seltzer market, acknowledged the challenge posed by AB InBev.

“However, we are going to stay consistent and play our own game and not try to mimic what they do,” he told Reuters, adding Truly planned next year to launch hard ice tea and a higher alcohol seltzer.

Trevor Stirling, beverage analyst at Bernstein Research who has written extensively about the seltzer boom, sees AB InBev as more of a strong number two or three in the market, with Michelob Ultra perhaps boosting its share to around 30%.

Much could come down to luck.

White Claw profited when comedian Trevor Wallace posted his parody of a White Claw drinker on YouTube in June 2019, with the catch-phrase: “Ain’t no laws when you’re drinkin’ Claws.”

That created a buzz on social media, and for some a wish to test it.

“I’m always down to try something new, especially if it’s a product I already enjoy,” Erin Tolbert, 23, a digital marketer in Dallas, Texas, said in response to a Reuters message.