Introducing speedrunning, the fast-paced art of breezing through games Pokémon Nuzlocke Challenge: When adult players create their own game rules

Have you ever done something so much that you know it like the back of your hand? Something so familiar that you could even do it blindfolded? Well, what about doing it fast? In the depths of the internet lives a community which thrives on doing things quickly—more specifically, video games. Welcome to the world of speedrunning. Simply put, it’s when you beat a game really, really fast. But there is so much more to it than what meets the eye. If you take the time to dive under the surface, that is. So join me as I peek under the hood of this internet phenomenon. 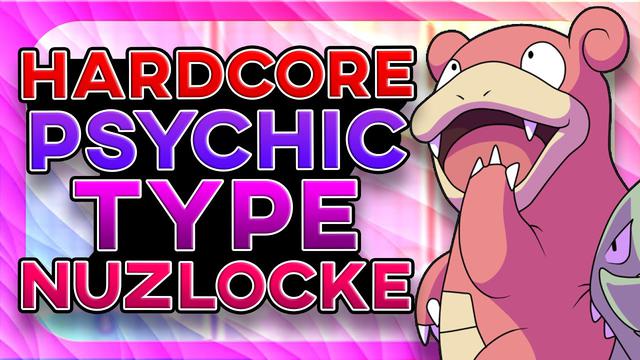 Speedrunning is the art of beating a video game as fast as possible. Sounds pretty simple, right? At first glance, yes, but much like an iceberg, there’s more beneath the surface. Normally, beating a video game means you’ll have to complete the game’s story until the very end, following the rules set in place by the code that created it. In speedrunning, these rules get scrunched up and tossed out the window.

Over countless hours—years even—players have uncovered ways to bypass the normal rules of the game (a feat known as glitching) and skip entire sections of video games. A popular example of this is the Weathertenko—a glitch in the Nintendo 64 game Mario Kart 64 which, when performed on the Choco Mountain racecourse, will let you complete a lap in a matter of seconds. This trick was completed by speedrunner Beck Abney back in 2017. On his 26,461 attempt, Abney pulled it off not once, but three times, completing the race in a dizzying 16.38 seconds with 27,000 followers witnessing his feat on Twitch. It’s this type of effort and perseverance that makes speedrunning so popular with its participants and fans alike.

Back to the future: the origins of speedrunning

So where did it all begin? You’d be forgiven for thinking that speedrunning was a modern thing. Way back in the 1980s, speedruns could only really be done with an in-game timer, such as Metroid II: Return of Samus, Super Mario Kart and Dragster. Both Nintendo and Activision would ask players to take pictures of their quickest times and feature some of them in their respective magazines. Since these speedruns were recorded through photographs, there were no real means of community verification and often records would stand for months before they became widely known.

Let’s fast forward to the 90s, specifically to 1993 and the release of Doom. The action-horror game was a huge hit amongst PC players, but more importantly, the game included a feature which let you record and playback game-play using files called ‘Demos’. Naturally, players began using this feature to record speedruns of the game and, due to the lightweight nature of the Demo files, they would post them on internet bulletin board systems. A year later, a University of Waterloo student named Christina Norman went on to create a File Transfer Protocol server which was dedicated to compiling Demos and was affectionately named the LMP Hall of Fame (after the .lmp file extension used by the Doom Demos). In November of 1994, the Doom speedrunning community was born, with Simon Widlake creating COMPET-N, an online leaderboard ranking the completion times of Doom’s single-player campaign.

And the rest, as they say, is history. From there, as the internet expanded and more and more games were released, people found new games to speedrun, new ways to speedrun them and document their success (and failures too)—with the most recent way being streaming their runs on Twitch and posting on speedrun.com.

A game of popularity

Speedrunning is one of those things that doesn’t really sound that appealing to do, but is insanely fun to watch—kind of like bingeing pimple popping videos. Speedrunners will take a game, usually one they love, and analyse it down to the very last pixel and line of code before even attempting a run. This can take months, even years of research and the patience and practice required here is astronomical.

But lucky for us viewers, all we have to do is sit down and tune into the run as it’s happening. It’s the range of categories that you can choose for a speedrun that entices a majority of viewers. From a simple ‘Any%run’, where a speedrunner completes a game as fast as they can, to the more bizarre, such as the ‘Nipple%’—a challenge in Super Mario Odyssey where the player must reveal the beloved italian plumber’s nipples as fast as possible by earning enough in-game currency to purchase a pair of swimming trunks. If that doesn’t convince you to start watching speedruns, then I don’t know what will.

Top 3 speedruns of all time

Now that you’re all caught up on what a speedrun is, their origins and why they are so beloved, let’s take a look at some of the most iconic speedruns of all time:

Leveraging a whole host of insane glitches that essentially allow you to write and run the game’s code through your in-game actions, gamer Zudu blasts through Ocarina of Time in 7 minutes and 48 seconds. To the untrained eye, the entire run looks like a complete mishmash of random moves, but each one is perfectly executed and precisely calculated to achieve the desired result.

Dark Souls is known for being brutally punishing, but for speedrunner Catalyst it’s a walk in the park. By utilising some insane sequence breaks—glitches that let you skip areas and acquire key items way earlier than normal—and the move swap glitch which essentially doubles the attack power of weapons when used correctly, he blasts through the game in not only just over and hour, but defeats every single boss along the way too. Mind boggling, to say the least.

With its sarcastic narrator and physics-bending puzzles, Portal is no stranger to ridiculous speed runs. But speedrunner Shizzal absolutely knocks it out of the park with their attempt. By using a series of edgeglitches which force the camera to detach from the player, Shizzal is able to shoot portals on the opposite side from where they are initially positioned. This funky little trick allows for some ridiculous Chamber skips, is insanely quick and also shows off Shizzal’s impeccable map knowledge.

So after watching all of these videos, what do you think? Fancy tackling a speedrun yourself? If you don’t have the patience or tenacity then don’t worry, I don’t either. There are countless speedrunners on Twitch and YouTube for you to live vicariously through. But if you really can’t choose, then Games Done Quick should satisfy all your speedrunning needs. So the next time you sit down to play a game just remember: some have definitely beaten it way faster than you ever could.

Want to see how fast you can read our articles?

Heard versus Camille Vasquez, Depp’s lawyer: listen up TikTok, it’s not a catfight, it’s a courtroom

Introducing speedrunning, the fast-paced art of breezing through games

Meet dream hacking, the dystopian future of advertising where marketers hijack our sleep

Tags： how to play catch phrase electronic game
Latest： My HealtheVet: How To Micro-Manage Your VA Doctor From Your Sofa
Next： Poll: What’s the Best Def Leppard Album? – Vote Now
Popular Articles/span>