Inside Take-Two’s $12.7 Billion Plan To Buy Zynga In The Biggest Video Game Takeover Ever

In a tie-up of two massive but very different makers of video games, Take-Two Interactive TTWO agreed today to buy Zynga ZNGA in a cash-and-stock takeover worth $12.7 billion. It's the biggest acquisition of all time in the video game space. And it continues a string of major recent deals in the sector, as companies aim to capitalize on a pandemic-fueled surge in gaming and position themselves for the prospect of life in the metaverse.

Take-Two is best known for making big, lavish, immersive console franchises like "Grand Theft Auto," "Red Dead Redemption," "Bioshock" and "NBA 2K." Zynga, on the other hand, makes mobile games that are typically much smaller in scope but no less addictive, with "FarmVille" and "Words with Friends" ranking among its most successful titles.

Historically, console gaming and mobile gaming have been different realms. But as the larger gaming industry has matured in recent years, they've begun to merge, reflecting the same kind of consolidation that eventually occurs in so many nascent sectors. So far, it looks like the console kings will be the ones gobbling up the smartphone-focused competition. Last year, Take-Two rival Electronic Arts EA acquired Glu Mobile GLUU for $2.4 billion and Playdemic for $1.4 billion, snapping up a pair of mobile-gaming specialists.

Gaming is no longer as platform-focused as it used to be in the eras of Atari and the Nintendo 64. These days, more and more major titles are available across a wide range of platforms. You can play "Fortnite" and "Rocket League" on your iPhone. You can also play them on your Playstation 4. The dissolution of the old platform boundaries is one factor driving the desire for consolidation. 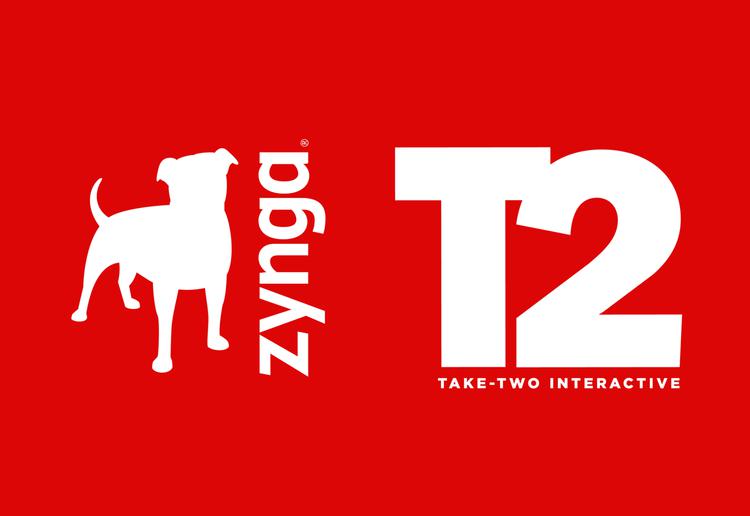 That dissolution is also leading to shifting business models in the industry. Historically, customers paid a flat rate for a copy of console games like "Grand Theft Auto" and could then play to their hearts' content. More recently, though, the idea of micropayments is creeping over from mobile games into blockbuster titles. A game might be less expensive or even free to play, but players face repeated prompts to make small, in-game purchases to give themselves an advantage, unlock special features or otherwise make the game more fun.

It's not totally dissimilar from the way the software business model has shifted over the past few decades. Instead of selling a disc in a box, software companies are much more likely to offer their products as a service, eschewing a larger initial purchase in exchange for steady monthly payments. It would come as little surprise if Take-Two continues to embrace a more Zynga-like model in the aftermath of today's acquisition.

The word "metaverse" doesn't appear at all in the press release announcing Take-Two's purchase. But any video game transaction that takes place these days does so against the backdrop of the corporate world's new obsession with bringing more and more of life and commerce into digital environments. Digital environments need digital graphics, and they need forms of digital fun to keep users engaged. You know who has decades of experience in digital environments and digital fun? The rise of more explicitly metaverse-friendly companies such as Roblox and Epic Games is the biggest proof of this trend. But this may be a case of a rising tide lifting all boats, as the expertise that underlies the gaming industry grows more and more valuable.

Take-Two will pay $9.86 in cash and stock for each share of Zynga, a 64% premium to the company's closing price on the Nasdaq NDAQ last Friday. Zynga's stock has plunged over the past several months, losing more than 40% of its value between last July and early January. To be fair, that plunge came after Zynga stock had soared during 2020, part of the broader uptick in video game stocks that accompanied the early months of the pandemic. But the recent slide gave back all of those gains. If Take-Two thinks Zynga's stock price six months ago was more representative of its value than its stock price six days ago, then this deal would represent a substantial discount.

Today, Zynga is the one being acquired. In recent months, though, it's also done plenty of acquiring of its own, paying $525 million for fellow mobile developer Beijing StarLark Technology and $250 million for Chartboost, a mobile advertising specialist. Overall, Zynga has made about three-dozen acquisitions dating back to its IPO year of 2011, per PitchBook.

Unless I'm missing something, the video game sector's largest acquisition before today came in 2016, when Tencent acquired a majority stake in Supercell, valuing the maker of the breakout mobile game "Clash of Clans" at $10.2 billion. Another massive move in the space came last year, when Microsoft MSFT paid $7.5 billion for ZeniMax Media, the owner of Bethesda Softworks, the studio behind the long-running "Fallout" and "Elder Scrolls" franchises.