In review: licensing and taxation of gambling activities in India

The Supreme Court of India in BR Enterprises v. State of UP16 has held that a lottery is a game of chance and is not a business or trade; rather, it is in the nature of res extra commercium. The Supreme Court also held, while interpreting Section 5 of the Lotteries Act 1998,17 that a state could not exclude other states from its own lottery. Either the state had to declare itself as a lottery-free zone or permit lotteries from other states. In a subsequent judgment, in All Kerala Online Lottery Dealers Associations v. State of Kerala,18 the court distinguished from the principle of the earlier judgment (the BR Enterprises case) and held that paper lotteries and online lotteries fell in different classes. Therefore, a state would be permitted to ban online lotteries and allow paper lotteries or vice versa, without violating the provisions of Section 5 of the Lotteries Act 1998.

Horse racing and betting on horse racing is permitted in licensed premises. Licenses have been issued to Indian turf clubs. In 2021, the turf clubs in Mumbai, Pune, Bangalore, Hyderabad and Kolkata were provided with approvals to conduct and operate 'online betting or wagering' on horse races within their states.

In News Television India Ltd v. Ashok Waghmare,19 the Bombay High court held that prize competitions do not include skill games, and even popular TV quiz shows like Kaun Banega Crorepati (a version of Who Wants to be a Millionaire?) are excluded from its ambit.

The Supreme Court had directed the Law Commission of India to consider whether betting on sports can be regulated in India. The Law Commission of India published a report titled 'Gambling and Sports Betting including Cricket in India'.20 The Commission made recommendations regarding the power of the legislature at the Centre, to regulate sports betting and gambling along with recommendations on the structure of the said proposed regulations while observing the advantages of the same and noting that said regulations would serve to regularise an existing, thriving and rampant unofficial industry.

The issue of games of skill for stakes, and whether they fall within the ambit of a state's gambling act, has not been adjudicated upon by the Supreme Court. In the absence of an express judgment of the Supreme Court, contrary opinions exist among the High Courts and legislatures of the states.

The Punjab and Haryana High Court, in Varun Gumber v. Union Territory of Chandigarh and Ors,21 held the fantasy game format offered by one of the fantasy game operators to be a 'game of skill'.

The High Court of Judicature at Bombay (Division Bench), in Gurdeep Singh Sachar v. Union of India and Ors,22 observed and held that the Online Fantasy game of the fantasy game operator does not involves 'betting', 'wagering' and 'gambling' activities respectively and that online fantasy is a 'game of skill'. The decision of the Bombay High Court was appealed, and the Supreme Court of India – see its order dated 6 March 2020 – stayed the applicability of the Bombay High Court judgment and issued notice to all the parties.

The Jaipur Bench of the High Court of Rajasthan in Ravindra Singh Chaudhary v. Union of India23 held that fantasy sports games offered online is not a part of wagering contract, since they depend on skill of participant and not merely on chance and thus, the business offered by the platforms operating online fantasy sports has protection under Article 19(1)(g) of the Constitution of India. It also observed that the fantasy sports offered online are not operating in total regulatory vacuum and are subject to self-regulation by the industry body known as the Federation of Indian Fantasy Sports (FIFS), and rules and regulations of the charter of FIFS ensure that the games run by its members are 'games of skill' and are not in the form of any gambling or betting.Tamil Nadu promulgated the Tamil Nadu Gaming (Amendment) Act, 2021, which banned gaming by means of, inter alia, cards and dice (such as rummy and poker) in the form of betting or wagering in cyberspace using communication devices such as computers or mobile phones or any other device and also prohibited 'electronic transfer of funds' for placing bets, distributing the winnings of games and any other prize money related to online games (including rummy and poker) in the State of Tamil Nadu. The said Act was, however, challenged before the Madras High Court in the case of Junglee Games India Private Limited and Another v. State of Tamil Nadu and Others.24 The Madras High Court, in its judgment dated 3 August 2021, struck down the said amendment, holding it to be ultra vires the Constitution of India Furthermore, the wording of the Amendment Act was held to be extremely arbitrary and unreasonable. Albeit the Madras High Court did not question the legislative competence of the state government of Tamil Nadu to enact laws in this area, the expansion of the field was held to be in complete disconnect to proportionality and reasonableness. It was reiterated that both rummy and poker are games of skill as they involve considerable memory, working out of percentages, the ability to follow the cards on the table and constantly adjust to the changing possibilities of the unseen cards. The Madras High Court also observed that competitions involving games of skill such as rummy and poker have to be regarded as business activities and would be protected under Article 19(1)(g) of the Constitution of India. A special leave petition, preferred by the state government of Tamil Nadu, is currently pending before the Supreme Court of India.25

In the case of Indian Poker Association & Anr v. State of West Bengal & Ors,29 the Calcutta High Court (Circuit Bench at Jalpaiguri) in its order dated 29 August 2019 observed and held that since the game of poker is not included within the gambling activities under the West Bengal Gambling and Prize Competitions Act 1957, the police cannot interfere with such games.

For prize competitions, states have formulated rules where the manner of procuring the licence has been laid down. Applications are to be made to the authorities designated by the states. 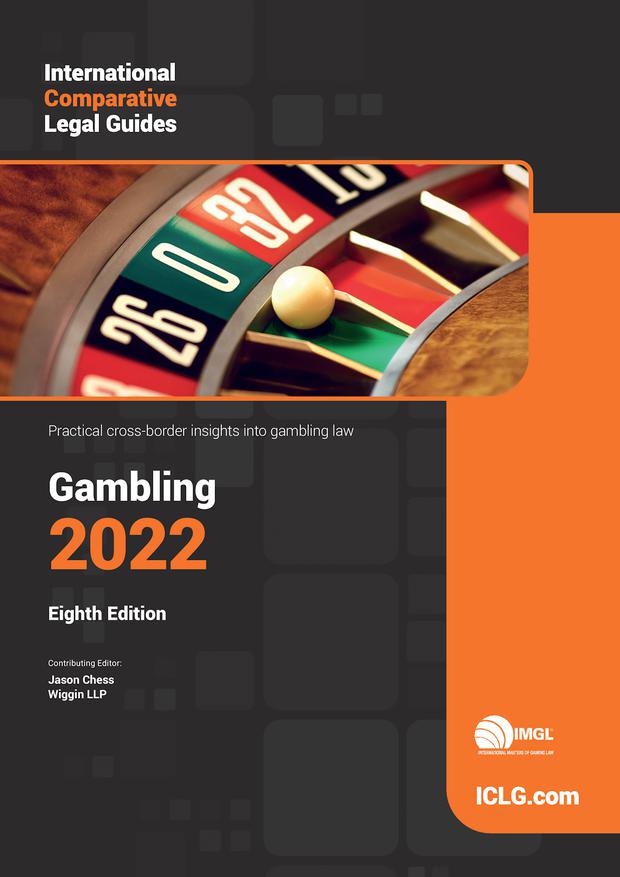 The licensing and regulator under the Sikkim Online Gaming Act 2008 is the officer designated by the Lotteries Department (government of Sikkim).

The regulator for casinos in Sikkim is the authorised officer, appointed by the Department of Tourism (government of Sikkim). However, in Goa, a gaming commissioner is to be appointed under Section 13C of the Goa Public Gambling (Amendment) Act 2012.

The regulator for the online games of skill under the Nagaland Act is the Finance Commissioner or any other authority designated and empowered on his or her behalf.

Lotteries are offered in a paper format as well as online, across states where lotteries are permitted. Paper lotteries are generally offered through lottery shops and stalls. Online lottery in India means digital lottery and does not mean that lottery entries can be sold over the internet.

The Prize Competition Act 1955 does not make a distinction between paper-based and online prize competitions. These competitions are generally conducted through dailies and posts.

Online sports betting offered through parlours on an intranet network is permitted in Sikkim.

The principal law that governs gaming is the Public Gambling Act 1867. This Act does not make a distinction between premises-based and online gaming. The states that have permitted casinos allow the offering of casino games only at the premises, whether they are on land or on ships or cruises.

Online games of skill can be offered across India under the Nagaland Act.

In casinos in Goa and Sikkim, again the entire gamut of payment mechanisms is available, subject to proper KYC verifications. However, for lotteries, banking and the online payment systems are not available. Tickets, whether paper or digital, are bought through payment of cash and a vendor's shop.

While cryptocurrencies are not banned in India, the Reserve Bank of India does not recognise them as legal tender. Therefore, cryptocurrency cannot be used as a form of currency for settling legal wagers.

Lotteries authorised by a state government attract a tax of 28 per cent on the face value of the ticket.39 In addition, as per Section 115BB of the Income Tax Act, winnings on lotteries in the hands of an individual are taxed at 30 per cent.

The GST council placed gambling and totalisator services provided by a racecourse as well as betting with licensed bookmakers in racecourses in the 28 per cent tax band. Further, the GST Council on 18 January 2018 provided clarification pertaining to GST on horse racing,40 which stated that GST would now be leviable on the entire bet value (i.e., total of face value of any or all bets paid into the totalisator or placed with licensed book makers, as the case may be).

In addition, all winnings of a player or individual are taxed under Section 194BB of the Income Tax Act at 30 per cent.

Under Section 194B of the Income Tax Act, all winnings from prize competitions, such as crossword puzzles, are taxed at 30 per cent.

iv Games of skill and games of chance

Under entry 34 of the Central Goods and Service Tax notification dated 28 June 2017, all services rendered pertaining to an entry into a casino would be chargeable with a GST of 28 per cent on the gross amount collected as admission charge or entry fee. In a subsequent circular dated 4 January 2018, it was clarified that the tax of 28 per cent would apply on entry to casinos as well as on betting and gambling services being provided by casinos on the transaction value of betting (i.e., the total bet value), in addition to GST levy on any other services being Circular No. 27/01/2018-GST provided by the casinos (such as services by way of supply of food and drinks, etc., at the casinos).

The aspect of GST on games of skill is still unclear. The Bombay High Court in its decision dated 30 April 2019 in the case of Gurdeep Singh Sachar v. Union of India and Ors,41 held that the acknowledgement amount (total amount staked) would qualify as an actionable claim, which is neither considered as supply of goods nor services under GST (Schedule III of the GST). This means Dream11 is correct in discharging GST at 18 per cent on the platform fee only.

Under Section 194B of the Income Tax Act, all winnings from card games and other games of any sort, betting and gambling are taxed at 30 per cent.

Tags： who wants to be a millionaire electronic game
Latest： Whatever Happened To The 12-Year-Old NFT Millionaire?
Next： gamerant.com Atlanta Season 3 Episode 9 Review
Popular Articles/span>