Since 1974, the Tigers and Jaguars have met annually on Thanksgiving weekend in New Orleans, Louisiana* for the Bayou Classic. The Bayou Classic is more than just a game; it encompasses an entire weekend, with fans from both schools traveling in droves to support their schools. The battle of the bands is an event of its own with Southern's band, The Human Jukebox, taking on Grambling State's Tiger Marching Band, filling the stadium with music.

*In 2005, the Bayou Classic was in Houston, Texas after Hurricane Katrina and in Apr. 2021 the game was in Shreveport, Louisiana after the COVID-19 pandemic.

However, there's more to this rivalry than wins and losses, with immense history throughout the series. Here are just a few notable historical events that have happened since the Bayou Classic's inception:

In his first Bayou Classic, Williams threw three interceptions. Nonetheless, the Tigers handled the Jaguars 21-0 to win the first edition of the classic. 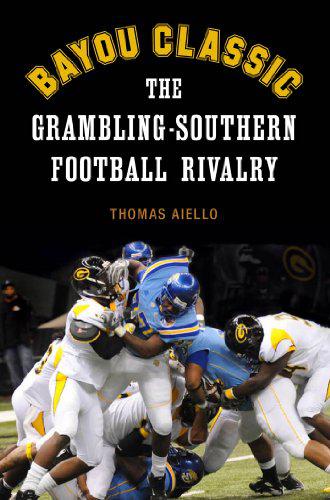 MORE: Everything that happened in the 2021 HBCU football season | 2021 Celebration Bowl | Final 2021 Rankings

The Jaguars got off to a rough start in the Bayou Classic series, losing the first five games. However, senior nose tackle Kenny "The Body Snatcher" Times would not be denied in his final attempt to win a rivalry game.

In a day that included a passionate halftime speech, Times had 10 tackles and two sacks, limiting Grambling State's offense to just seven points. Southern would win 14-7 to land its first win in the Bayou Classic. Times would be named MVP.

ALL-HBCU: The top players, by position, in the 2021 HBCU football season

1991 marked the first time that a game between historically black colleges aired nationally on network television as the Bayou Classic premiered on NBC. In front of a national audience, the Bayou Classic did not disappoint. Southern knocked off Grambling 31-30 in the closest game in Bayou Classic history.

Each team entered the Bayou Classic rolling. On one hand, Grambling State displayed its prominence against an FBS opponent, holding an 18-point lead on Arizona before losing its quarterback in what became a 31-21 loss. On the other hand, Southern featured Lenard Tillery, the SWAC's all-time leading rusher, and his 1,431 rushing yards and 12 rushing touchdowns. The Bayou Classic was set up to be a clash of the titans.

On the field, it was a Tigerfest as Grambling State routed Southern 52-30. The Tigers finished the SWAC regular season in dominant fashion, with just one team staying within 20 points.

🐐: Here are the greatest individual seasons in HBCU football history

2021 was the first time that two Bayou Classics were played in one calendar year. The second game, in the fall season, was an instant classic. To start, the Bayou Classic made history as the first NCAA football game to allow the use of coach-to-player electronic communication technology, which allows a coach to speak directly to one player on the field who has a helmet receiver.

On the field, the Bayou Classic allowed two struggling teams — Southern entered 4-6 while Grambling entered 3-7 — to have a chance to end the season on a high note.

The star of the 2021 Bayou Classic was none other than kicker Garret Urban who made five field goals on the day. Named the MVP, Urban's fifth field goal with two seconds to play gave Grambling State the 29-26 win.