The digital version of the popular board game, Terraforming Mars, is free on Epic Games until early Thursday (May 12). 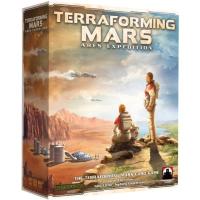 If you act quickly, PC players can nab the base game off the Epic Games store until Thursday at 11 a.m. EDT (1500 GMT). If you still want the physical board game, the base version of Terraforming Mars is still 22% off at Amazon, saving you just over $15 off its $69.95 price.