Hoping to head off an explosion of electronic pull tab machines at gas stations and liquor, grocery and convenience stores, North Dakota regulators want to change the definition of a bar to make clear where the wildly popular Las Vegas-style games that mimic slot machines will be allowed.

The state Attorney General’s Office, which oversees gambling in North Dakota, has identified a handful of gas stations and convenience stores that have begun selling and serving booze and are now “masquerading” as bars so that they can put the machines in their businesses, Attorney General Drew Wrigley said.

Wrigley and Deb McDaniel, North Dakota’s top gambling regulator, said the idea for the rule change is to clarify and preserve what they believe the intent of the Legislature was when it defined a bar as a “retail alcoholic beverage establishment where alcoholic beverages are dispensed and consumed.”

The amended language specifies that a bar does not include gas stations and liquor, grocery and convenience stores. A bar in a hotel, bowling alley or restaurant could still have the machines, under the new definition.

The North Dakota Gaming Commission scheduled a Thursday meeting at the state Capitol to discuss the proposed changes and to take public comments.

McDaniel said she expects heavy lobbying from the gambling industry to expand the games.

“I still believe we're going to see this in the next legislative session,” McDaniel said. “It will be up to the legislative body to decide if we want these in gas stations or not.”

Lawmakers approved the games in 2017 but they were not launched until August 2018. There are now more than 4,100 of the machines at some 770 sites around the state. Sioux County, home to a casino on the Standing Rock Sioux Reservation, is the only one of the state’s 53 counties that does not have the games, McDaniel said. 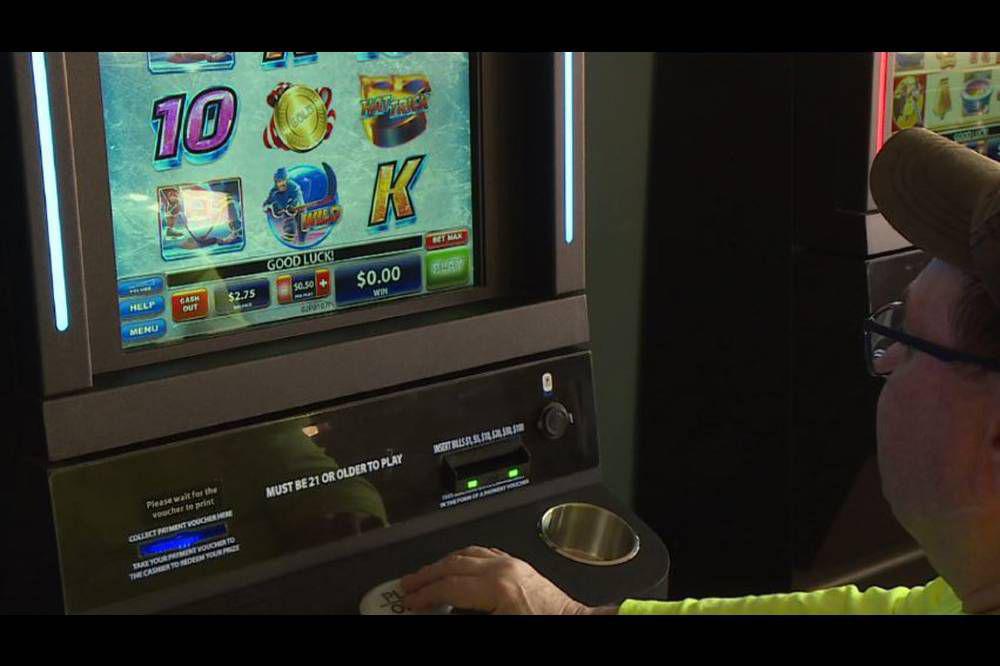 McDaniel said gamblers are on track to wager $1.8 billion in the machines in fiscal 2022, which ends June 30.

Charities split an estimated $130 million last year, up from nearly $95 million in fiscal 2020, which was a 25% increase from the year before. That money funds everything from youth sports to programs for the needy.

The proliferation and popularity of the games, however, has also raised worries about gambling addiction and the impact on American Indian casinos.

The North Dakota Legislature last year required e-pull tabs and other charitable gambling to contribute $40,000 annually to gambling treatment programs that previously were funded only by the state lottery at about $320,000 a year.

McDaniel said more regulators would have to be hired if the machines are placed in nontraditional bar settings.

“I would need at least five more people,” she said.

McDaniel said North Dakota’s five American Indian reservations are mostly feeling the effect of e-pull tabs. She said casinos on reservations likely have had revenues cut by 60% or more because of the games. Tribes aren’t required to publicly disclose revenues.

Legislation pushed by tribal leaders to limit the number of e-pull tab machines, and another bill to make them look less like slot machines, failed in the Republican-controlled Legislature last year.

Stay up-to-date on the latest in local and national government and political topics with our newsletter.

* I understand and agree that registration on or use of this site constitutes agreement to its user agreement and privacy policy.
Tags： what are electronic games
Latest： Guide: Casinos
Next： Global Toys and Games Market Size, Share & Trends Analysis Report 2022: Market Size is Anticipated to Reach $439.91 Billion by 2030 - ResearchAndMarkets.com
Popular Articles/span>