FIFA 23 will be the final video game released by EA Sports using the name of world soccer's governing body.

Electronic Arts have published a heavily branded soccer simulation under the FIFA banner every year since launching with FIFA 95 nearly three decades ago.

But after FIFA 23, which is due for release in September or October 2022, EA will switch things up.

EA Sports FC will be the company's first post-FIFA soccer game, arriving in 2023.

It is understood that neither FIFA, run by president Gianni Infantino, nor EA Sports wanted a rebrand.

But EA Sports decided to walk away after failing to agree a new branding deal with FIFA.

According to the New York Times, FIFA were asking for at least double the $150 million it currently receives annually from EA Sports. 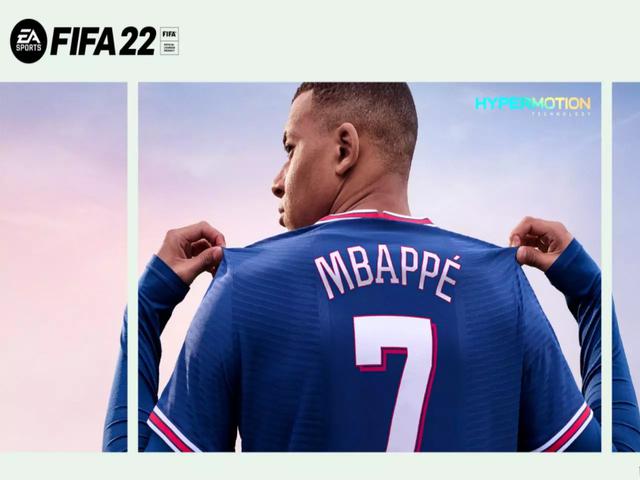 While a name change is a big deal, the product itself is not expected to change drastically.

The licensing agreement with FIFA is separate to the ones responsible for the naming and image rights of players and teams. So, in that sense, EA Sports FC will still be fully branded, although it will not feature the FIFA World Cup.

He wrote: "I want to start by thanking this incredible community of more than 150 million fans for helping build the world’s biggest football entertainment platform - EA SPORTS™ FIFA.

"Next year, EA SPORTS FC will become the future of football from EA SPORTS. Alongside our 300+ license partners across the sport, we’re ready to take global football experiences to new heights, on behalf of all football fans around the world.

"Everything you love about our games will be part of EA SPORTS FC – the same great experiences, modes, leagues, tournaments, clubs and athletes will be there. Ultimate Team, Career Mode, Pro Clubs and VOLTA Football will all be there. Our unique licensing portfolio of more than 19,000+ players, 700+ teams, 100+ stadiums and 30 leagues that we’ve continued to invest in for decades will still be there, uniquely in EA SPORTS FC. That includes exclusive partnerships with the Premier League, La Liga, Bundesliga, Serie A, the MLS – and more to come.

"This new independent platform will bring fresh opportunity – to innovate, create and evolve. This is much more than just a change of symbol - as EA SPORTS, we’re committed to ensuring EA SPORTS FC is a symbol of change. We’re dedicated to meaningfully reinvesting in the sport, and we’re excited to work with a large and increasing number of partners to expand to new authentic experiences that bring joy, inclusivity and immersion to a global community of fans. I look forward to sharing more detail on these plans in the coming months.

"EA SPORTS FC will allow us to realize this future and much more…but not before we deliver our most expansive game ever with our current naming rights partner, FIFA, for one more year. We are committed to ensuring the next FIFA is our best ever, with more features, game modes, World Cup content, clubs, leagues, competitions, and players than any FIFA title before.

"We’re incredibly excited to build the future of global football with all of you, and will be happy to share more info on EA SPORTS FC in Summer 2023. The future of the sport is very big and bright, and football fandom is reaching across every corner of the world. Global football has been part of EA SPORTS for nearly thirty years - and today, we’re ensuring that it will be for decades to come.

"We exist to create the future of football fandom – whether virtual or real, digital or physical, it’s all football. Thank you for your continued support."

Tags： what was the first electronic game
Latest： After 40 years, the creator of one of gaming's first female protagonists has been found
Next： Get the Terraforming Mars video game for free right now from Epic Games
Popular Articles/span>