"Our vision for EA Sports FC is to create the largest and most impactful football club in the world, at the epicenter of football fandom," said Electronic Arts CEO Andrew Wilson in the official announcement of the rebrand.

"For nearly 30 years, we’ve been building the world’s biggest football community - with hundreds of millions of players, thousands of athlete partners, and hundreds of leagues, federations, and teams. EA Sports FC will be the club for every one of them, and for football fans everywhere."

In the short term, then, what do you need to know about FIFA 23, beyond the fact that it will be the final game from EA to have the official FIFA branding? Keep on reading to find out.

When will the FIFA 23 release date be?

EA Sports normally releases its football games in the autumn, so we would expect the FIFA 23 release date to fall in September or October 2022.

You cannot pre-order FIFA 23 yet, but we'll be sure to update this page when you can.

What happened between FIFA and EA Sports?

This situation has been developing for a while now. On 7th October 2021, fans around the world found out that Electronic Arts had filed trademarks in the UK and Europe for a "computer game software" titled EA Sports FC.

In a statement posted on the EA website on that same day, EA explained it is "exploring the idea of renaming our global EA Sports football games. This means we’re reviewing our naming rights agreement with FIFA, which is separate from all our other official partnerships and licenses across the football world."

Following that, on 12th October, EA announced that it had renewed its partnership with FIFPro, the organisation (separate from FIFA itself) that represents thousands of professional footballers and holds the rights to their names and likenesses. As we understand it, it is the relationship between EA and FIFPro that allows real player faces and names to appear in EA's games.

"FIFPRO will continue to be an important partner as we build the next generation of EA Sports football experiences for players around the world," said EA Sports vice president David Jackson in the announcement. 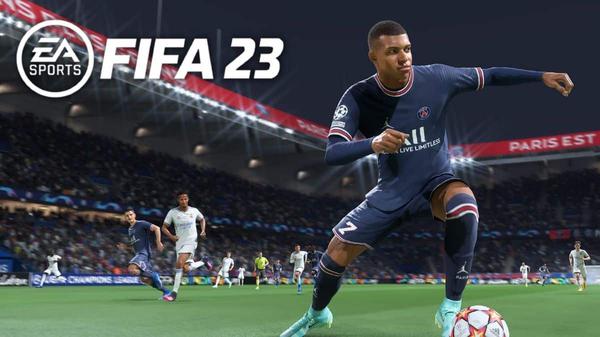 FIFA itself, the governing body of football in real life, posted its own statement on 15th October. One bit that stood out was this sentence: "FIFA is bullish and excited about the future in gaming and eSports for football, and it is clear that this needs to be a space that is occupied by more than one party controlling all rights."

Another interesting nugget was this claim: "FIFA is engaging with various industry players, including developers, investors and analysts, to build out a long-term view of the gaming, eSports and interactive entertainment sector." So it sounds like FIFA is looking to find new partners to collaborate with beyond EA.

Now we know that EA Sports and FIFA will collaborate for one final FIFA game, FIFA 23, before the companies go their separate ways.

From next year onwards, EA will be working on EA Sports FC while the FIFA organisation works with other gaming partners.

Get the best of RadioTimes.com sent to your inbox. You'll never miss a thing...

Sign up to be the first to know about breaking stories and new series!

What do we know about FIFA 23?

EA said it its blog post: "We are committed to ensuring the next FIFA is our best ever," so you don't need to worry about the developers phoning it in by the sounds of it. They also called it the "most expansive FIFA ever".

The developers promised in that blog that FIFA 23 will deliver "more features, game modes, World Cup content, clubs, leagues, competitions, and players than any FIFA title before". So it certainly sounds like they'll be going out with a bang.

One of the biggest rumours circling EA Sports' football game franchise in recent months is the suggestion that FIFA 23 will be free to play.

Much like Konami's recent eFootball project (which dropped the PES branding and totally rewrote its own rulebook), the rumour suggests that EA could be cooking up a football game that will have no upfront cost. Instead, the microtransactions in its Ultimate Team mode would be its main source of income.

However, these rumours are just that. Rumours. EA has not stated an intent to make its next football game free to play, but we'll be sure to update this article if that changes at a later date.

How will EA Sports FC be different?

Looking beyond FIFA 23 to the launch of EA Sports FC next year, the developers have said: "This new independent platform will bring fresh opportunity – to innovate, create and evolve.

"This is much more than just a change of symbol - as EA Sports, we’re committed to ensuring EA Sports FC is a symbol of change. We’re dedicated to meaningfully reinvesting in the sport, and we’re excited to work with a large and increasing number of partners to expand to new authentic experiences that bring joy, inclusivity and immersion to a global community of fans."

The blog post also made this big promise regarding next year's game: "Everything you love about our games will be part of EA Sports FC – the same great experiences, modes, leagues, tournaments, clubs and athletes will be there. Ultimate Team, Career Mode, Pro Clubs and VOLTA Football will all be there.

"Our unique licensing portfolio of more than 19,000+ players, 700+ teams, 100+ stadiums and 30 leagues that we’ve continued to invest in for decades will still be there, uniquely in EA Sports FC. That includes exclusive partnerships with the Premier League, La Liga, Bundesliga, Serie A, the MLS – and more to come."

Follow Radio Times Gaming on Twitter for all the latest insights. Or if you're looking for something to watch, see our TV Guide.

Visit our video game release schedule for all upcoming games on consoles. Swing by our hubs for more Gaming and Technology news.

The latest issue of Radio Times is on sale now – subscribe now to get each issue delivered to your door. For more from the biggest stars in TV, listen to the Radio Times podcast with Jane Garvey.