Neobanks have emerged in the age of digitalization and ever-connected consumers. Digital transformation has enabled banking activity previously unknown for economies in geographies that have historically been bereft of financial services. However, there is a global challenge of financial inclusion and in the digital age, digital inclusion in the modern day is synonymous with cloud-based banking. The modern neobank, like Migom Bank, is a digital entity, fully licensed and tightly regulated yet cloud-centric, with a light physical footprint but an agile approach to servicing a global audience.

Clearly, a lack of access to financial services can impede fiscal growth and stifle consumer markets. With over a billion people unbanked worldwide, there is a vast fertile territory for the neobanks, like Migom Bank, to deploy digital cloud banking to the reality of every-day life of businesses and their customers. Migom Bank, much like the neobanks servicing developed economies, has adopted a customer-first design, coupled with the best in class technology to change the face of value exchange and banking in emerging markets.

Neobanks that emerged in developed economies have been successful in building a moat of social capital around their brands as they filled the service gap left open by the financial behemoths of traditional banking. Even as that service gap has narrowed, neobanks have retained a generation of digital-savvy customers, expectant of new product features and flexibility in managing their finances. Migom Bank’s digital asset custody services are an excellent example of the nimble approach new technology has enabled and agile modern banks can offer their customers - allowing them to take advantage of emerging asset classes in a secure and regulated environment.

Despite the digital banking revolution, for a variety of reasons there exists a stark difference between developed and emerging economies and the level of service provision they receive. Developed markets remain over-served, whilst in emerging economies, the number of mobile phones held per capita typically exceeds the number of bank accounts. Migom Bank focuses on the opportunity presented in these under-served territories investing in expansion to reach untapped markets, bringing Swiss-grade standards of compliance and safe custody as well as deposit and transactional services through their correspondent banks and affiliated payment systems.

Migom Bank shares the characteristics of many neobanks, with a cloud-centric capability, yet moves beyond the standard offering with compliance focused customer-first philosophy, that can propel service delivery in any regulated jurisdiction in the world. Dynamic currency exchange, QR code payments, custody of digital assets and private closed-loop payments systems are all examples of the array of services that Migom Bank can deploy to enable growth, into not only new customer bases but simultaneously improving the prospects of the host economies through greater financial inclusion.

Migom Bank has positioned itself in this emerging niche market providing its global customers with a vast menu of traditional high street banking and fintech-type financial services. Its “Whole in One℠” slogan vividly outlines the one-stop shop approach aimed at satisfying the demand for the dynamic variety of financial products available in one click and on one screen, with a single pragmatic source of compliance.

There is no doubt as to the size of the challenge. According to FinExtra, In 2010, 2.5 billion people around the world were unbanked. By 2014, the number had fallen to 2 billion. As of 2017, the most recent year for which figures are available, a staggering 1.7 billion people are still unbanked. It can be expected that these numbers have dropped further but that still presents an enormous growth prospect for the banking industry and the wider global economy. To some degree, factors of remote habitation and destabilized governments and economies play their part. However, even in the US over 6% of U.S. households, or a total 14.1 million American adults, are unbanked, according to the most recent National Survey of Unbanked and Underbanked Households by the Federal Deposit Insurance Corporation (FDIC). Historical mistrust, problematic compliance and natural barriers can all play a part but the scope of numbers and the forward impact on socio-economic development in any nation cannot be overlooked.

An additional boost for digital payments can be central government disbursements. The World Bank projects digitising government payments may convert one hundred million unbanked people into ‘banked’. Unprecedented social and economic supportive programmes during COVID-19 converted forty million people in South America into the users of the banking system, with Brazil’s unbanked population falling by an astonishing 73 percent. These success stories reinforce that markets are ready for change and present a growth opportunity. 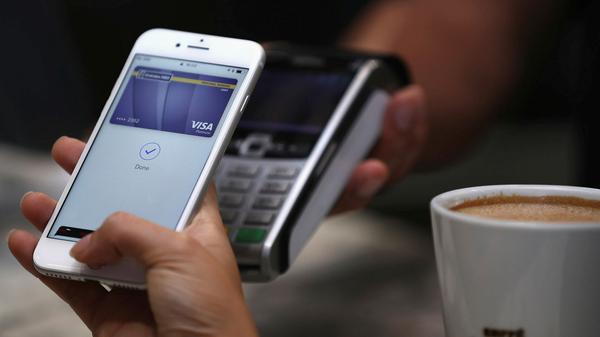 Should a market be ready, then the growth should be addressed sustainably. Responsible business should be governed by an ethical approach that actively tackles the factors that can be mitigated to ensure inclusion. Compliance - a term that can mask a plethora of agendas, is a clear and present danger to the unbanked.

Migom Bank takes pride in being able to provide a solution to the problem of the world's unbanked, with a strict but sustainable, business-driven approach to compliance, on a case by case basis. The approach gives both parties the opportunity to overcome what has become a natural barrier in resolving the unbanked dilemma and creates a truly symbiotic relationship with the growing list of the qualified customers.

As smartphone ownership increases alongside the growth of robust 4G and 5G networks, a case in point for establishing the validity of the concept of mobile banking and money has become ingrained even in such remote areas as sub-saharan Africa, sowing a fertile seed for feature-rich digital banking to be adopted around the globe.

Beyond the individual need for banking, fragmented communities need agile low-cost payment networks to sustain micro enterprises - closed loop payments provide a bedrock of stability to support micro-businesses. The pandemic acted as a catalyst for the global demise of cash, as contactless payments surged. Since 2010, the reduction in cash payments has been most significant in developed economies as more bank accounts and digitally enabled customers reside in these territories. Cash is also expensive to manage and in emerging economies these costs are magnified due to multiple factors, for example maintaining an ATM network over thousands of square miles.

These trends will be replicated in emerging economies but accelerated by players such as Migom Bank, willing and able to engage in driving digital adoption. Banking means more to the economy than just payments. Financial security via electronic banking infers financial longevity, security and is a natural breeding ground for other services, regulated and taxable to further support economies that must mature across a range of verticals. Migom Bank's “Whole in One℠'' offering stands out from under regulated neobanks in the same sector.

The range of products and services banks can provide can also alleviate pressures in access to credit and curb black market trade. Financial inclusion is undoubtedly a significant driver for global economic growth. The OECD Digital Economy Outlook for 2020 notes the digital divide being bridged and Covid-19 accelerating this trend. However, digitalization is not a panacea; for digital inclusion to be wholly successful, education and greater financial literacy is required at a global level.

Migom Bank is among the innovative neobanks that among other things can enable point of sale and online merchants to operate the closed-loop model based on secure QR Code-based payments, bridging the literacy gap. "Merchants and customers should be enticed by the incentives that our QR Code closed loop payment systems can offer. There are no chargebacks, long held reserve funds, equipment rentals, delays in funds settlement and the very high fees typically associated with usage of traditional payment cards online and in brick and mortar shops," explains Thomas Scheätti , the President of the bank.

"Furthermore, merchants may be awarded additional residual income when their customers, who started to use our QR Payments, engage in other banking services, which we may offer. That way a heavy expense item, when merchants give away up to a quarter of their profit for payment processing, may become an additional revenue center for the merchants for the life of those customers' accounts at Migom Bank."

Migom Bank has invested in the development of its own software supporting the QR closed loop payment system and expects to gain significant traction with merchants and customers globally due to our "customer first" design and rigorous, yet agile approach to compliance in unbanked markets.

The global economy is witnessing a time in history where emerging markets are able to leapfrog hurdles that appeared in the history of developed economies and benefit from sustainable, grass roots level economic prosperity by harnessing the services of modern, digital neobanks, like Migom Bank.

Tags： how to play the game of life electronic banking
Latest： How Crypto gaming (GameFi) is emerging as the new way to make money
Next： Invesco QQQ Launches Digital Game "How Not to Suck at Money," the official financial education program of the NCAA®
Popular Articles/span>