Electronic Arts, the venerable video game company, is facing a turning point in its critical sports division. The company announced Tuesday that it would be parting ways with FIFA after the next game in the franchise is released, ending a 20-year partnership that led to the world’s most popular soccer video game.

So while the company reported strong earnings Tuesday, and outlined a plan for what comes next post-FIFA, the FIFA deal was still top of mind for the company.

On Tuesday, EA said that it would create a new soccer brand called “EA Sports FC,” which would leverage the more than 150 million user accounts that EA has secured through its FIFA games. EA already has deals with UEFA Champions League, UEFA Europa League, CONMEBOL Libertadores, Premier League, Bundesliga, LaLiga, Serie A, and MLS, among others. All of those leagues (and, EA CEO Andrew Wilson notes, their 19,000 athletes) will be part of EA Sports FC. 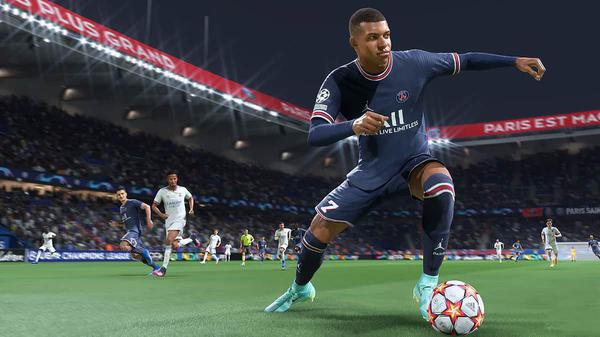 Fans, Wilson said, wanted EA to “move beyond just the core experience and really build out this football experience, and they wanted us to move really really fast.”

EA Sports FC will instead create more tailored experiences in local markets, where needed, like for LaLiga in Spain, Bundesliga in Germany, and Premier League in the U.K.

FIFA, meanwhile, emphasized the flexibility it now has, with the EA deal over. The organization says that it is already in development on “non-simulation” FIFA-branded games (think more cartoonish games, like the NBA Jam franchise is to NBA simulation games) for release later this year. It is also moving to a “non-exclusive licensing model,” and is “currently engaging with leading game publishers, media companies and investors in regard to the development of a major new FIFA simulation football game title for 2024.”

“I can assure you that the only authentic, real game that has the FIFA name will be the best one available for gamers and football fans,” FIFA president Gianni Infantino said. “The FIFA name is the only global, original title. FIFA 23, FIFA 24, FIFA 25 and FIFA 26, and so on – the constant is the FIFA name and it will remain forever and remain the best.”

Still, it is hard to ignore the impact of the FIFA games produced by EA Sports. While there is still one to go (EA Sports FIFA 23, to be released later this year), its loss will be felt. EA cited FIFA as a key growth driver in full game bookings, with FIFA 22 being “the most successful” in the game’s 20 year history.

FIFA, meanwhile, benefitted from EA’s long history in sports simulation games, including the Madden NFL franchise, as well as licensed games for the NBA, NHL, Formula 1 and UFC. More partners mean more games, but if the games don’t live up to the high bar of EA’s FIFA games, it could backfire.

And whoever FIFA chooses to produce upcoming simulation games, they will have to build something from scratch and compete with EA’s new FC offering, with EA using its two decades of soccer simulation technology moving to the new FC brand.

The company also says that it does not expect to return to the Russian market at this time.

Going forward, the company cited FIFA 23 as a high point.

“We worked closely together as two organizations to ensure that we could desire the biggest FIFA this year that we have ever delivered,” Wilson said. “We worked to do that because we thought it was important to our fans.”