The Department of Justice (DOJ) on Tuesday launched a statewide civil rights investigation into Georgia prisons after at least 26 inmates were killed in state facilities last year.

"We are also investigating sexual abuse of gay, lesbian and transgender prisoners by prisoners and staff," she said.

She added that DOJ is opening the investigation pursuant to the Civil Rights of Institutionalized Persons Act (CRIPA), which allows the Attorney General (AG) of the United States to take civil action against state or local prisons if the AG has reasonable cause to believe a prisoner is subjected to conditions that deprive him or her of constitutional rights.

"We've drawn no conclusions yet. This investigation will allow us to go in and understand facts, and if we determine that there has been a violation of the law, we'll work with the state to try and identify a mutually acceptable resolution," Clarke told reporters. "We've had success doing this work in other states across the country, including…the Edna facility in New Jersey." 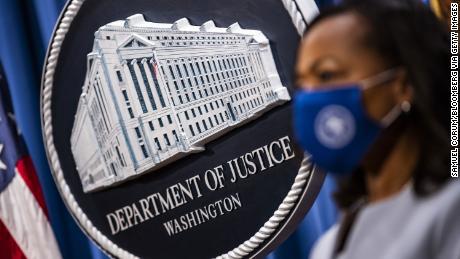 Clarke said the DOJ is "committed to ensuring safe conditions for all people held inside prisons" but when asked by a reporter, added that she could not speak to similar allegations inside of federal prisons under the Bureau of Prisons (BOP), since her division of the department does not have oversight of BOP. The U.S. Attorney General, however, does have oversight authority over the BOP.

Acting U.S. Attorney Kurt Erskine for the Northern District of Georgia said he is "confident" the investigation "will be independent and thorough and fair"

"Violent assault is not a legal or morally acceptable part of a lawful prison sentence," said Acting U.S. Attorney for the Southern District of Georgia David Estes.

DOJ notified the Georgia state attorney general on Feb. 5, 2016 about its investigation into Georgia prisons over allegations of abuse against LGBTQ prisoners. The department has been looking into allegations of civil rights violations within state prisons "for years" but Clarke could not comment on the status of that inquiry on Tuesday.

The latest investigation is based on publicly available information and complaints.