Do violent video games make players violent, is the question that everyone askes when video games are talked about. Many studies say they do, while others say otherwise. When talking about this topic people look at studies that look at the effect of a person after they have played a violent game, but not what happened in the game or the personality of the person. I play many different games from adventure to violent games. As a gamer, I do not believe that violent video games make a person violent.

Violent video games fall under many categories; competitive games, arcade, story driven games, and open world sandbox games. Categorizing all games that include violence in one genre is too broad of an area to find one definite conclusion. Different games will cause a different reaction out of a player. In a competitive game such as Counter Strike Global Offensives, place two five player teams against each other in a round based system, where the team to win sixteen rounds first wins. Players that play this game are thrown right into to action and put under pressure fast by teammates and the opposing team, outburst of anger from player for losing a match is frequent because of constant pressure. This type of game is different from a story driven game such as Far Cry 5. In this game the player is a sheriff’s deputy in a valley in Montana where extremist have taken control, and the players job is to start a rebellion to over throw the religious extremist. This game is a slow pace and has a more relaxed tone than a game competitive game, with no forced pressure to do good but to complete the story and save the valley. Basing all violent video games as one genre will not show a definite conclusion to the question, but instead mislead those who know little about the topic.

Reports have shown that over 90% of children have played video games and had also stated that 85% of videogames on the market have some form of violence (Scutti). However, many children are not necessary overly violent or aggressive. Whitney DeCamp at Western Michigan University states, that many studies that have trouble recording how to tell if the violence level in players have changes and claims that they are measured by non-violence outcomes. DeCamp concluded that violent video games do not make a player violent (DeCamp). Due to the large amount of children playing violent video games there is a small minority that commit violent acts. One study conducted showed that as sales for video games increased from 1996-2004 the total violent crime offences have decreased by a substation number (“Chasing the Dream.”). Video games give players alternative than going out and making stupid decisions, allowing them to become immersed into fantasy world and becoming the hero or the villain as they chose. Offering an escape from reality for a little while. 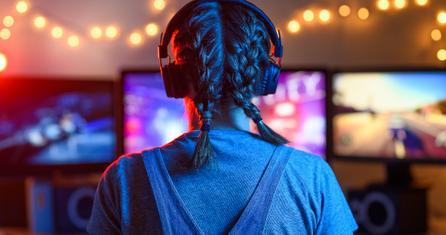 I have been playing video games all my life. I have played calm slow-paced games and violent fast paced games. Violent games have not made me a violent person, it gives me an escape from the stress of every day life. Violent video games do not make players violent.

Tags： do video games lead to violence cnn cable news network
Latest： PS4 Trade-in: How Much is My PS4 Worth? (Sep 2021)
Next： Downloads - Xbox (Original) - The Tech Game
Popular Articles/span>